According to Richmond Times Dispatch, Gov. Bob McDonnell, R-Va., announced a $585 million revenue surplus, marking the largest since 2005. He outlined to legislators on the House of Delegates and Virginia Senate the $264.3 million in revenue surplus and $320.7 million in savings. He praised his administration’s four-year efforts and announced the state’s reserve to reach about $1 billion by the end of his 2014-16 farewell budget. This is the fourth straight year of a budget surplus during McDonnell’s administration, in which Virginia reported surpluses of $403 million in 2010; $544.8 million in 2011, and $448.5 million in 2012. 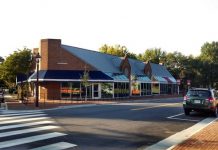