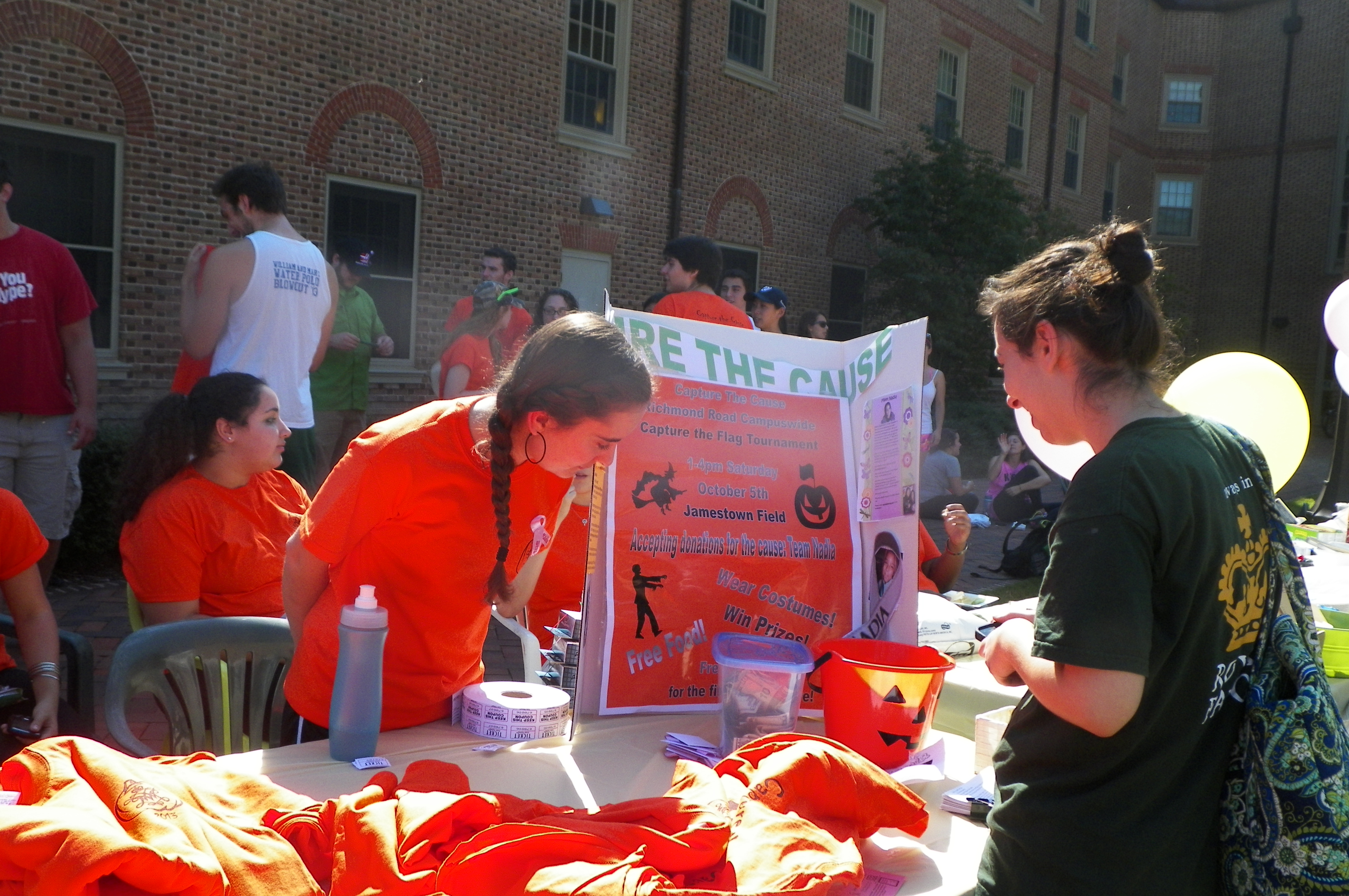 When the Richmond Road area Residence Life staff met to discuss their annual campus-wide event, they came together to help a member of the College of William and Mary community. They decided to host a capture the flag event titled ‘Capture the Cure’ on the fields outside of Jamestown to benefit TEAM Nadia.

The organization is composed of five central people, ranging from cancer survivors to mothers and friends. Each member of the core team found that they naturally took on specific roles of support that catered to their personality types.

TEAM Nadia is an internal support system formed to help a member of the College’s professional staff community and her family. In mid-May, Angela Mason’s coworkers and friends found out that Nadia, Mason’s  12-year-old daughter, had been diagnosed with stage four nasopharyngeal carcinoma. This form of cancer, also known as NPC, affects the ears, nose and throat area.

“In the beginning, it looked like a severe case of allergies,” TEAM Nadia logistical planner Jessica Raymond said. She wore a TEAM Nadia ribbon on her lapel. “This lasted for around six months before she finally went into a small out-patient surgery to relieve some pressure. That was when they found one of six tumors.”

Cancer is unwelcome news in any community. As Angela’s co-workers found out about Nadia’s cancer, they all sought their own ways to cope.

“You start to question things when a twelve year old is diagnosed with stage four cancer,” Raymond said.

As time went on, Angela’s co-workers realized that if they relied on each other in a mutual support system, it would make things easier to deal with. And so they created TEAM Nadia.

“We were five people coming together asking ourselves, what could we do?” Raymond said. “Because life goes on and work goes on and we all really wanted to be there to support Angela and Nadia.”

Over the summer, Raymond found a volunteer opportunity for TEAM Nadia by working with Revolution 3, a company that sponsors triathlons. A race was hosted in Williamsburg and TEAM Nadia gathered fifty of their troops. Friends, family and summer ResLife staff attended the event, raising $1,000 for TEAM Nadia.

“I took on more of the logistical work, opening a bank account and finding volunteer opportunities to benefit TEAM Nadia,” Raymond said. “Another member of our team is a hugger, and one is there to help Nadia and her family understand what is going to happen during her treatments.”

The combined efforts took a tremendous strain off of Nadia’s family, because the money paid for her treatments over the summer.

“Nadia calls this her team,” Raymond said. “She really steers the ship.”

Even during her treatments, Nadia was looking for ways to help other patients. With such a support system around her, Nadia was inspired to help others by bringing in toys and other hospital necessities for fellow patients.

The experience of working for TEAM Nadia impacted the  ResLife staff, resulting in the campus wide event to benefit Nadia.

“They had a connection to Nadia,” Area Director of Richmond Road Jenn Garcia said. “Nadia was standing up for others, and so someone should be standing up for her … You have to be your own advocate.”

The event had food, prizes and of course a capture the flag game. Taylor F., a Resident Assistant, says that the event “was really cool. It was nice to see people enter and play, not only to have fun but to also help a really great cause.”

The event also had a slight focus on health education for college students, with flyers urging students to take their health seriously.

“When people around you whom you care for are suffering, you don’t think about being inconvenienced,” Raymond said.