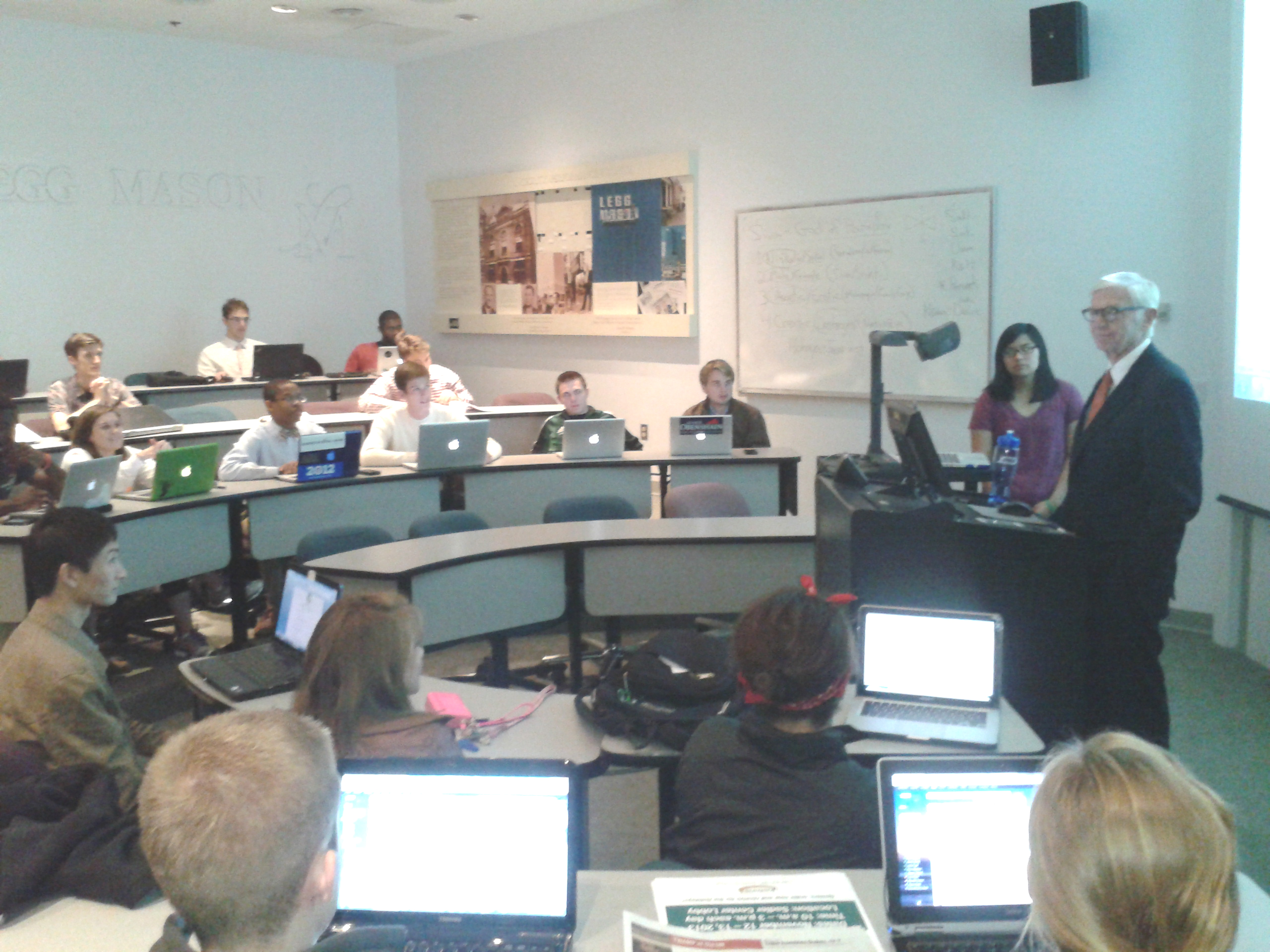 Before attending the remainder of the meeting, Reveley encouraged SA members to pursue political careers.

“Politics is a very noble and crucial calling to go into,” Reveley said. “I would love to see another governor of Virginia or — even better — president of the United States coming out of William and Mary.”

During the meeting, Secretary of Health and Safety Alicia Moore ’14 provided a health center report informing the senate that, due to a miscommunication, the Student Health Center has been charging students the full price for STI testing, rather than the subsidized cost.

“[Student Health Center employers] haven’t been billing us for the test; they’ve been charging [students] at the full price,” Moore said. “That has since changed as of this week, the last week of October. They now will start billing at the subsidy price.”

Last week, Sen. Caleb Stone J.D. ’15 and Sen. Patrick Johnson Ph.D. ’18 introduced the Student Development Act, which sought to amend the portion of the SA code outlining the makeup of the Executive Appropriations Committee by increasing the ratio of graduate to undergraduate students who sit on the committee.

“The current revision is to have a representative from each graduate program that doesn’t get all of their money returned by the school — that would be arts and science, law, business and education — to have a guaranteed voice along with undergrad[uate] students from each class and two standing undergraduates to match the ratio of undergraduates to graduates,” Johnson said.

As it currently stands, the EAC is composed of one undergraduate student from each class, two graduate students and one member-at-large. The Secretary of Finance serves as the Chair of the EAC and is a non-voting member.

“We’re required by [the SA] code to make the EAC look like the school body at large,” Stone said. “The rest of the graduate schools each get one vote; we each get equal representation.”

Undergraduate senators raised concerns over how accurately this ratio represents the student body. Associate Director of Student Leadership Development Trici Fredrick M.Ed. ’05 questioned whether five graduate students would be willing to sit on the EAC before Stone and Johnson withdrew the bill.

The senate will vote on the bill Tuesday, Nov. 5.

The senate also unanimously passed the Know Your Rights Distribution Act, which allocated $640 for SA members to distribute “Know Your Rights” cards to undergraduates, as well as the Constitutional Amendment Changing the Election Date Act. This act changes the code and allows the senate chairman, SA president and Elections Commission Chair to change the date of the freshman or general election in the event of an unanticipated technical error or other emergency, such as those seen in this semester’s freshman elections.

Soultanis updated the senate on the SA’s finances. The SA has spent $73,394.46 this semester, although some of this money is allocated and will be returned at a later date. The SA’s largest expense this semester is the $30,000 to be spent on the Charter Day concert.

Class of 2016 senators introduced the Swem Snacks 3 Act. The bill allocates up to $400 for SA members to provide healthy snacks at 9 p.m. Sunday evenings in Earl Gregg Swem Library. McConnell assigned the bill to the finance, student life and outreach committees.