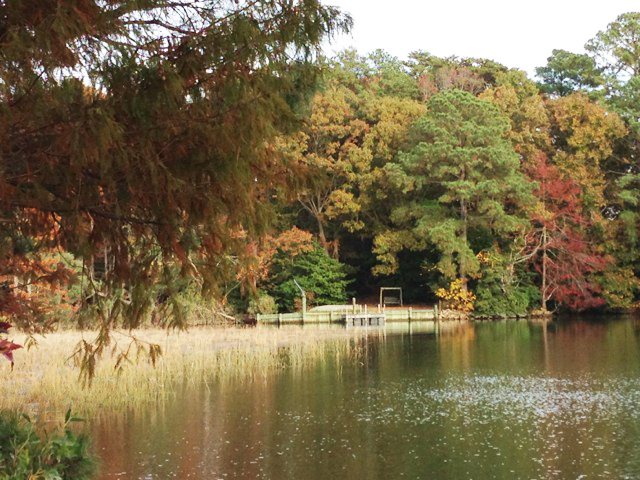 The James River received a “C” grade for overall health in the 2013 State of the James Report. With a score of 53 percent, the river, one of the three main tributaries to the Chesapeake Bay, improved two percent since its previous assessment in 2011.

“A strong indicator of the James’s ability to provide a habitat for natural species would be the fact that we have been able to detect approximately 205 breeding pairs of bald eagles, which are a known endangered species along the James,” Brunkow said.

Despite these advances in habitability, the river continues to face major challenges, including excessive sediments leaching into the waters — a nearly twenty-year long problem.

“An important source of sediment to the river is urbanization,” professor James Kaste said. “If you look around, there’s a lot of pavement and when it rains the water accumulates and concentrates on paved surfaces … leading sediments to enter the water ways much more easily.”

When these excessive sediments enter the waters, they foster the growth of harmful levels of algal blooms and provide surface area to transport other contaminants, making it difficult for fish and other aquatic species to survive.

Although scientists believe pollutants are direct causes of the river’s lagging health, there is no easy fix available, a fact recognized by environmental scientist Dr. Randy Campbell. Campbell, who works for the Keck Observatory and studies sediment runoffs into College Creek, a James tributary.

“There are all these wonderful, well-intentioned, best management practices to reduce sediment runoff such as [forested] buffer strips, but water often runs off in non-specific points, and it becomes very hard to manage,” Campbell said.

In spite of the looming difficulty of this task, a recent mandate issued by the Environmental Protection Agency requires jurisdictions located in the Chesapeake Bay watershed to develop plans of action for eliminating a specified amount of sediment from entering their local tributary, all by 2025 – a goal that applies to the College of William and Mary as well.

To begin this process of improvement, Brunkow advocates for a simple approach.

“Getting people to care about the river is the first step to them becoming stewards for the research and, eventually, advocates for the health and well-being of the James as a whole,” Brunkow said.