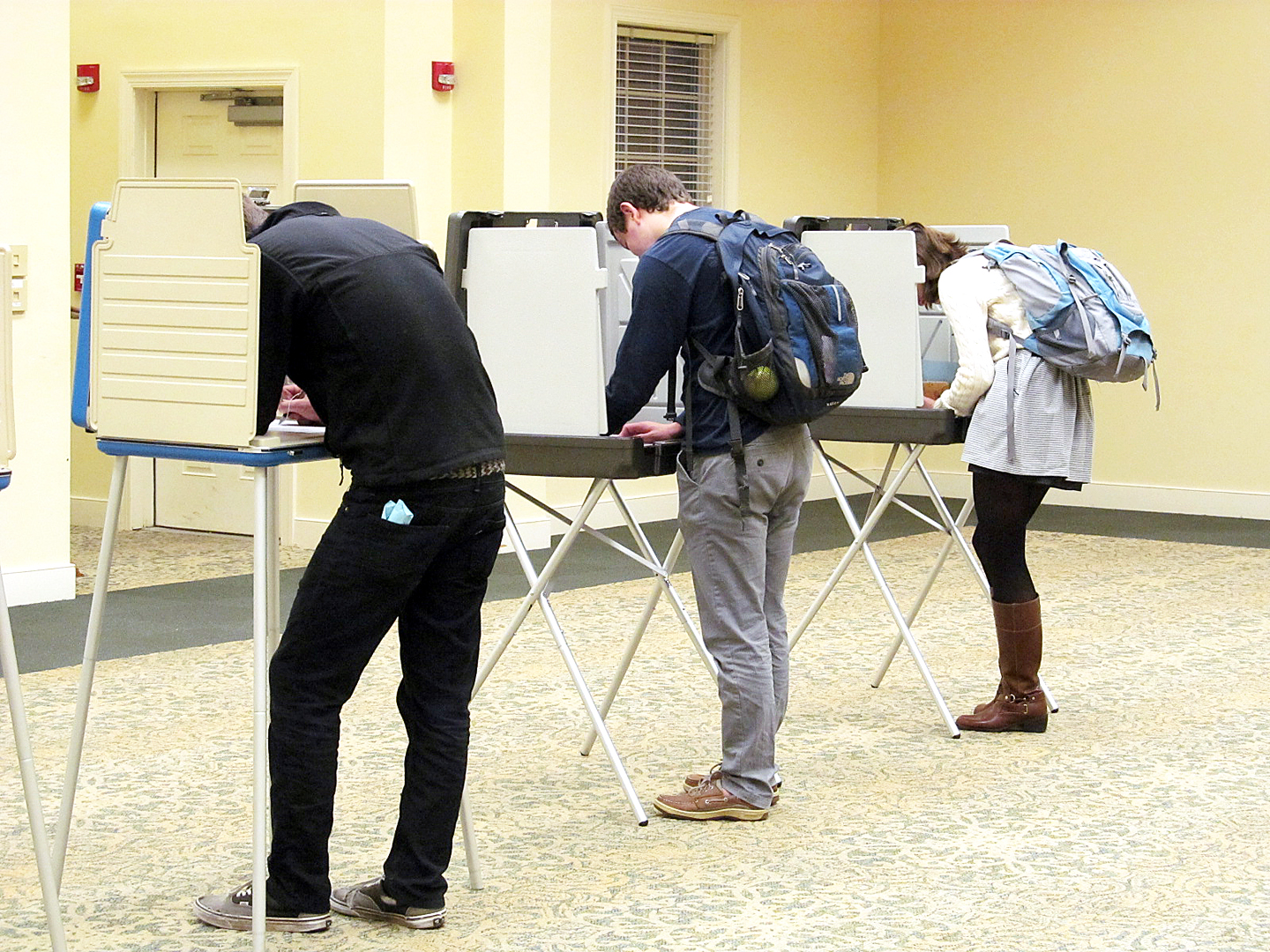 McAuliffe’s main opponents, Ken Cuccinelli and Robert Sarvis, received 45.25 and 6.52 percent of the votes, respectively. In the city of Williamsburg, McAuliffe won 63 percent of the 4,362 votes in the precinct.

“Voter turnout was great this year,” College of William and Mary Student Assembly Secretary of Public Affairs Zachary Woodward ’14 said. “In the precinct where most students vote, over 2,200 people voted, which is about twice what it was in 2011. Obviously it was lower than in a presidential year but that’s to be expected.”

Some members of the College community said they were concerned with Cuccinelli’s conservative stance on social issues, as well as with McAuliffe’s lack of experience working in government.

“I think it was one of the more unusual gubernatorial elections in Virginia,” State Senator Tommy Norment, R-3 said. “All of the polling right up until the very end suggested the vast majority of voters had a more unfavorable impression of the candidates rather than a favorable one. A lot of people were voting in a negative way.”

A social liberal, Governor-elect McAuliffe focused on job creation and social liberties throughout his campaign. McAuliffe said that he wanted to reduce taxes that block the growth of small businesses.

McAuliffe has never held public office before, and is not originally from Virginia.

“I think that Richmond is going to be a surprise to him, but Virginia has become a much more diversified state so the fact that he’s not a native Virginian is not a drawback,” Norment said. “McAuliffe will find himself challenged in that he has only been a political party activist. Running state government is very different from running a business. In state government, not everything can be resolved by schmoozing.”

“Virginia’s colleges and universities are one  [of] the best assets we’ve got and many of them are top-flight, global institutions,” McAuliffe said in a statement on his campaign website. “Unfortunately, we stopped supporting the system adequately. Our community colleges and four-year schools are all underfunded and this is pushing higher education out of reach for too many Virginians.”

Over the past five years, tuition in the state of Virginia has increased by 45 percent. McAuliffe plans to improve funding for higher education and to lower tuition.

One of McAuliffe’s other primary goals, the expansion of Medicaid under the Affordable Care Act, may impact his plans to increase funding for higher education.

“One of the interesting challenges he will face is expanding Medicaid,” Chair of the College’s government department, John McGlennon said. “Under Obamacare, this would allow coverage [for] another 470,000 Virginians. [I hope that] by expanding Medicaid, that will draw in a lot of federal dollars that would allow him to take $.5 billion a year, which the state is spending on healthcare and put it to other uses. This is where he may find the money to put towards education, or infrastructure, or something like that.”

Although he is entering a politically divided legislature, McAuliffe said he plans to put party labels aside in order to work for the benefit of the commonwealth.

Soon after the election, McAuliffe said he hopes to make some changes to state policies. First, he pledged to protect state employees from discrimination, regardless of gender or sexual orientation.

“I voted for McAuliffe first and foremost because he is explicitly against discrimination based on sexual orientation, a position that he reiterated in his acceptance speech,” Christian Bale ’14 said. “I’m hoping that he will sign an executive order enabling the College to extend same-sex partner benefits.”

In a reaction to the recent gifts scandal involving Virginia Governor Bob McDonnell (R-Va.), McAuliffe has also pledged to sign an order placing a $100 limit on the value of any received gifts.

McAuliffe’s transition team includes politicians from both sides of the party aisle. Advisor to the College of William and Mary’s Board of Directors, Paul Reagan ’82, will lead the transition team.

“In a legislative branch of government you have to be developing consensus,” Norment said. “The most critical thing is who he surrounds himself with. He needs to surround himself with good people.”