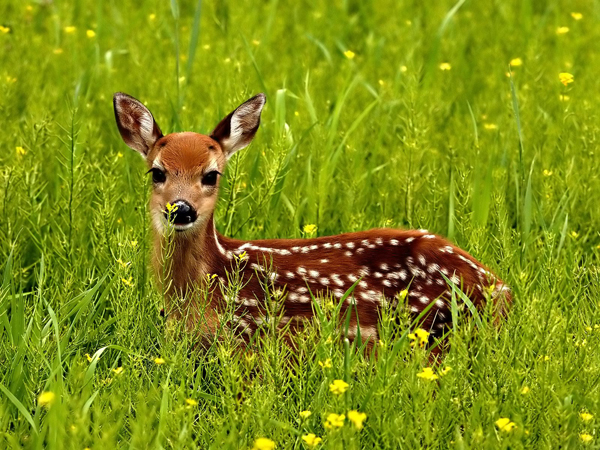 The biology department is currently studying the changing aspects of local wildlife, especially in the College Woods located behind the Recreation Center.

Biology professors Matthias Leu and Martha Case and their students are studying the impact of deer browsing on the College Woods. Deer browse among the leaves, twigs and buds of forest plants, which are staples of the traditional deer diet. Because of the interconnectedness in an ecosystem, deer browsing has many adverse effects on the entire woods.

Case, who studies lady’s slipper orchids in the area, has watched her research disappear as the deer have eaten all of her specimens. According to Case, what once was a large population of about 200 specimen has dwindled to only a handful of individuals.

“Under normal circumstances with a deer population that is not so dense, the deer would be eating stuff anyway, it’s just they wouldn’t be eating everything,” Case said.

Case noted in a preliminary estimate that nearly 40 percent of the species in the woods could have been wiped out due to deer browsing. The inability of these plant populations, the fundamental producers of the woods, to regenerate can have cascading effects on subsequent populations in the woods and “change the whole forest dynamic,” according to Case.

“It’s not the deer’s fault, but we have created a predator-free zone filled with their favorite foods, so they bred and bred and bred and now they have little left to eat and are ruining the habitat for themselves and all other wildlife, while increasing our risk of disease,” biology professor Dan Cristol said in an email.

According to Cristol, the deer need to be fenced out or hunted to prevent further environmental consequences.

Leu says one consequence of the large deer presence is the decline in neotropical migrant bird species. However, this decline is not solely due to deer. Leu and his students are also researching the effects of urbanization on the woods.

One of their studies involves attaching radio transmitters to wood thrushes, a declining species, to see how they respond to urbanization by tracking the overlaps of their habitats and urban areas. Leu and his students have also studied the effects of forest fragmentation on frog populations that breed in ponds that may be eradicated due to urbanization.

Invasive species, such as Japanese stilt grass, are also weeding out the native wildflower populations in the woods. In the face of this, as well as climate change, edge effects, the effects from what happens around the edges of the woods, and deer browsing, the woods face a torrent of challenges.

“The thing that concerns me is I don’t think the public has an awareness of the connections between different kinds of species in the woods,” Case said.

Both Leu and Case agree that preserving the woods is important.

“As long as we don’t expand into the College Woods, if we can preserve the College Woods as is, then I think we’re making actually a huge contribution to the conservation of biodiversity,” Leu said.

Case also noted the importance of lessening the trampling of inhabitants of the woods by cutting back on the number of trails.

“We have too many trails in the woods. Having community support for maintenance of the main trails and elimination of superfluous trails would be a good conservation effort,” Case said.

According to Case there is no formal conservation plan for the College Woods because the magnitude of the problem is still not well understood. However, the Board of Visitors did pass a resolution in 1994 that determined the College Woods and Lake Matoaka would “be considered a natural preserve, to be used with all due care and consideration.”