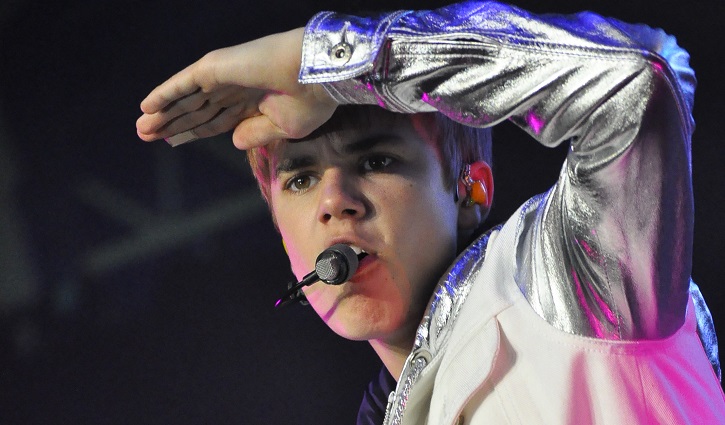 This past week was one of great shock and turmoil for Americans.

At a time like this, I can only quote the Black Eyed Peas to describe our pain and confusion: “What’s wrong with the world, Mama?”

Thank you Will.i.am, Fergie and the other two for this great question. Early in the week, winter proved that a little global warming goes a long way as it — taking its cue from Miley Cyrus — came in like a wrecking ball and forced us all into the Polar Vortex.

Now the question remains, is this Polar Vortex forever? We are being held hostage by winter, and I can’t make sense of it. It’s challenging to wake up flawless, like Beyonce, when winter decides to cut us down.

Early last week we were frozen and flawed, but still hopeful — and then, things took an abrupt turn for the worst.

A 19-year-old Canadian immigrant terrorized the streets of Miami with his posse of aggressors.

Justin Bieber was arrested early Thursday morning for a DUI and several other charges, including resisting arrest and drag racing.

Justin, this is not “The Fast and the Furious,” alright? There are real life consequences for driving like Mr. Diesel and his crew.

I apologize if my tone comes off as condescending, but Justin needs to learn. He is playing games with our hearts, and it just isn’t right.

One day he claims he aspires to be a role model for his young fans and the next he pulls a stunt like this. I have looked up to JB on several occasions.

In fact, one of the main motivations for my writing is to match the unprecedented skill of his song writing, most specifically in his multi-platinum hit, “Baby.” Seriously, how does that much talent come from one person? Who will I turn to for inspiration now?

Gosh, Justin, I am hurt. We are all hurt by your actions. A few acquaintances of mine are attempting to organize a National Day of Grieving for everyone who still needs time to process this event.

This is the time when Americans turn on their televisions and radios to look for answers and comfort for these multiple crises. CNN then hit the nail on the head when they devoted 10 minutes of Don Lemon’s one-hour show to dissecting Justin Bieber’s actions.

First of all, only 10 minutes, CNN? Really? You all spent approximately one minute on John Kerry’s discussions about Iran’s nuclear power, as if anyone cares.

Call me crazy, but that precious time should have been used for further Justin Bieber updates, which is exactly what the average CNN viewer is undoubtedly more concerned with.

Feldman and Lohan were quick to blame the Beebs’ parents for condoning his behavior and suggested that perhaps parents of young, wealthy celebrities should set up rules for their starlets.

This advice coming from Michael Lohan is almost too ironic. The father of a celebrity with a criminal record up the wazoo is going to tell JB’s parents how to parent?

Okay, ethically speaking, CNN, that was a great call. Now you have my attention.

Feldman’s professional opinion that Justin Bieber’s parents should act like his parents and not his friends is controversial to say the least and offers no insight into the root of Justin’s innermost demons.

Can you please elaborate on what a “parent’s role” should be when your child is wealthy enough to buy and sell you?

In addition, Justin is a teenager; he does not need his parents all up in his grill, bro. How can Feldman suggest that Justin Bieber needs better role models when the Beebs is a decorated role model himself?

CNN’s segment only further added to my confusion about the incident; however, I am glad we can turn to world-class news organizations for in-depth analyses about everyone’s favorite Canadian.

Sorry, Drake and Canadian bacon, but that’s the raw truth.

That would be shameful and no doubt puts journalistic integrity in question.

I am proud of CNN for uniting us and attempting to comfort us during this difficult time.

Keep Justin in your thoughts and lean on family and friends during this time — not just for support, but truthfully, for added warmth, because the weather outside is frightful.

Zoe Johnson is a Confusion Corner columnist and is making arrangements to flee the county before Justin “Baby” Bieber resumes his reign of terror and Polar Vortex: The Sequel hits.