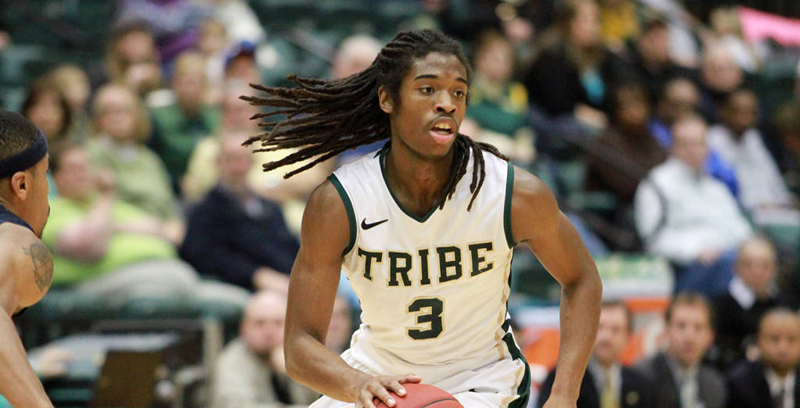 While Saturday’s matchup turned on a single play, one that qualified for SportsCenter’s “Top 10 Plays,” Monday night’s matchup came down to an entire half of phenomenally efficient offensive playmaking — the kind that, like Prewitt’s dunk, no one thought possible. The Tribe (12-7, 4-2 CAA) scored 49 points in the second half on 69.9 percent shooting with no turnovers.

Both turnarounds revolved around Thornton, who scored 26 points in each game, most of which came in the second half.

“The overall thing is Marcus Thornton is a guy I don’t have,” Charleston head coach Doug Wojcik said.

Charleston provided tough matchups in the frontcourt for the Tribe. Power forward Willis Hall, one of the most prolific big men in the conference and dangerous on the offensive end both inside and outside of the paint, proved an especially hard cover.

“You couldn’t make me believe coming into this game that Tim Rusthoven was going to play 15 minutes, and we’re [going to] win this ballgame,” Shaver said. “Sean Sheldon played great — just a lot of guys making things happen for us.”

Four minutes into the second half, the Tribe engineered a 13-2 run that was built off sound defense coupled with miraculous three-point shooting. On three successive possessions, the Tribe knocked down threes, including senior guard Julian Boatner’s only two field goal attempts of the game.

“The way they played defense, they weren’t helping out on the shooters at all,” Britt said. “Coming off the ball-screens, we were able to drive the ball. But Boatner came in and made two big shots, and Marcus is always making tough shots.”

The Tribe nabbed five steals and forced seven turnovers in the second half, during which the Cougars only scored 29 points. Charleston’s inside game deteriorated over the course of the final 20 minutes. In the second half, the Cougars offense became one-dimensional and relied on deep threes. Charleston attempted 23 three-pointers to the Tribe’s 13, an unusual statistic that belies the Tribe’s 53 percent shooting percentage for the game.

The slowdown in the Cougars offense was possibly due to fatigue. Charleston’s starters each played over 27 minutes, and three of them played over 35 minutes. Meanwhile, the Tribe reaped the rewards of a deep rotation, sending out just two players for more than 25 minutes.

“We got a lot of guys, a lot of depth, three starters on the bench,” Thornton said. “So we can just play freely, get into our sets, and find a rhythm.”

With a game against the current Colonial Athletic Association leader Delaware Wednesday, Shaver was candid about what he wants from his team as it heads into its final nine regular season games.