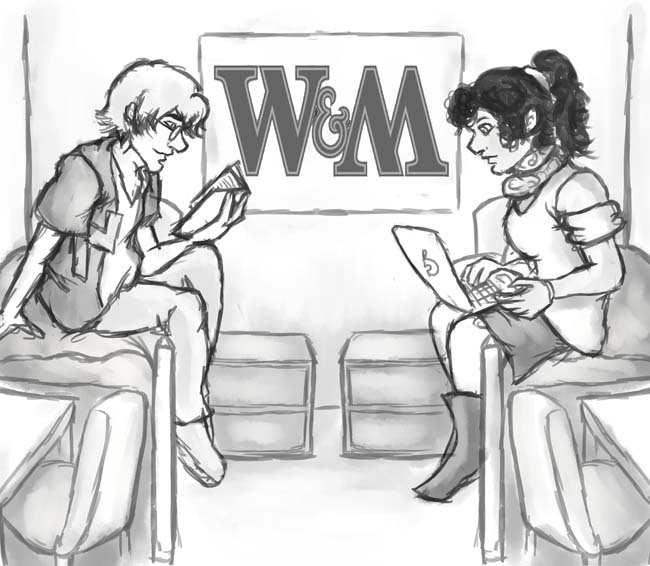 Residence Life at the College of William and Mary has done a commendable job ensuring housing for its students. That said, some could benefit from a gender-neutral option. Men and women sharing a dorm room and bathroom on campus may deviate from the norm, but it would improve life for LGBTQ students.

LGBTQ students may feel uncomfortable living in the same room with other students of the same sex (and vice versa). Put into perspective: Imagine a straight person being required to live with another straight person of the opposite sex. Some may not be enthusiastic about this arrangement for obvious reasons. The College currently has an LGBTQ friendly rating of 3.5 out of 5 on the Campus Climate index — a rating that we should strive to improve. Gender-neutral housing could create a more healthy and accommodating environment for LGBTQ students.

While colleges may have refrained from instituting gender-neutral housing due to the problems that may arise between straight couples that elect to live together, colleges should not have authority over the living decisions of legal adults. Should the College allow gender-neutral housing, it would be advisable for couples — gay or straight — not to live together, but this is a decision for students to make themselves.

For those skeptical of gender-neutral housing because of its unfamiliarity, consider that 40 years ago the College’s administrators viewed co-ed dorms, which we now take for granted, with the same apprehension. In 1978, Taliaferro Hall became the first co-ed freshman dorm on campus with 44 men and nine women; students needed to get their parents’ permission in order to live there. Jack Morgan, then associate dean of students for ResLife, said co-ed dorms were not “developmentally sound for freshmen” and considered the co-ed Taliaferro as no more than an experiment brought about by lack of space. Today, all College freshman dorms are co-ed, and students could hardly conceive of it differently.

Setting aside rooms for gender-neutral housing would not be difficult with the College’s surplus of residence halls. A floor or even a hall would be sufficient to satisfy the current low demand, and it could be monitored as an experiment, like Taliaferro Hall in 1978. ResLife could gauge student interest for gender-neutral housing on its satisfaction survey and hold focus groups. ResLife has been very responsive in the past, and the conversion of the Units, DuPont Hall and Barrett Hall from freshman to upper-classmen dorms (and vice versa) reflect that. ResLife would be instrumental to the success this experiment.

Meredith Ramey recused herself from this staff editorial due to a conflict of interest.