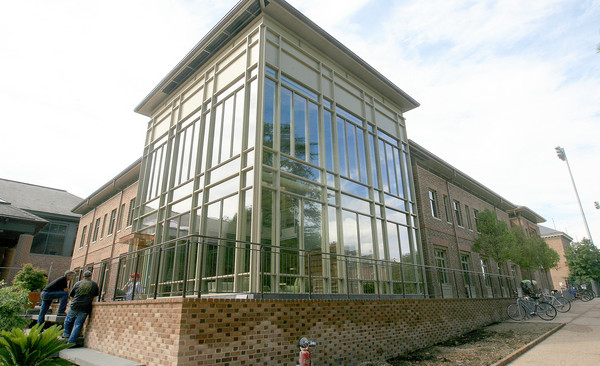 A record number of graduates from the College of William and Mary’s class of 2013 found employment within five months of graduation.

The Sherman and Gloria H. Cohen Career Center’s annual career outcome survey showed that 58.81 percent of respondents reported they were employed and 29.02 percent indicated that they were enrolled in graduate school.

“In an economy like ours that is somewhat recovering, this is amazing,” Executive Director of Career Development Mary Schilling said.

Schilling said the survey had both a better rate of return this year than in previous years, as well as a better yield, compared to 2012.

“First the economy recovers, but then the job market recovers,” Schilling said. “We could feel it coming with 2013. Some seniors were even getting more than one job offer.”

Among respondents who are employed, 90.50 percent reported that their employment aligned “very well” or “somewhat well” with their personal career goals.

“Students here are not willing to take a job that they are just settling for,” Shilling said. “You want to be happy every day to get up and go to work. I think that William and Mary’s sense of purpose helps inculcate the attitude of going after what you’re passionate about.”

Not all students followed the path they expected after graduating from the College.

“Among my friends only two or three actually had a job right out of graduation,” Danielle Noriega ’13 said. “The rest of them basically went home, took some time and work while they applied for jobs.”

Maddy Smith ’13 graduated with a major in international relations and a minor in economics. Originally, she hoped to work abroad after graduation, but instead began working at a temp agency in the Washington, D.C. area.

“I think that’s true for a lot of students in my class — the majority of people I knew didn’t have work when we graduated, but found it afterwards,” Smith said.

After seven months of job-hunting and networking, Smith found a position within the Engelberg Center for Health Care Reform within the Brookings Institute in December 2013.

“It kind of goes to show that life has different plans for you that you could have imagined or planned,” Smith said.

With the job search process in full swing for the class of 2014, Schilling remains optimistic.

“It’s been a pretty good year so far,” Schilling said. “There is a buzz and I think that students get a feeling that jobs are out there.”