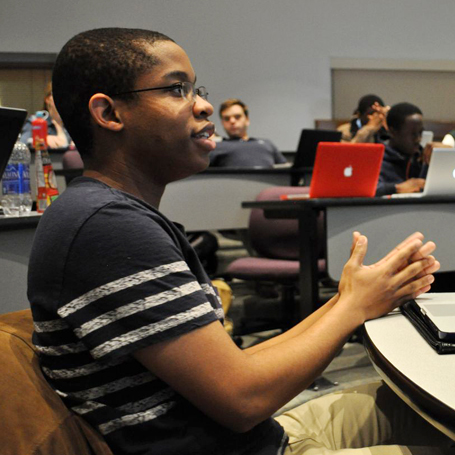 The Student Assembly senate passed bills addressing rape culture at the College of William and Mary, changed the SA code and constitution, and funded the 2014 TEDx William and Mary conference and I Am W&M Week events at its their meeting Tuesday night.

The Respect Act, which senators wrote in partnership with several other student organizations, is the SA’s statement in reaction to the Sigma Chi email, which prompted a campus-wide discussion of rape culture over the past few weeks.

After voting to move the VP Code Act and the VP Constitutional Amendment from new business to old business and taking a 10 ten-minute recess, the senate approved the two bills that which merge the position of Vice President of Social Affairs and Vice President of Advocacy into one position.

“This bill just goes through the code; every time it says VP of Social Affairs or VP of Advocacy, it changes to Vice President,” Sen. Gabriel Morey ’16 said.

Senators also changed all the gender pronouns in the code and constitution from the masculine “he” to the gender-neutral term “him or her.”

Senators expressed hope that the merge will be complete before the upcoming elections.

Information sessions on running for SA positions will begin on Sunday. The merge means that next fall, the Undergraduate Council will have only one vice president per class.

The senate also unanimously approved the TEDx Conference Funding Act, which allocates $8,750 from the SA Reserve to fund the rental of Kimball Theater and to speakers’ traveling and lodging fees.

“I think after this year, [the TEDx conference] will become a staple of the William and Mary experience,” SA President Chase Koontz ’14 said.

The senate unanimously passed the I Am W&M Week Act, which allocates $6,618 from Student Assembly Reserves to fund various costs associated with the annual week-long festival, including the costs of holding the World Expo, putting on the Pride Festival and Drag Show, inviting a speaker to discuss Nneurodiversity speaker and hosting a “Boundless Spaces” event.

“This is the leanest, most sensible way of providing the campus tradition that has gone on for three years,” Secretary of Diversity Initiatives Dylan Frendt ’14 said.

Senate Chairman Will McConnell ’14 introduced the Student Assembly Housing Support Agency Act, which would creates an venue for agency where students would to use Williamsburg databases to create an off-campus rating website. McConnell assigned the bill to public affairs.

The SA also approved Sam Glover ’16 as secretary of the newly created Department of Transportation on Tuesday.

Koontz, Morey, Sen. Yohance Whitaker ’16 and Secretary of Diversity Initiatives Dylan Frendt ’14 all spoke about Glover before the senate approved him as secretary of the Department of Transportation. “Sam’s … clearly qualified, and he seems to always have been a great friend of the Student Assembly,” Koontz said. “We’re looking forward to what he’s going to be able to do in the coming weeks and hopefully within the next year.”