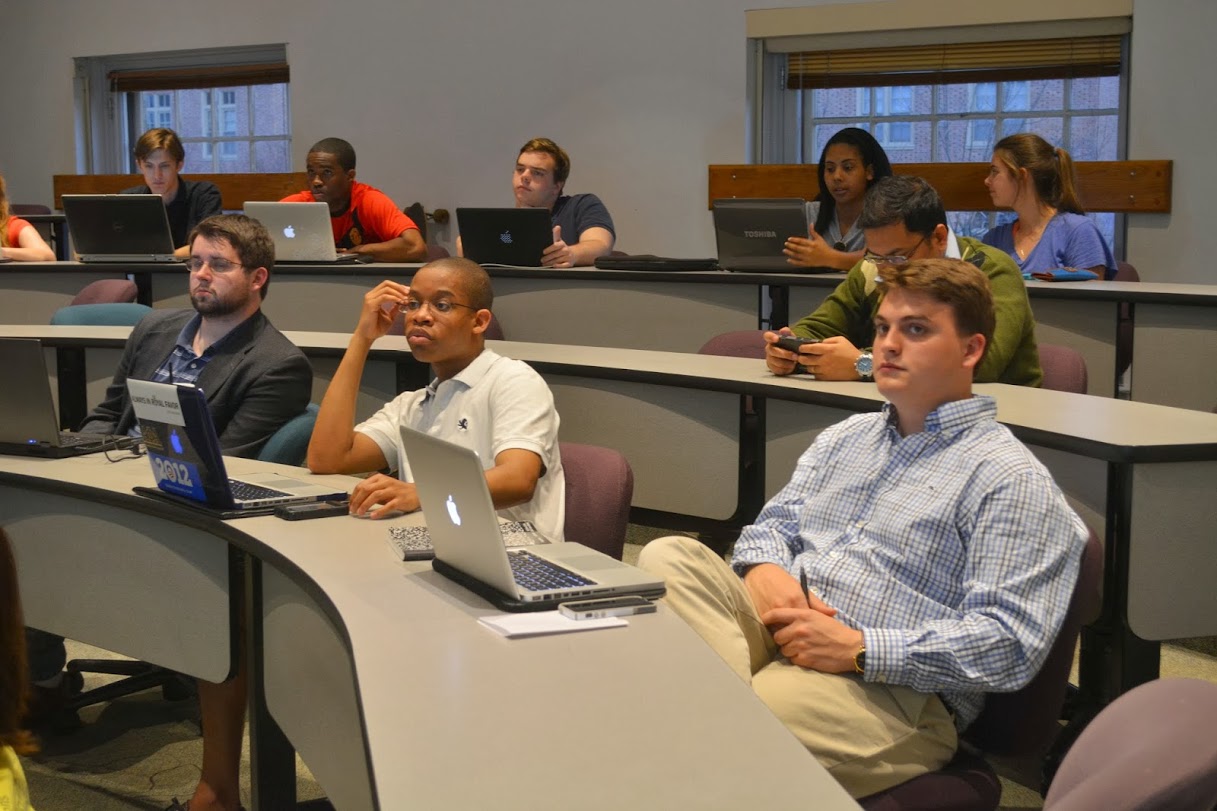 The passage of the two bills changes the composition of the executive cabinet for the 2014-15 academic year.

Sen. James Walker ’15 introduced the Abolition of the Department of Student Rights Act in new business. The act removes the student rights department from the executive cabinet, as the bill explains that the department is underutilized and unnecessary.

After its introduction, the bill was moved to old business by unanimous consent because of its time-sensitive nature. The time sensitivity stemmed from the release of applications for executive cabinet positions the next day.

“Applications for cabinet positions are scheduled to go live tomorrow. We don’t want to send applications out throughout the school and get people to apply for a cabinet position that does not exist.” Sen. and SA president-elect Colin Danly ’15 said. “Definitely get it passed tonight.”

Senators chose to take a short five-minute recess to read over the bill, since it did not go through the official committee process.

The bill passed unanimously by roll call, officially abolishing the Department of Student Rights from the executive cabinet.

“We are just trying to keep the [executive branch] kind of smaller and the department of student rights hasn’t had a lot of responsibilities in the past few years,” Walker said.

Senators voted on the Department of Academic Affairs Act Tuesday night. The bill forms a new department within the executive branch that is dedicated to providing student input in regards to academic issues at the College.

Class of 2017 President Phoebe Galt ’17, a sponsor of the Department of Academic Affairs Act, emphasized the importance of maintaining a student voice when it comes to changes in academic policy on campus.

“Because academics [are] really foremost why people are in college, it’s important that we have a say in the academic policies, especially if there are huge major changes,” Galt said. “I think it is important that we at least know why these decision are being made, so that we can communicate to our classes and to the student body the rationale behind these things.”

Outgoing Sen. Gabriel Morey ’16 pointed to recent changes in the GER system as the reason for the creation of a department of academic affairs.

“It is just a good thing to have, because the changes that happened this past year with removing with the GERs and switching to COLL, didn’t have much Student Assembly input in it,” Morey said. “And, if that happens again we really need a student representative to be able to sit in on those meetings.”

The Department of Academic Affairs Act was passed unanimously by roll call. The department is charged with working with several divisions within the College’s administration, like the Board of Visitors and the Office of the Dean of Undergraduate Studies, that are in charge of academic policies.

“The reason behind this bill is that [student organizations] shouldn’t be punished simply because the conferences that they attend are later on in the year,” outgoing Senate Chair Will McConnell ‘14 said. “If we want to be consistent and give the full amounts to everyone throughout the whole year, then we should give it to them as well.”