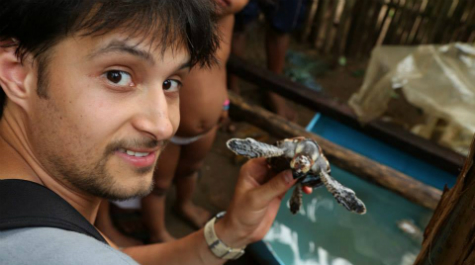 If you thought getting a Fulbright scholarship was hard before, brace yourself: It may soon get harder.

President Obama’s budget proposal for 2015, released in early March, would cut $30.5 million from the Fulbright program. A 13.5 percent reduction from last year, this could be the largest cut the program has ever seen. Passage of the budget as it is would significantly reduce the number of grants awarded next year, according to the Fulbright program’s website.

The College of William and Mary has consistently made the Chronicle of Higher Education’s list of top producing institutions for the U.S. Fulbright Student Program. Of those who applied for the 2013-14 program, 14 out of 53 applicants from the College received Fulbright grants, the most of any Virginia university.

The cuts would affect students applying in 2014 for the 2015-16 program. The trade-off for the decrease in Fulbright funding is an increase in overall funds for international educational and cultural initiatives, with an emphasis on programs based in Southeast Asia and sub-Saharan Africa.

Associate Director of the Charles Center and Director of Fellows Lisa Grimes said the benefits of the Fulbright program are by nature difficult to quantify, making it an attractive candidate for budget cuts in the past.

“Much of its value lies in its contributions to so-called ‘soft diplomacy,’ in the idea of forming actual relationships and friendships that lead to better international relationships,” Grimes said in an email. “While certainly irreplaceable, this deep-rooted relationship building among people who might later become influential doesn’t always yield hard statistics.”

However, for Rachel Janis ’14, who applied for a Fulbright grant for the upcoming year, the relationship building is one of the program’s most valuable attributes.

“The Fulbright program has been such a key diplomatic tool for the United States and various countries throughout the world,” Janis said. “It costs less to pay the stipend for a student to go to [another] country than it would for a salary [of] a diplomat.”

Janis and Grimes agreed that reallocating funds away from the Fulbright program would likely strain relations with the other countries that contribute.

When the budget proposal was released, the suggested Fulbright cuts were met with vocal opposition. A Fulbright alumnus created the online petition SaveFulbright.com in protest of the cuts, and the Fulbright Association encourages the community on its website to lobby Congress in favor of preserving funding.

For students who may be daunted by the prospect of a lower chance of receiving a Fulbright grant, Peer Scholarship Advisor Johnathan Maza ’15 cautions against the temptation to play the “numbers game” — applying for programs that give you a greater chance of success — and recommends instead to focus on making the best possible case for yourself.

“The whole point of the Fulbright is not just cultural exchange for the U.S., but also [for] yourself as an applicant,” Maza said. “How can you grow and gain a new experience and skills that are going to help you through your job?”

Maza recommends the Charles Center Fulbright Fridays information sessions for students who may be interested in applying next year.

One will be held this Friday April 4 at 4 p.m. and will focus on brainstorming and getting feedback on ideas.

Janis, whose application will not be affected by the proposed cuts, said she hopes students who are considering applying in future years will not be discouraged.

“Regardless of the cuts, the program itself is still quality, and it still has prestige and is also beneficial,” Janis said. “If people stop showing interest in the Fulbright program and stop participating it, they’ll only cut the budget more.”