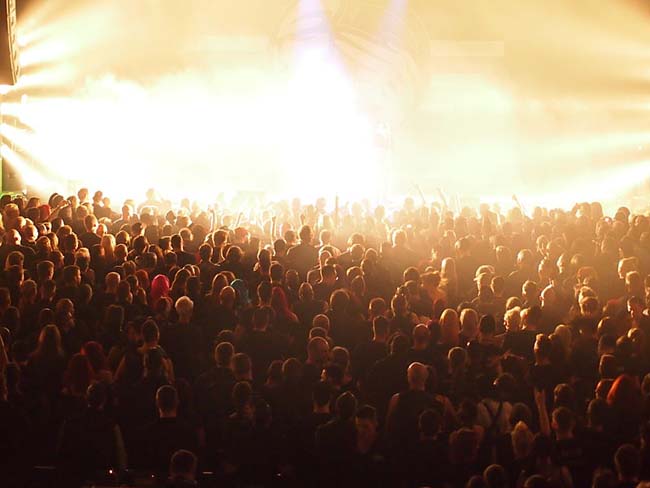 The year was 2005. It was seventh grade and I had the most impeccable music taste of anyone I knew.

Memorizing each song on the iTunes Top 100 list in my free time ensured that I always knew what was next on the horizon to hit No. 1. Friends asked me to recommend songs, and, naturally, I provided them with mix CDs. I knew all there was to know about pop music, and my friends and family respected it. Then, suddenly high school hit and everything changed.

Somewhere around the time Taylor Swift released her second album, I became acutely aware that it was no longer cool to truly enjoy anything played repeatedly on the radio. Instead, it was now much more unique and exciting to listen to obscure European indie bands and compare your favorite Scottish group with your friend’s favorite Lithuanian acoustic artist. I tried to look for an interesting-sounding European band to call my own, but continually returned to the pop realm. After all, why suffer through slow, incoherent murmurings over a soft guitar when I could happily belt out “You Belong With Me”? I was no longer just listening to the most current, popular music because that was what everyone was listening to. I was listening to it because I genuinely enjoyed it. Yet, I felt ashamed of my love of the mainstream.

In today’s individuality-obsessed culture, where anyone can share his or her opinions with a click of the word “tweet,” many of us are on a constant mission to brand ourselves as completely unique. We focus our attention on the characteristics that differentiate us from other people and promote those aspects for all they’re worth. But honestly, what’s so bad about liking something that plenty of other people like? Or doing something lots of other people do? There are lots of advantages to toning down the emphasis on our individuality just a bit and remembering the value of the mainstream.

Most conversations with people we’ve just met are based on mainstream entertainment. Rather than striking up a conversation with an acquaintance at a party about a completely obscure TV show on a channel most people don’t even get, doesn’t it seem much easier to talk about a topic with which you are both familiar? Even if your potential new friend didn’t watch the “How I Met Your Mother” finale, for example, at least he or she will probably know something about it, allowing for some discussion on the subject instead of awkward silence as you attempt to explain something only you actually watch.

Sometimes it’s also simply more practical to do what everyone else is doing. I’m not saying it’s a great idea to follow the crowd off a bridge, but in other, more harmless activities, participating in mainstream practices is just easier or more fun. I’ve heard several people say that they’ve sworn off using Facebook because “everyone’s on Facebook,” but in deleting their accounts for the sake of promoting their uniqueness as individuals who don’t need social media, they’ve sacrificed one incredibly easy way of communicating with far-away friends and family, as well as perhaps the simplest method of organizing large group activities.

Refusing to partake in mainstream culture — by scoffing at the American Top 40, refusing to shop at common stores, or not going to that upcoming concert because “everyone will be there” — is impractical and inconvenient. But more importantly, it’s limiting, especially in terms of connecting with others without making them feel inferior. Rejecting mainstream culture is increasingly easy, especially with all of the social media platforms on which one could theoretically express displeasure with Taylor Swift, but it’s easier and often more pleasant to be open to conformity. It’s nice to stand out, but it’s also nice to fit in.