Home Variety Sweet dreams are made of cheese 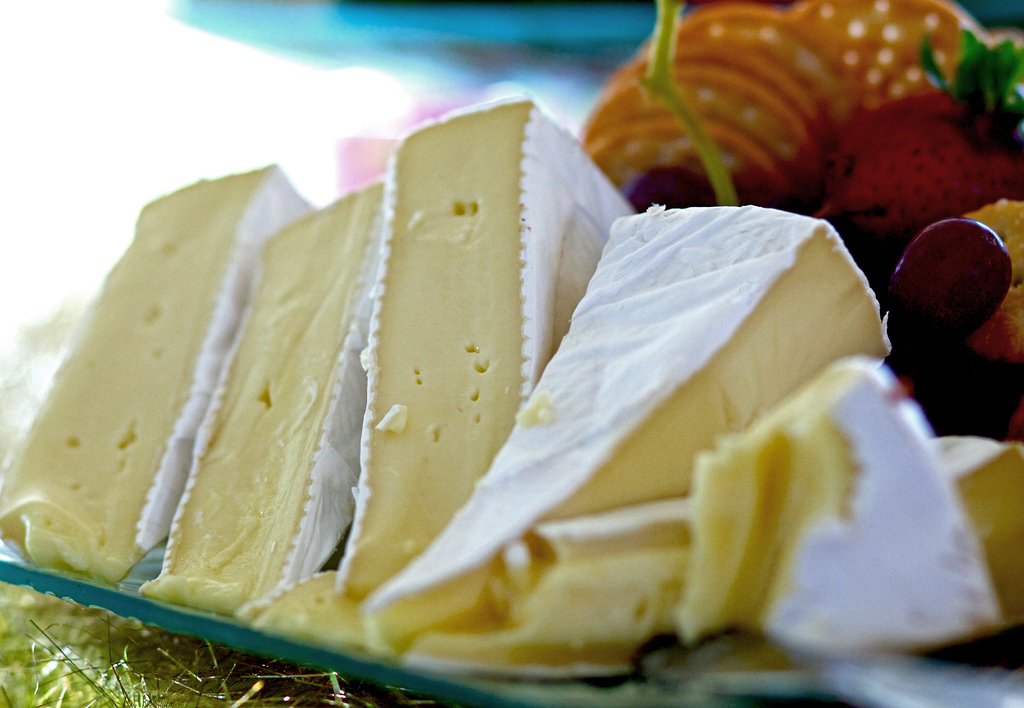 The James Room in the Sadler Center is a drab, undecorated institutional space. But each Friday at 5:30 p.m. you have the chance to travel from Williamsburg to the Netherlands, Spain, Italy and northern France — or at least your taste buds do.

The Cheese Club, brought to campus this year through the efforts of Aaron Bayles ’17 and some of his hallmates, is exactly what it sounds like. Members congregate once a week and, well, eat cheese. There’s no pomp, pretense or pinkies in the air. Sadly, there’s no wine either — most members are freshmen after all. The cheeses are laid out on paper plates. But the selection is something you won’t find in Williamsburg without spending some serious money. Last week there was Brie — a staple and Bayles’ favorite. Also included were fresh herb-topped Chevre, Montasio, Manchego and Gouda. They ranged from salty and strong to creamy and mild, all distinct and high-quality.

“We typically just try to keep it diverse,” Bayles said. “We don’t want to have too many cheeses from the same place.”

Although eating cheese is an inherently ephemeral pleasure, knowledge of it is lasting. Ask the club’s secretary Dara Kharabi ’17 about his favorite cheese, Port Salut, and he’ll tell you everything from its creation story to the process by which it is made and how it has changed over time. You would have no idea that he wasn’t interested in cheese until he got involved in the club.

“Originally, I liked Brie but I didn’t really eat cheese,” he said. “I never understood there were so many kinds. I heard names but I was like, ‘They’re all the same, right?’ So I guess it is a new passion for me.”

Kharabi is leading the club’s project of making its own cheese from scratch. Expectations for its taste aren’t high, but it’s a way for the club to get more intimately acquainted with the techniques used.

“When you get into any kind of artisanal food like cheese … there’s a lot of depth,” Kharabi said. “There are many ways to create a fine cheese or a fine wine, but there’s also another layer of depth put on by the people who do it. For example, when you really get into coffee you’re going to analyze every note in your coffee. The same goes for cheese.”

The club originated when Bayles arrived as a wide-eyed freshman in Nicholson Hall. Cheese was already his passion, so when he discovered the Cheese Shop in Colonial Williamsburg, he didn’t waste time.

“I’ve always loved cheese … and during the first month of school I realized we have a cheese shop,” Bayles said. “So I run over there, get tons of cheese, I come back to my dorm and I have no one to eat my cheeses with. It was very depressing. So I went to our lounge and said, ‘You, you, you, come eat cheese with me.’ And those people ended up becoming the Cheese Club.”

Since then, the club has grown to 47 dues-paying members. At $15, membership is a steal for any cheese-lover when you factor in the 10 percent discount at the Cheese Shop and the free cheese at every meeting.

The relationship between the club and the store has grown as well. Bayles is now a friend of the owner and the group recently enjoyed a tasting at the Cheese Shop.

Much of the knowledge the officers bring back to the club comes from the store’s staff. And like any good cheese party, the meetings are also social events.

“I enjoy just having these people who also share the same love that I do and it’s great to see so many people coming back and new people coming in to also share their interest,” Bayles said. “The social aspect is huge. … It’s like sitting over lunch but since it’s cheese, you’re not all stuffing your cheese.”

Of course, it’s all primarily an excuse to enjoy one of the world’s most delicious desserts.

“Don’t get me wrong; I only eat cheese with friends. I don’t eat cheese alone,” the club’s vice president Seth Greenspan ’17 said. “I don’t have some sort of problem.”