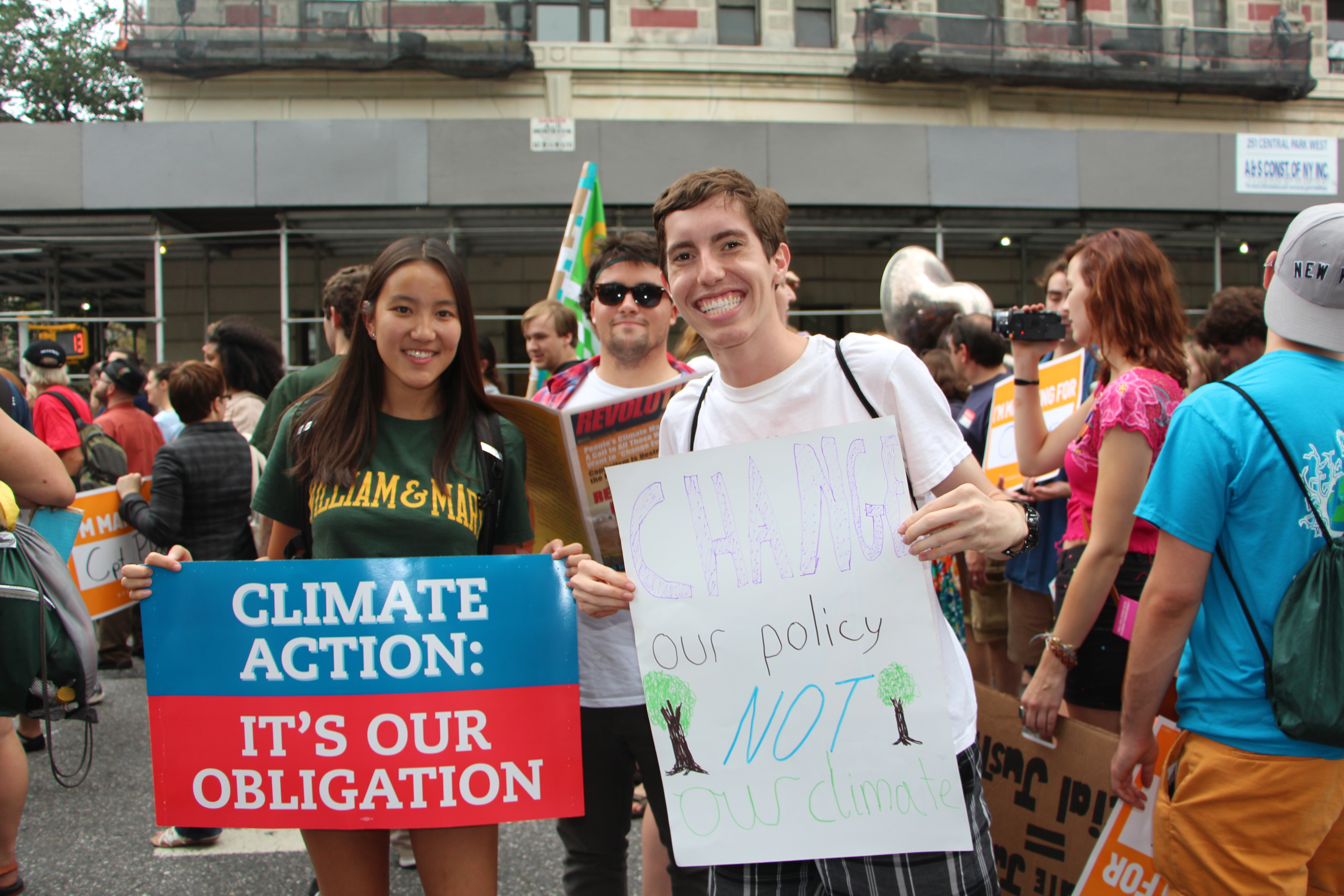 More than 400,000 people convened in the streets of New York City Sept. 21 for the People’s Climate March, the largest climate march in American history. Among the throngs of people demanding environmental action were 43 students from the College of William and Mary.

Colorful signs in tow, students from the College boarded a bus to New York City at 3:30 a.m. Sunday morning for the seven-hour drive, marched for about five hours throughout the Manhattan streets, and returned to campus early Monday morning. Organized by SEAC member Anne Davis ’16, the group included students ranging from freshmen to seniors, all gathering to promote clean energy and a sustainable future for our planet.

The march stretched for up to five miles, and students of the College marched alongside demonstrators with the Socialist Party, Green Party, Amnesty International and hundreds of other initiatives. More than 1,500 organizations partnered to organize the People’s Climate March, and many high-profile environmentalists like former vice president Al Gore and actors Leonardo DiCaprio and Mark Ruffalo participated in the event.

The lineup of the march was divided into six thematic sections: The Forefront of Change, We Build the Future, We Have the Solutions, We Know Who is Responsible, The Debate is Over and To Change Everything, It Takes Everyone. Whereas the Forefront of Change section included contingents of indigenous peoples, housing justice and domestic workers, the We Know Who is Responsible section included contingents of anti-corporate campaigns, anti-fracking allies and tar sands bloc allies. Together, individual and group activists told the story of the current climate movement.

The rally occurred a few days before the United Nations climate summit, during which 120 world leaders will convene in New York to discuss ways to combat carbon pollution and other environmental threats.

To view exclusive photos from the event, view the Facebook album here.