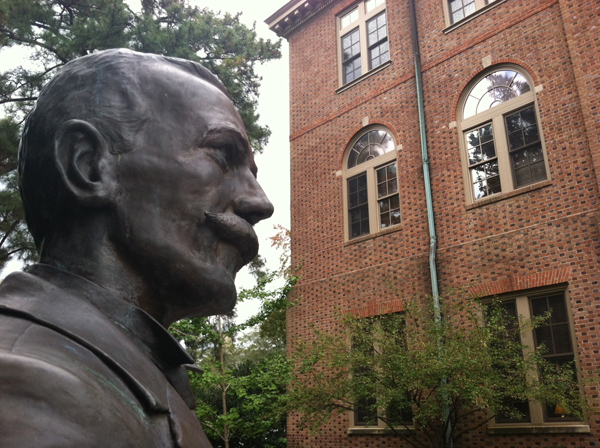 The College of William and Mary’s history program was ranked the fifth best in the nation for undergraduates according to a ‘USA Today’ list released last week.

The ranking was based on salaries of recent graduates, the quality of the education and the number of students majoring in history and related majors at schools around the country.

The Lyon G. Tyler department of history, named after the former president of the College of William and Mary, offers more than 125 undergraduate classes for the 2014-15 school year and contains more than 50 faculty members, according to the history department’s course catalog.

Lyon G. Tyler’s son (and the grandson of United States President John Tyler) Harrison Ruffin Tyler ’49 aided the department in its academic pursuits. According to ‘The Daily Press’ and the history department’s website, Tyler donated $5 million to the history department in 2001 for the purpose of “supporting undergraduate and graduate study, faculty research, a distinguished speaker series, and the acquisition and preservation of rare historic documents, among other activities.”

Tyler told ‘The Daily Press’ that the donation was to honor his father. Lyon Tyler helped revitalize the College following the school’s period of financial difficulty due to the Civil War.

History department chair and professor Cindy Hahamovitch said the donation from the Tyler family is still used today to aid the department, its faculty and its students.

“We divide the money equally between the faculty, the graduates and the undergraduates,” Hahamovitch said. “For the undergraduates, we have some summer research money that students can use when they’re preparing for their honors thesis. That’s where the bulk of the undergraduate money goes. We also use it to bring in lecturers.”

Graduate students use the money for stipends to conduct their research, while faculty members use their share to gain access to archives, travel to conferences and support research pursuits.

Hahamovitch added on the quality of history professors at the College.

“You’re never quite sure with these rankings what they mean or how they know what they know, we have a faculty that’s extremely productive when it comes to research but also really really good teachers and that is a pretty rare combination,” she said.

Over 200 students currently major in history at the College. Roughly 90 are looking to graduate this year.