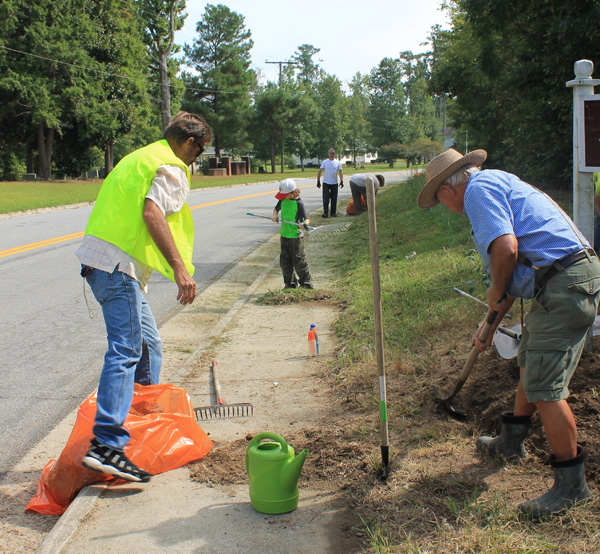 In early October, Surry County Board of Supervisors approved Global Wind, LLC’s proposal to implement a one AC Megawatt solar farm, which will create enough energy to power 165 homes per year. This will be the first commercial solar farm in the state to sell power directly to the public grid.

Just four years ago, Old Dominion Electric Cooperative had plans to build a coal power plant in Surry. They were on a speedy track, until they ran into a roadblock: the town’s people. Betsy Shepard, a Surry county mother, led the fight against the plant.

“I couldn’t see my children living in a community aired in pollutants and adverse health risks,” Shepard said.

Within the span of a few months, Shepard quickly became a community organizer as she educated her neighbors, put up “No Coal Power plant” yard signs, and held community meetings.

“Ultimately, though, it wasn’t the parts per million, but the distrust in ODEC, that shifted people’s opinions,” Shepard said.

The turning point occurred when the Town Council of Dendron, a town within Surry County where the power plant would be located, voted in favor of the power plant proposal at a meeting, even though they had previously announced publicly that they would not vote. According to the Virginia Code, in order to have legal vote, the company must inform the community that a vote will take place.

“The thing that bothered me the most is that ODEC and the Town Council were informed of the illegality of voting at the planned meeting, and they still did it anyway,” Surry farmer and attorney with a background in local law Mike Drewry ’92 said.

Drewry sued ODEC and the Town of Dendron on this basis.

“I don’t do a lot of litigation unless someone really aggravates me,” Drewry said. “They were taking advantage of the people of Surry. They didn’t think we could possibly pull off a lawsuit.”

According to Virginia law, the community only had 30 days after the illegal vote to sue. The Surry citizens would also have to fund themselves or find an attorney who would work pro bono. So, for a year and a half, Drewry worked for free and he ended up defeating the renowned LeClairRyan law firm.

Not everyone was against the plant, however.

“It would have been an added industry for the county,” community member Glenn Slade said.

But would it have been worth the price?

Chesapeake Bay Foundation released a report in 2011 titled “A Coal Plant’s Drain on Health and Wealth,” which details the carcinogenic chemicals this specific plant would leak into the water and air if built. Particulates were estimated to cause 442 asthma attacks and 26 premature deaths annually.

With reasons on both sides, the town became deeply divided. There was a point where opposing yard signs battled in neighboring yards, and community members refused to talk to one another.

For this reason, the community is still undergoing a process of healing. Surry residents on both sides of the aisle met Sunday, Sept. 28, to beautify Surry through clean-ups and gardening. Now, Slade said there is an even bigger force bringing the community together — the solar farm. For community members who favored the coal plant, this acts as a compromise.

When some neighbors suggested the negative aesthetic implications, Global Wind, LLC offered to plant trees in front of the property as a solution.

“We are happy to work with the Surry community to make this work,” President and CEO David Pharr said. “We believe in giving back to the earth more than we take from it, and empowering young minds to think out of the box.”

Pharr, who started Global Wind, LLC three years ago, said that he hopes to keep the renewable energy fad running by working with the community of Surry to increase the number of solar panels for residential and commercial buildings.

“I never thought Surry would come so far so soon. It really has gone full circle,” Shepard said.