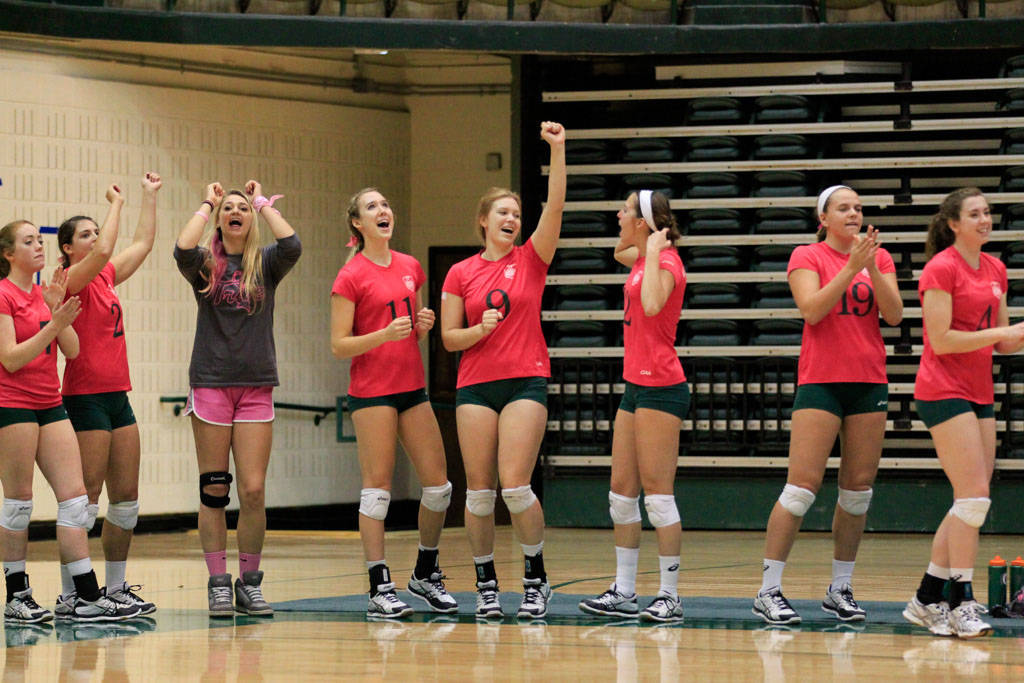 Friday’s match was a high scoring affair, as the Phoenix won the first set 30-28. Junior captain Dessi Koleva had seven kills during that set, but it was not enough for the Tribe to pull out a win. Koleva finished the day with 19 kills, the most of any player. The College took the second set 25-23, while Elon won the third set 25-21. Needing a win in the fourth set, the Tribe delivered, playing its best set of the day. Freshman Sydney Biniak and Koleva combined for 11 points, and the Tribe won handily, 25-19.

The teams were tied 2-2, and it appeared the College owned the momentum heading into the final set. However, that set saw Elon defeat the College 25-11, handing the Tribe a loss for the day. The victory was Elon Volleyball’s first-ever CAA win, as this is the Phoenix’s first year in the conference.

Unfortunately for the Tribe, the second game of the weekend was not quite as close. UNC- Wilmington won in straight sets, and the College was never able to build any momentum. The Tribe only surpassed 20 points in the first set, and the Seahawks rolled 25-16 and 25-12 in the second and third sets.

Offensively, the Tribe struggled in the loss. It finished with just a 0.041 attack percentage, well below the team’s season average of 0.148. By contrast, UNC-Wilmington boasted a 0.236 attack percentage.

As in the previous match, although they lost, the College certainly had some strong performances. Koleva had 11 kills, as well as eight digs and two blocks. Pe had another good game, with eight assists and two service aces. Freshman Sara Zumbach had a match high 21 digs.

UNC-Wilmington, who ranks fourth in the Colonial Athletic Association, appears to be on a bit of a surge, winning its last three games. This loss was the Tribe’s fourth in a row. This weekend, the Tribe seeks redemption with two home matches, as Towson visits Friday and Delaware arrives Saturday. Both matches are scheduled to begin at 7 p.m. at Kaplan Arena and will be the College’s final home games of the season.