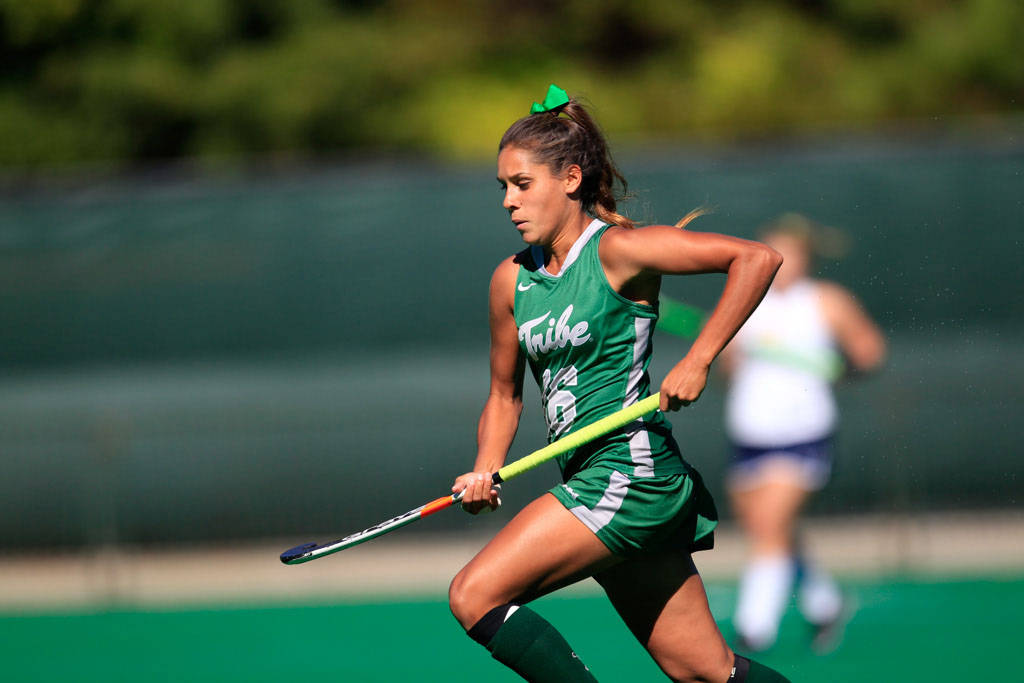 William and Mary’s season came to a close after they fell to Delaware 4-1 in the Colonial Athletic Association Semifinals Friday.

The Blue Hens stormed the Tribe net early, scoring three goals within the first five minutes of the game. The College finished the season with a record of 7-12 (4-2 CAA). Second-seeded Delaware went on to defeat fourth-seeded opponent James Madison in the conference finals Sunday, winning the CAA Championship title for the second year in a row.

The Blue Hens (13-8, 4-2) struck early, gaining a four-point advantage by the end of the first period. Delaware forward Jacki Coveleski scored two of the four goals, one at 3:10 and the other at 10:12, both unassisted. Delaware outshot the College 11-3 in the first period. Despite making some adjustments before the half, the Tribe was unable to take control of the field.

“We changed our system a little bit before halftime,” head coach Tess Ellis said. “We were able to move a few players around and sort of try to … cut down that huge space between our midfield and our backfield, but it was a little too late and we just couldn’t play catch-up.”

Still, the Tribe continued to rally in the second period. The gap between shots on goal tightened compared to the first 35 minutes of the game; Delaware totaled four shots on goal to the College’s two for the first half. Junior forward Pippin Saunders scored the Tribe’s final point of the season 15 minutes before the game’s finish. Saunders ended her third season in a row as the College’s top scorer, totaling 10 points for the 2014 season.

“[Saunders] has set a standard pretty high about what we’re expecting out of the future out of William and Mary,” Ellis said. “I’m still obviously very excited because I have her for one more year. … When the chips are down, she finds a way to get the ball into the circle and take shots, and the energy that she generates from that type of play has really added to the expectation of what other players expect out of themselves, and that as a teaching tool has been wonderful for me as a coach.”

While the 4-1 loss in the semifinal was not the result the Tribe hoped for, Ellis described it as a sort of moral victory for the College.

“Everybody was very disappointed,” Ellis said. “But for a team that was supposed to come in sixth in conference, and people had written us off early, we definitely made people stand up and say, ‘Look: William and Mary is turning this program around,’ and we’re ready for next year.”

While Saunders will remain on the team’s roster, the Tribe will lose eight senior players in the coming 2015 season. Having already lost two senior players to concussions during the past month, Ellis knows the impact senior role models can make on the team. She foresees the spring as another rebuilding opportunity for the College.

“We will have seven freshmen coming in, experienced from the backfield,” Ellis said. “I’m adding two defenders, which I’m very excited about. … We’re losing [senior defender] Jesse Ebner, who just carried so much experience and energy onto the field, as did [senior defender Navneet] Singh.”

The Tribe took on a heavy season, facing some of the top ranked teams in the country.

“The girls now realize that they are more than ready to compete with the big teams,” Ellis said. “And they want to consistently beat these big teams so we can get ourselves back up to the national ranking which is where we need to be to get ourselves an outside bid to the final 16.”