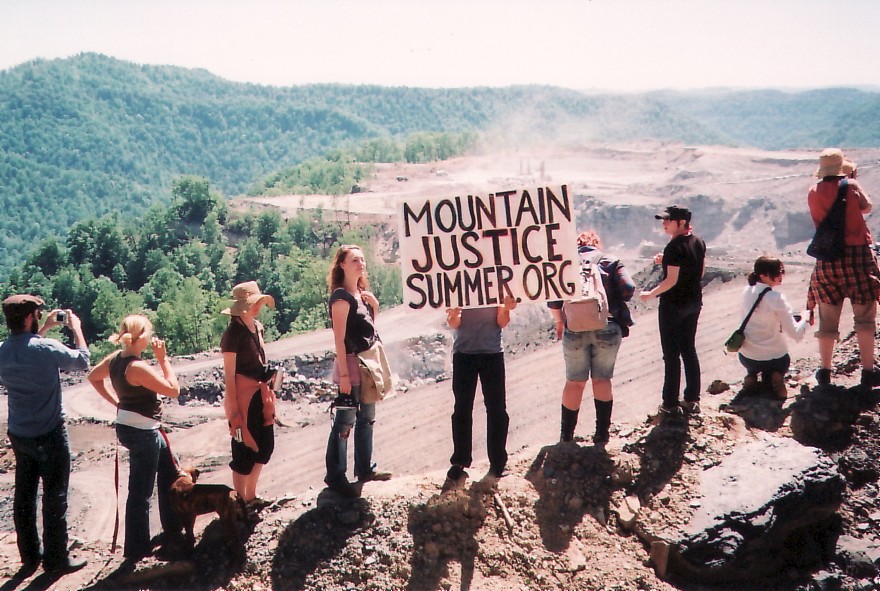 The Student Environmental Action Coalition brought the organization Mountain Justice to speak at the College of William and Mary Nov. 20.

Mountain Justice works closely with SEAC as well as the College’s alternative spring break programs. Two years ago, students from the College protested outside of Williamsburg’s Bank of America, expressing anger toward the bank’s continued financial support of coal companies that use mountaintop removal as a mining technique.

Vernon Haltom, an Appalachian activist, discussed the are harmful effects of surface mining in southwest Virginia, West Virginia and Kentucky, as well as the activities of Mountain Justice outside of the College.

In addition to appearing at events and raising awareness at institutions like the College, Mountain Justice raises awareness in affected communities and advocates for the Appalachian Community Health Emergency Act currently mired in Congress. It was referred to the Subcommittee on Energy and Mineral Resources in 2013. The act would ban mountaintop removal and fund several educational programs.

“They live in the same state as us, some of these people who are affected, and we have no idea that there are people who live like that,” Nordstrom said. “It’s one out of a lot of sad, depressing things out there.”

Nordstrom acknowledged that there are various perspectives surrounding coal mining.

Nate Marshall ’16, who was born and raised in Appalachia, Va., has a more personal experience with mountaintop removal and coal mining.

“It’s very different than … other places in Virginia. It’s much smaller, everything is rural,” Marshall said. “I’m surprised they have so much traction in the area. … Growing up, I never knew anyone who didn’t like coal mining, or didn’t think that’s what we needed to be doing. It’s interesting to see that there’s a diversity of thought.”

Marshall spoke about his opinion coming from and understanding Appalachian coal mining culture.

“Historically, what coal companies have done to the area is very negative,” Marshall said. “Appalachia has the highest concentration of mineral wealth in the entire world — more than the oil wealth of Saudi Arabia — and yet it remains the most impoverished area in the industrial world. … To me that seems like a flag that this savior from whom all money flows is perhaps our biggest enemy.”

Marshall acknowledged, however, that coal mining is vitally important to Appalachia’s economy, noting that he wouldn’t have been able to attend the College without the income it provides.

“I couldn’t go to William and Mary without [coal mining],” he said. “But if the companies hadn’t forced the situation, we wouldn’t need them.”

Nonetheless, the environmental impact remains striking to Marshall the more he is exposed to different perspectives and situations.

“I feel more strongly now that it’s a negative [environmental] impact than I did before,” Marshall said. “I see how other people consider abnormal — can you imagine how people would respond if they wanted to put a quarry in Williamsburg?”

In general, Nordstrom emphasized activism at the College.

“That’s something that anyone with any social problem is faced with; maybe it’s far away — how do we affect change?” Nordstrom said. “And the number one thing is getting people educated or aware of it … and give some people the opportunity to hear about it, and get really excited about it … kind of like throwing spaghetti at a wall and seeing what sticks. You’re throwing this issue at tons of people … but there are a couple people who will take it to heart and get their hands dirty.”