Student Assembly election season kicks off Monday, March 16 at 12:01 a.m. with the announcement of candidates and the start to their 10-day campaigns. Elections are to be held March 26.

Two candidate pairs are running for president and vice president of the SA for the 2015-16 academic year.

The two tickets are Yohance Whitaker ’16 and Catie Pinkerton ’16, and Claire Etheridge ’16 and Marcell Crawford ’16.

Whitaker currently serves as a senator for the class of 2016, a position he has held for two years. Pinkerton has no previous SA ties, but she formerly held a position on the Kappa Alpha Theta executive board, is the operations coordinator for Camp Kesem, a College of William and Mary tour guide and a Girl Scout troop leader. The two candidates met while making arrangements for Charter Day.

Whitaker and Pinkerton want to connect the Student Assembly with the entire student body, to engage students and to inspire the SA to improve its leadership. They already have several programs in mind, such as making textbooks more affordable, assigning alumni mentors to undergraduates, and expanding the SA’s online presence.

“We, as hopeful SA president and vice president, would really have a responsibility to the student body,” Pinkerton said. “We want to remember that everything that we do is to advocate for the students.”

The second ticket consists of Etheridge and Crawford. The two met while living in in the Botetourt Complex their freshman year. Neither has any previous SA experience. Etheridge served as Hall Council president for two years and secretary for one. In addition to Hall Council, she is the secretary of the College’s Amnesty International chapter. Crawford also has Hall Council experience and currently is the Residence Hall Association treasurer, the vice-president of Sigma Alpha Epsilon and the assistant director of affiliation for the Virginia Association of College and University Residence Halls.

“Since neither of us have any former experience working in Student Assembly directly, we both have an outside student perspective on how Student Assembly looks,” Crawford said. “We have a unique opportunity — an interesting lens — to bring in different ideas and criticisms.”

Etheridge and Crawford want to build community, enhance student life and focus on transparency in the Student Assembly. Programming ideas include improving mental health services at the College and student parking.

“Our focus right now is committed to community and working for progress,” Etheridge said.

The 2015 Student Assembly Election cycle reflects the changes in the SA’s structure after the Undergraduate Council voted to dissolve earlier this semester. This restructuring cut out twelve SA positions. There will continue to be four senate seats and one president per social class.

In the race for seats in the Student Assembly senate, incumbents Daniel Ackerman ’16 and Seth Opoku-Yeboah ’16 will run against Quetzabel Benavides ’16, Adam Nowicki ’16, Jakob Stalnaker ’16 and Ivanessa Staykova ’16 for the class of 2016 senate positions.

Incumbent Mark Bland ’16 will run unopposed for the class of 2016 president.

The class of 2017 only has three candidates running for the four senate positions. Incumbents Eboni Brown ’17 and J.C. LaRiviere ’17 will run alongside current class of 2017 Vice President John Yoest ’17.

Katherine Ambrose ‘17 and Augustine Haam ‘17 are both running for the president of the class of 2017.

In the class of 2018 presidential race, incumbent Jose Acuna ’18 will face Peter Kinton ’18. 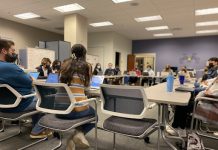 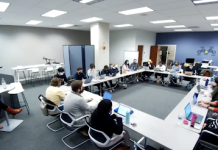 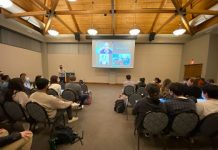