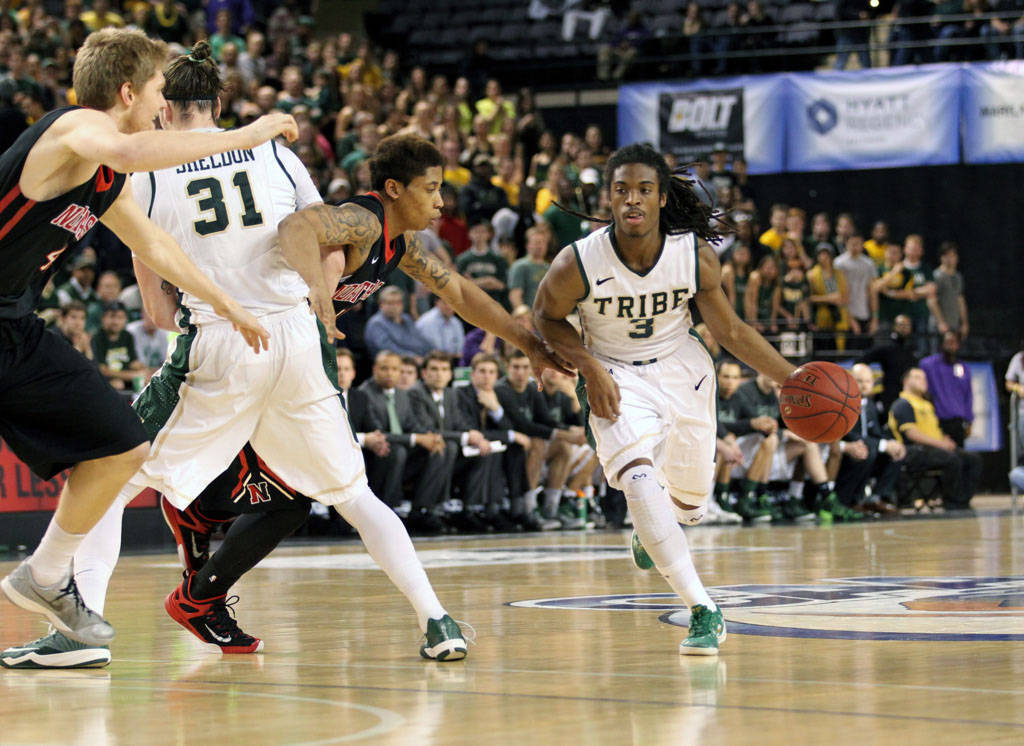 William and Mary does not have the best track record when it comes to the annual National Collegiate Athletic Association tournament: in 322 years, the Tribe has competed in March Madness exactly zero times, a fact which haunted the Tribe throughout the season. To be fair, the College did not have a basketball team for a few hundred of those years, since the sport was not invented until 1891. This year, the Tribe had a chance to change basketball history at the Colonial Athletic Association Tournament held March 6-9, but ultimately fell short with a loss in the championship game to Northeastern.

Though the Tribe’s quest to its first March Madness berth is still not complete, the College made strides toward its goal. This year was the first time that the Tribe received a No. 1-seeding in the CAA Tournament, which it accomplished through a tiebreaker that determined the CAA regular season champion.

During the CAA Tournament, the Tribe knocked eighth-seeded Elon out of the competition with a 72-59 victory in the quarterfinal round. The Tribe encountered a more challenging foe in No. 5-seed Hofstra during the semifinal. The two teams faced off with similar skill, forcing two overtimes to determine who would advance. The Tribe came out on top 92-91 thanks to a remarkable assist from senior guard Marcus Thorton and a buzzer-beating three-pointer from sophomore guard Daniel Dixon. During the championship matchup, however, the Huskies proved too much to handle as the Tribe’s late comeback fell short in the 72-61 loss.

Still, the College will play in the post-season competing in the National Invitational Tournament. The 32-team NIT separates teams into four regions of eight teams, the higher seed hosting the game. The final four games and championship will be played in New York City at Madison Square Garden March 31-April 2.

The Golden Hurricane finished the season in a slump losing three of their last four and falling just short of making the NCAA Tournament. Tulsa has not scored more than 70 points in regulation in 13 of their last 14 games. The only game over that span in which it passed that mark was a win at home over Tulane, a team that won just six conference games.

Tulsa ranks 256th in the nation in points scored, 286th in assists per game, and 267th in field goal percentage. The Tribe is 45th, 38th, and 7th in those statistics, respectively. The American Athletic Conference, Tulsa’s league, doesn’t feature any teams with an offense that ranks as highly as the Tribe, nor does it contain any teams in the top 100 in all three of those categories, while the Tribe ranks in the top 50. Southern Methodist University and Cincinnati are the only two AAC teams that rank in the top 100 nationally in shooting percentage, at 22nd and 85th respectively, and Tulsa is 0-3 against them.

Out of conference, the Golden Hurricane played just two teams in the top 100 in shooting percentage, Louisiana Lafayette and Incarnate Word. Though they beat both, ULL is a Sun Belt team that finished the year with 13 losses, and Incarnate Word just joined Division I in 2012. Tulsa has not faced an offense as strong as the College’s this year, which may work in the Tribe’s favor. Additionally, Tulsa has dropped winnable games to Oral Roberts, which finished the year just over .500, and Southeastern Oklahoma State, a Division II team.

Tulsa did, however, win 21 games on the season. Their defense is solid and could give the Tribe trouble. They have held three teams to under 40 points, three more under 50, and an additional 12 opponents under 60. Regardless of the quality of the offenses they have faced, those are impressive numbers. The College has held just eight Division I teams to under 60 points. The Tribe’s defense will be key to its gameplay, as it allowed many opponents to start comeback bids when the College held large leads.

The Golden Hurricane has also been able to grab rebounds this season, and is ranked 68th in the nation, while the Tribe is 281st in boards. The College has consistently been out rebounded, and that could be an issue Tuesday. The Tribe will need strong games from leading rebounders junior forwards Terry Tarpey and Sean Sheldon. On offense, the College depends on strong performances from Thornton, Tarpey and sophomore guard Omar Prewitt.

The matchup will broadcast on ESPN 3 Tuesday at 8:15 ET as the Tribe as attempts to win its first-ever NIT victory.