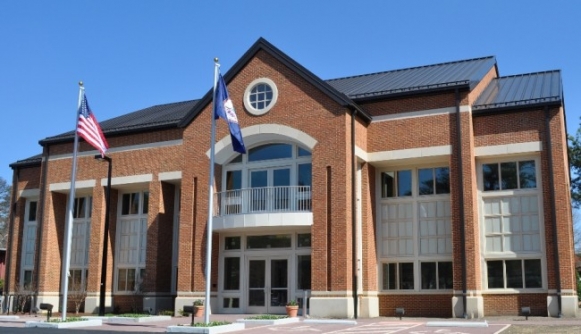 Benming Zhang ’16, the second College of William and Mary student elected as a member of the Williamsburg City Council, nominated Councilmember Scott Foster ’10 J.D. ’14 for Vice Mayor July 1, 2016. There being no objections, the position of Vice Mayor went to the first College student elected to City Council.

Less than a decade ago, residential students of the College were not permitted to vote in the City of Williamsburg. This ban was overturned in 2007 and, in 2010, 22-year-old Foster, newly graduated from the College, was elected as a member of City Council. May 3, 2016, students and community members again voted a student to Council.

For Zhang, the honor of personally nominating Foster to the seat of Vice Mayor reflects forward progress for student involvement in the City.

I thought it was symbolic how our first student-elected representative had this chance to become the vice-mayor, and I thought that was going to mean a lot,” Zhang said.

“I thought it was symbolic how our first student-elected representative had this chance to become the vice-mayor, and I thought that was going to mean a lot,” Zhang said. “Whether that means that we’re going to pass policies that are necessarily pro-student or what not, but it means that we’ve come a long way in the City, and I know that although he’s a number of years out of College, he still has students’ interest in his mind. And I thought that was very special and I was more than happy to offer my nomination, which the incoming mayor let me, so that’s how it came to be.”

Foster and Zhang gathered 1,559 and 1,148 votes, respectively, in their initial bids to City Council. Beyond both winning a seat on Council, the two share similar backgrounds. After taking a gap year, Foster entered the Marshall-Wythe School of Law. Zhang, too, has law school aspirations: he plans on applying to the College’s law school after taking the Law School Admissions Test this December.

Both already had experience in leadership roles, Foster as co-chair of the Student Conduct Council and Zhang as member of the Public Housing Advisory Committee.

According to Foster, Zhang’s experience on the Public Housing Advisory Committee may prove an advantage in getting acclimated to City Council over the coming months.

“I think Benny is better prepared to serve than I was because of his involvement with the City prior to running for council,” Foster said. “He knows many more people than I did and has a better understanding of the interworking of the organization.”

Another factor that may make the transition smoother for Zhang is the shifting dynamic in the community’s outlook on having a student in City Council. Now, nearly 10 years since student enfranchisement and six years after electing Foster to Council, Williamsburg may be more receptive to students of the College in government.

“I think Benny is a great addition to the Council team,” Foster said. “He has a ton of energy and a great perspective on the City and the College. We share a lot of perspectives but on others we differ, which adds a healthy dynamic to Council. I hope I’m able to help him through the first year or so on Council, which for me held the greatest learning curve.”

Like any new City Council member, Zhang said he faces a precipitous learning curve, as many of the current issues in the Williamsburg community have long memories.

Zhang and Councilmember Barbara Ramsey ’75, also elected in May, will soon be thrust into some of the more policy-heavy portions of the City Council role with the upcoming biennial Goals, Initiatives and Outcomes process, which plans and prioritizes goals for the City for the next two years.

Recalling his experience as a new City Council member, Mayor Paul Freiling ’83 spoke to the challenge of getting caught up on policy.

“There was still an incredible amount for me to learn and a lot of it had to do with the history of the issues as they have evolved over time,” Freiling said. “We could be talking about something like the school system which Doug, Scott and I have been intimately involved with for many years. We’re pretty intimately familiar with where the conversation is going, what the major pressure points or the forces at play, and those are the things Benny and Barbara will have to learn.”

But the new members will not face the process alone; Zhang said he has been looking to current and past Councilmembers for guidance. In particular, Foster has been and continues to be a mentor for the new Councilmember.

I would consider Scott one of my mentors and he was someone that I knew and he actually encouraged me to get involved with the City,” Zhang said.

“I would consider Scott one of my mentors and he was someone that I knew and he actually encouraged me to get involved with the City,” Zhang said. “I don’t know if he remembers this, but I took it as his encouragement since my freshman year when I started going to City Council meetings.”

According to Zhang, Foster may have helped jumpstart Zhang’s political career in the community, even before Zhang’s City Council aspirations.

“[Foster] obviously played a role in my appointment to the Public Housing advisory committee,” Zhang said. “I don’t know if he was it, but what I understand for these boards and commissions [is that] some of them are discussed by the entire City Council before the mayor makes the appointment, and I’m sure he may have played some role, whether a little or a lot in it.”

Zhang said that he respects Foster’s quiet determination and ability to make sensible, nonpartisan policies, among other things.

Although Zhang currently shares an advantage over Foster in his personal connection to students currently at the College, this effect will fade as time passes and students graduate from the College.

According to Freiling, the distancing from campus life for City Council members is inevitable.

“You’re not living on campus … you’re not going to class, interacting in the same way with activities on campus,” Freiling said. “Benny obviously is going to have more connections than I would, it’s been a long time — but he’s even more connected than Scott, because there’s nobody now in school who Scott would have known. So Benny does have that advantage, but he can’t go into buildings just like we can’t go into buildings.”

Zhang said he will have to address this effect as his time on City Council lengthens. For now, Zhang said he is actively meeting with current student organizations to forge a close connection with the College.

City Council will enter the GIO process beginning with the City Council Retreat Sept. 10 followed by a Sept. 13 public workshop at 7 p.m. for community input.