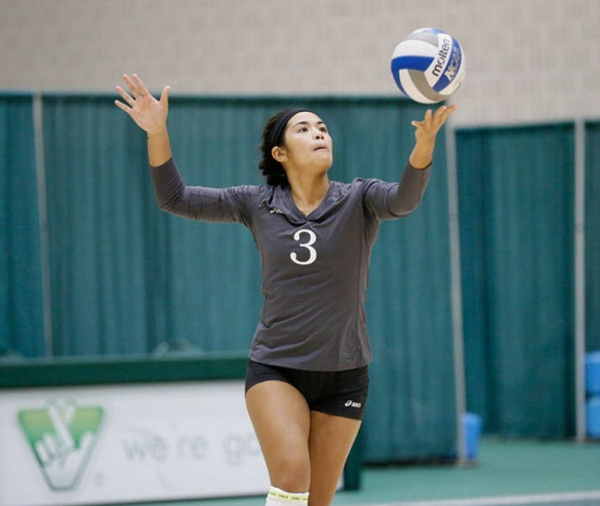 William and Mary continued to struggle at the Belmont Bruiser Showcase in Nashville, where the Tribe fell in all three of its matches, falling to 1-5 on the young 2016 season.

Playing against Georgia State and Belmont Friday, as well as Mercer Saturday, the College had several close matches, but was defeated in all of them. In all matches combined, the Tribe won a lone set against Mercer by a 25-20 margin. Both Georgia State and Belmont shut out the Tribe 3-0, while Mercer rebounded from a 1-1 split at intermission to rally for a 3-1 victory.

Friday morning, the tournament opened with a strong showing for freshman outside-hitter Alex Stein against Georgia State (3-3) as she registered a team-high eight of the College’s 32 kills. Senior defender Gabrielle Pe led the team with 12 digs. The match began well with a close 25-23 loss for the opening set, but a 25-17 second set put the Tribe down 2-0, which proved to be insurmountable.  Momentum stayed with the Panthers as they hung on for a 25-20 third set victory.

Without much rest between matches, the Tribe took on host Belmont Friday afternoon. The Bruins (6-0) entered and left the match undefeated. The scoreboard looked eerily similar to the Georgia State game, as the first set was a close defeat at 25-22 before the College fell behind in the second set once again, this time by a 25-11 margin. In the final set, the Tribe fought back from a deficit to nearly take a set, but Belmont kept its lead and padded it for a 25-21 result, closing the match with another mark in the loss column for the Tribe. Freshman outside-hitter Casey Foote and junior outside-hitter Sydney Biniak topped the stats with six kills apiece. However, Belmont more than doubled the Tribe kills in the match, leading 45-22 in that category.

The Tribe outshined on kills 54-51 and won the second set, but Mercer (3-3) took advantage of 32 College errors while only committing 19 of its own.

The final match Saturday afternoon was the closest of the three. The Tribe outshined on kills 54-51 and won the second set, but Mercer (3-3) took advantage of 32 College errors while only committing 19 of its own. The Bears also rode a 15-5 blocking margin to victory. The Tribe fell 23-25 in the first set before bouncing back for a 25-20 win in the second. After the break, the College failed to produce points, falling 25-12 in set three before a close 25-22 fourth set sealed the match and placed the Tribe in fourth of four teams for the tournament. Biniak led with 14 kills, swiftly followed by 13 kills off the hand of Foote. Pe put up 22 digs in the match to lead the defense.

The Tribe returns to Williamsburg this weekend to host the Colonial Classic, where it hopes to end a five-game losing streak. The tournament features Charlotte, Western Carolina and Coppin State and starts Friday afternoon in Kaplan Arena.