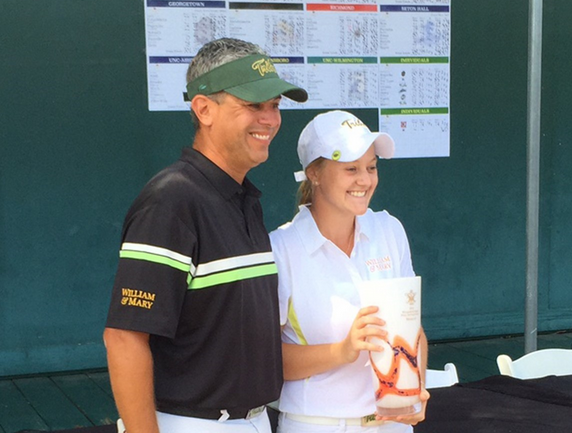 William and Mary opened its 2016-2017 campaign this past weekend, as the men competed on the road in Colorado while the women hosted a tournament in Williamsburg.

The men’s team began its season at the Gene Miranda Falcon Invitational, hosted by Air Force in Colorado Springs, Colo. Opening Saturday, the Tribe sat at the bottom of the leaderboard in 16th place after two rounds. In round one, the College shot 318 (+30), which it followed up with a 302 (+14) in the second round later in the day. Senior Austin Morrison led the Tribe with a two-round score of 149 (+5), good for a tie for 25th individually. Sophomore David Hicks finished the day just a stroke behind Austin Morrison, shooting 150 (+6) and tying for 28th place in the field. Senior Davis Morrison finished 12 strokes behind his brother, scoring a 161 (+17) to sit in a tie for 81st place. Sophomore Will Stewart and freshman Ben Morris rounded out the Tribe’s scoring, earning a 162 (+18) and 168 (+24), respectively, to sit at 85th and 91st. At the end of day one, the overall leader was Nevada-Las Vegas’s John Oda with a 7-under 137, while Colorado and Texas-El Paso topped the team board with a 3-under 573.

On the women’s side, the College hosted the William and Mary Invitational, which took place on the River Course at Kingsmill Sunday and Monday. The Tribe sat in seventh following Sunday’s play, shooting a 622 (+46) overall after two rounds, 23 strokes behind first-place Richmond. Leading the pack was junior Katie Edelblut, who was tied for fourth with a 5-over 149. Sophomore Elizabeth Choi shot a 156 (+12) for 28th to follow. Freshman Allison Olberding shot 158 (+14) in her first two rounds of collegiate play to sit at 37th, while senior Mia Zanghetti placed 41st overall with a 159 (+15). Freshman Jordan Michalak shot a two-round total 176 (+32) in her first tournament with the Tribe to round out the scorecard. Sophomore Riley Corona and redshirt junior Kelly Moran competed as individuals in the event, Corona sitting in 31st after two rounds with a 3-over 157, and Moran tied Olberding in 37th.

The Tribe returned for the third round Monday with a 304 (+16), led by Edelblut’s tournament-winning performance of 73 (+1) to defeat Seton Hall’s Cassie Pantelas by a lone stroke for the event crown.

Both squads continue their season in two weeks, the men heading to Valentine, Neb., to compete at the Jackrabbit Invitational Sept. 25-27 and the women traveling to the Nittany Lion Invitational hosted by Penn State in State College, Pa., Sept. 24-25.