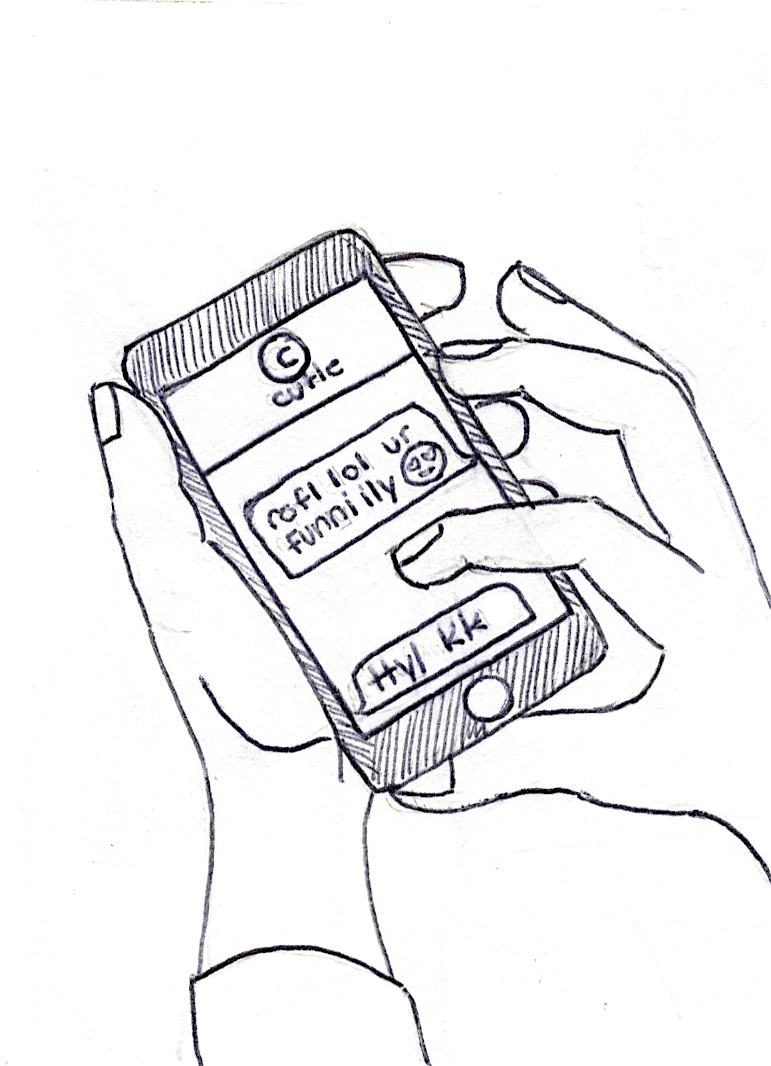 I’m a millennial. You’re most likely a millennial, and we definitely all communicate via social media and texting. But while you all might text and Facebook message on a daily basis, are you sure your e-communication game is on point? Online communication can be a tough one with its unspoken rules, difficult-to-read tones and unclear emoji intentions. I’m not saying I’m a pro at this whole inter-web talk — after all, at 21, I’m inching towards being out of touch with the youth of today — but I do know a thing or two about dank memes and GIF usage.

So, let’s say you’re trying to start a convo on Facebook with that cutie who sits in front of you in PSYC 313. You want to stir the pot but you’re not trying to pull the classic “the back of yo’ head looks ridiculous.” What do you do? Keep it relevant. Ask them a question about the homework, send them a cool psychology article, or maybe suggest you guys study for the next exam together. If your psychology crush wants to get chatting too, you’ve given them the perfect excuse to do so. And if they feel like swerving instead of conversing, no harm no foul.

One of my favorite ways to spice up communication nowadays is with a high quality meme. You might be wondering what makes a meme high quality. First of all, your meme should be relevant. Doge might have been the center of the meme universe back in 2013, but the times have changed. Keep it fresh; look out for new meme content if you can. Follow a few meme accounts on the ‘gram. Nothing says “I think you’re cute” like a well-curated meme conversation. Put in the work and you shall be successful.

I remember getting my first cellphone back in ’08 and going crazy for that cool text message lingo. I was all about “g2g” and “lmao” – and don’t get me started on “lylas.” But abbreviated terms are on their way out. And it kind of makes sense; back when you had to press “1” three times just to be able to type the letter “c,” keeping things short and sweet was the way to go. It’s 2016, guys. We have full keyboards and even possess the option to dictate our texts to our phone. Actually texting exactly what you mean is the future of online communication. If you want to throw in an occasional “idk” or “lol” that’s cool too, just make sure the recipient of your message knows what your hip youth slang means. But always remember, “lol” means both “lots of love” and “laughing out loud.” Is that a risk you’re willing to take?

When it comes to communicating face-to-face, its pretty easy to tell when someone’s joking or upset. But when your words are transmitted via Wi-Fi, it can be pretty difficult to properly convey how you’re really feeling. If you’re a sarcastic wench like myself, there’s no way of knowing if the pal you’re messaging will understand that only 1percent  of what you say should be taken seriously. If you don’t know if your Tinder match will understand what you mean, the best way to surpass the awkward explanation of “it was a joke” is to hit them with some context clues. Add a little “haha” to the end or slip a devilish emoji into the mix. That way, they’ll know you aren’t actually interested in watersports or diaper play and save you both from an awkward future encounter.

Mallory Walker is a Behind Closed Doors columnist who wants you to take more than 1 percent of her columns seriously, regardless of her texting habits.