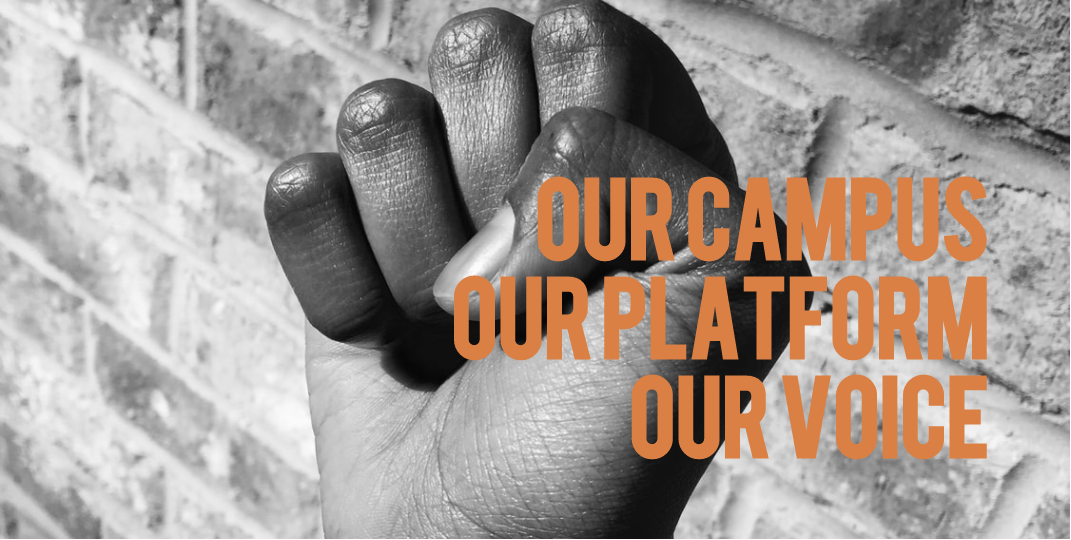 Last spring semester, as Damiana Dendy ’16 prepared to graduate, she also began laying the groundwork for a new student run publication called The Black Voice. The publication, which will be publishing its first content this semester, is a black student-run publication that seeks to provide black students with a space to share their writing, artwork and other projects with the rest of campus.

“I’ve been telling people it’s like a one stop shop for William and Mary’s black students because the main idea is that we want to be a platform for students on campus to kind of get their work out, to get their opinions on things, to get some of their own side projects that will affect our community to be a public thing,” Cameryn Easley ’20, the publication’s editor-in-chief said.

Dendy sent out an email to recruit writers for the paper and received lots of applications from potential writers and executive staff members.

I was happy to see that there was a black publication coming into campus for specifically black students on William and Mary’s campus.

“I was happy to see that there was a black publication coming into campus for specifically black students on William and Mary’s campus,” Briana Childs ’19, the publication’s web designer said.

Easley, who was a freshman at the time, applied to be a writer through an email link that Damiana had sent out. According to Easley, Dendy held a meeting for the accepted writers where she informed them that they had also been selected to serve on the executive board and carry on what she had started after she graduated. Dendy and several other people at the meeting nominated Easley for editor-in-chief.

This semester Easley and the rest of the staff have been focusing on creating a website. Childs has already posted a basic home page for the site online. According to Easley, creating a website instead of a print publication was the best fit for their content.

“Since it’s online we can put more things on it versus if it was in print,” Easley ’20 said. “There are a couple girls on campus who have YouTube channels where they do hair and make-up stuff, so we’re planning on linking that. We’re also planning on getting together with Students of Hip Hop Legacy when they come out with music and linking that on the website.”

According to Easley, the staff is still working on creating concrete sections. A lot of inspiration for the sections is being drawn from what students have told Easley they wish to write about. Currently the sections that exist are: a student art section that will post student poetry and art; a style section with health, beauty and fashion tips; a sports section that will feature College of William and Mary sports and national sports; a pop culture section; a politics and current events section; a section on life at the College; and a podcast section.

The publication is drawing some inspiration from HuffPost Black Voices. However, Easley said that pointing to a source of inspiration is difficult as they are still trying to finish finalizing the website’s layout.

“Something that we are trying emulate would be like a HuffPost/Buzzfeed, something that’s like accessible and fun, but still informative,” Easley ’20 said.

Currently, The Black Voice’s main goal is to produce content frequently and consistently. They expect to have their first posts up by the end of September.

“Consistency is really big when you’re starting new and just hoping that the consistency will help you gain traction with people and going from there,” Ravynn Stringfield ’21, the publication’s graduate advisor said.

I have to like actively seek out people to figure out what’s important to the undergraduate students, things like that and I think having a publication would help get news, get ideas to the graduate students so that we can see where we can help.

Stringfield completed her undergraduate degree at the University of Virginia and said she hopes that The Black Voice will write some pieces on Charlottesville.

According to Easley, the process of becoming an official publication on campus has been seamless. The one concern she has is that people on campus might question the need for a black-run student publication and might worry that it would divide the campus rather than make it more inclusive. For Easley, one of the goals of the publication is to help black students and their work become a bigger part of the campus community.

Although the publication has not posted anything yet, Easley said she has already received positive responses from fellow students.

“A few of the upperclassmen who I’ve talked to about it were super excited and they were like, ‘Oh my gosh this is something that I’ve wanted to happen for like so long because I’m a writer. I’m posting things and I want people to be able to see it.’’’ Easley ’20 said.

The publication also recruited several new members at the Student Organizations and Activities Fair. Around 60 students signed up to work on the publication. Easley estimates that about 40 of those 60 people will become regular writers and contributors.

The Black Voice is still looking for contributors. Those who wish to work on the publication can email blackvoicewm@gmail.com. No formal experience or specific talents are required to help The Black Voice.

“Whatever it is that you have to give, we would love to share that with people,” Easley ’20 said.