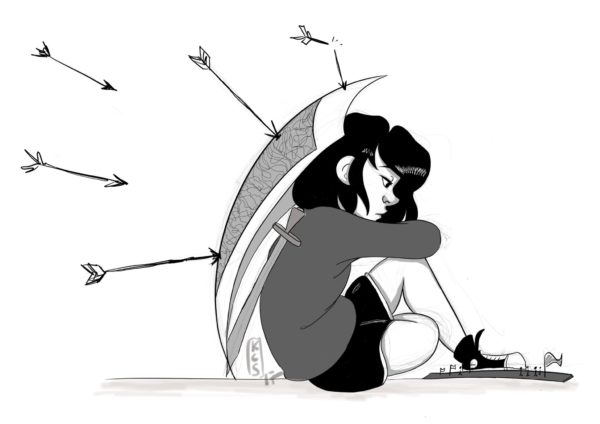 Ever since the College of William and Mary launched its branding crusade to remove the Coat of Arms from just about everywhere possible a few years ago, my heart has been left feeling increasingly conflicted every day. What was so wrong with it that a decision was made to stamp it out from usage almost everywhere across campus, and is it understood why our coat of arms is still important to the College community?

The College’s coat of arms was issued in 1694 by folks at the College of Arms in England before construction of the College even began. A series of university buildings atop a green field and underneath a golden sun, William and Mary has never truly looked the way our coat of arms has portrayed it at any point in its history.

What was so wrong with it that a decision was made to stamp it out from usage almost everywhere across campus, and is it understood why our coat of arms is still important to the College community?

However, that didn’t stop William and Mary from instituting the Coat of Arms as its identifying mark in the 1930s. Ever since then, it grew to appear everywhere around campus and to represent the College prominently throughout the past century.

With the entrance of the 21st century and the redesigned cypher, our coat of arms has been on the brink of extinction. With only a handful of exceptions, such as the flag and university seal of the College, the Coat of Arms is becoming harder and harder to find. The design has been pulled from all university merchandise and is off almost every sign planted on the grounds of the College.

I feel the College is making a mistake in stamping out the use of our coat of arms. The inception of the design in 1694, despite no real resemblance to the College, exemplifies the historical significance of William and Mary that makes a huge selling point in the importance of our institution. Also, dozens of graduating classes that preceded us have known and loved the Coat of Arms as our identifying mark, which is now nowhere to be found prominently displayed.

Personally, having grown up here as a permanent resident of Williamsburg, the College made a profound impact on my childhood, which I remember most commonly through the display of our coat of arms. From my James City County recreational soccer coaches to my tutors at my York County grade schools, the alumni of the College volunteered their time to the Williamsburg community to ensure citizens such as myself would succeed. Now that I am a member of the same Tribe that I received so much love and help from in my earlier years, it breaks my heart to see not only our coat of arms, but one of my most recognizable memories from my childhood, fade from existence.