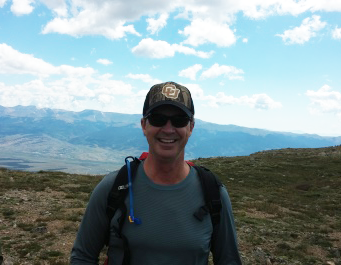 “Kayaks are like sports cars,” Professor of Kinesiology Kim Whitley said. “These boats are designed for maneuverability, they’re not designed to go in a straight line.”

Tucked away in the basement of Adair Hall, there’s a small pool and half a dozen kayaks that make up Whitley’s lecture hall. Whitley does not look like the average professor. He opts for shorts and Chacos in place of khakis and loafers. This is because he teaches courses in the activities program like Rock Climbing, White Water Kayaking, Adventure Games, Ski/Snowboard Maine (named so because it includes a week-long trip to Maine), Adventure Sports Leadership, and Outdoor Leadership.

Whitley began teaching at the College of William and Mary in the fall of 1984. He was hired because undergraduate students at the time were required to take four activities courses during their four years. Over time, the requirement was lowered to only two activity courses. In 2002, budget revisions meant eliminating the requirement altogether and cutting funding for classes like badminton, weight training, Tai Chi, scuba diving and self-defense.

Now, the remaining activity classes live on as electives. However, Whitley has never had a problem finding students to fill his classes.

“Everybody sees all the extreme YouTube videos, and they want to try it out,” Whitley said.

Students do not need any prior experience or skill to take an adventure sports class. There is a swim test for White Water Kayaking, but Whitley teaches all other necessary skills before voyaging down an actual river. Some students pick up the activities with ease, while others require more instruction.

Whitley’s teaching methods come from experience and the old Chinese proverb: “I hear, I forget. I see, I remember. I do, I know.” He believes a hands-on approach to learning is the most memorable for students, with the occasional reading and work on Blackboard. The only thing Whitley rarely does is lecture.

“If they want to be lectured, there’s a lot of opportunities for that in this school,” Whitley said. “A lot of riveting lectures out there, but my style is demonstration, modeling and then problem solving.”

The first thing students in White Water Kayaking learn is how to tip the kayak over and get out. Safety is the number one priority in any of Whitley’s classes, so students are taught the skills needed to stay safe from the very beginning. The way the course is taught, there is a high perception of risk but a very small reality of it.

Over his 33 years of teaching, Whitley says the most imminent danger to students has come from weather. Before smartphones, it was difficult to predict the weather, which could cause problems on river trips when there was flooding. Then there’s the sensation of being caught in a storm while white water kayaking.

The most dangerous situation Whitley has ever been caught in happened on a backpacking trip to the Three Ridges in the Blue Ridge Mountains. It’s a strenuous climb to the top and a beautiful view, so once he and others climbing with him arrived, everyone wanted to stop and hang out. Then Whitley saw clouds in the distance.

“Everybody, we’re leaving now,” he said.

This was met with protests from confused students, but Whitley could sense the inclement weather. They got off the high ridge to the low ridge as the storm came down upon them.

He explained thunderstorm safety procedures to the students, which included sitting close to the ground but spread apart. Huddling together means one person getting struck by lightning will lead to multiple deaths, so students were isolated to avoid mass casualties. Luckily, the storm passed with no injuries. It remains one of Whitley’s most memorable moments.

Whitley says it’s hard to pinpoint his favorite memories because his experiences are so collective. His favorite teaching moments are when students rappel down a cliff for the first time.

“When someone is going down off the cliff, I love that because I get to look right in their eyes as they’re going over the edge. I can work with them, I can sense their fear, their excitement, whatever is going through their head. I can see into their soul as they’re going down the cliff.”

Whitley first got involved with outdoor activities because he grew up in a dingy industrial town of 100,000 people that made him curious about the outdoors. Since then, he’s bicycled around New Zealand, climbed the Matterhorn in Switzerland, and sea kayaked around Alaska. He’s climbed Mount Elbert in Colorado doing altitude research and Mount William and Mary on the shoulder of Mount Elbert for a case study on climatization. Whitley is also the coauthor of two books for the American Canoe Association — one is an instructor manual for people looking to take the instructor certification course, and the other is an introduction to canoeing.

Unfortunately, the classes Whitley teaches will not be available after the spring semester because the administration has decided to discontinue the activities program.

Last year, a student developed a petition with 1,000 signatures to keep the activity program, but there has been no mention of it by the administration. With five or six full sections of Adventure Games each semester and 40 students signed up for a week of skiing in Maine, students will be sad to see these courses go.

Despite his time at the College coming to an end, Whitley would not trade his years here for any other job.

Leave a Reply to The adventure ends: A farewell to the College’s beloved kinesiology activities courses – Heather Baier Cancel reply