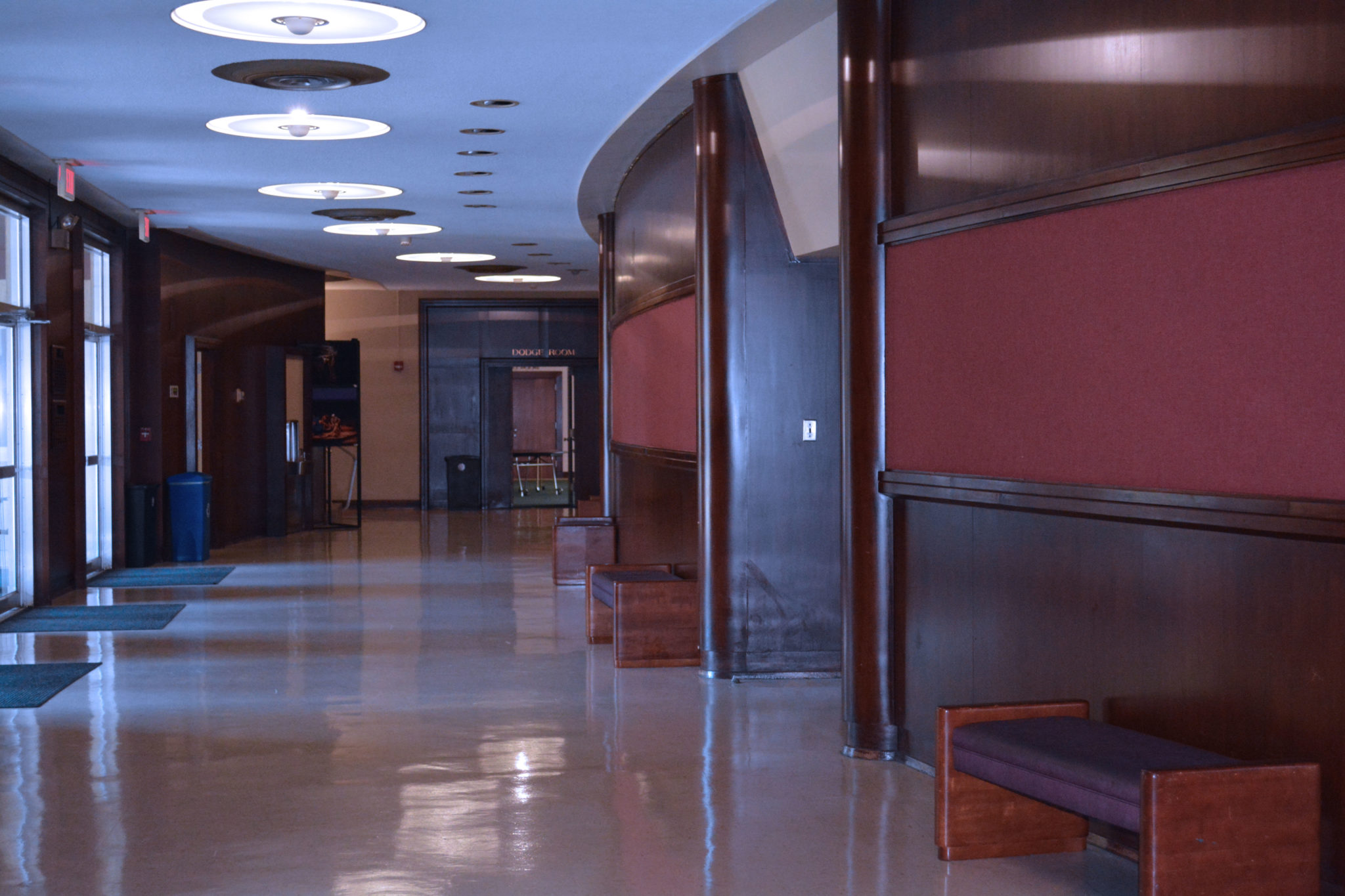 Phi Beta Kappa Memorial Hall is haunted. Or so they say. Faculty and students, believers and skeptics, everyone in the theater department knows the stories. While some may scoff and doubt when they get home from rehearsal, they tread more carefully inside the building’s walls. The spirits of PBK are not to be disrespected.

“During the day, generally there’s very low activity in the building,” Alex Poirer ’19 said. “But there’s an unspoken agreement between the living and the not-so-living that after a certain point, the ghosts want their own time. They want to be by themselves.”

One such ghost is Miss Althea Hunt. Miss Hunt, never to be referred to by her first name, was the founder of the College of William and Mary theatre department, and she remains one of PBK’s most active and mobile spirits.

“She wants to be respected — she deserves respect, but she ultimately wants you to succeed,” Sarah Marksteiner ’19 said. “And she really likes to watch final dress rehearsals. She’ll be seen from time to time in the balcony.”

Disrespecting Miss Hunt can lead to trails of misfortune, from snapped heels and ripped dresses to stage lights burning out on the spot. If you upset her, however, there is a solution. Leave blue flowers in the dressing room on opening night, thank her for the opportunity to learn and perform, and all is forgiven. Blue flowers are Miss Hunt’s favorite.

Some parts of the building, like the side lobby and the design room, are safe zones from PBK’s more paranormal tenants. Others, like the balcony lobby, not so much.

“It’s said that one of our more malicious spirits resides there — a young female,” Marksteiner said.

The Balcony Spirit, according to the stories, is flirtatious with boys who sit in her space and will often make her presence known to them through strange sounds and doors closing. Past two o’clock in the morning, however, she gets agitated by any intruder. By the time four o’clock comes, you’d better be gone.

“Four in the morning is the worst time,” Poirer said. “It’s really not wise to stay there past a certain point.”

Back downstairs and past the side lobby is the costumes hallway, lined with framed photographs of department productions going back to the 60s and home to some of the strongest paranormal activity in the building.

“That area is right next to the dressing rooms,” Becca Symmes ’19 said. “And that’s where a lot of the heightened emotional energy during theater productions happens.”

Students there too late at night often talk of odd noises, rattling chains and boxes falling off shelves. Some have even seen figures lurking at the end of the hall.

“One night, I was having an oddly timed choreography rehearsal,” Poirer said. “There were no other shows rehearsing, so everything was dark.”

After rehearsal, she passed the costumes hallway on the way back to her dorm. The rest of her castmates had gone out the front of the building, and there was no one else left inside.

“I crossed the hallway, and I just glanced down it, and there was a figure at the end of the hall, when I was the only one in the building and there were no lights on,” Poirer said. “So I passed it, I stopped, I looked back, there was still a silhouette, it kind of tilted at me, and I power-walked right out of there.”

The costume hallway also holds what is perhaps the department’s most famous ghost story. In 1963, the College did a production of Thornton Wilder’s “Our Town.” Everything was going fine, when one day late in the production cycle, while home at her family’s farm on break, the lead actress suffered a fatal accident with a piece of farming equipment.

The department and the College were in shock, but they ultimately decided to continue with the show, asking the stage manager to step in for the character of Emily. At the same time, Emily’s wedding dress from the show was reported missing. It was assumed the actress had taken the dress home with her over break.

Then late one night, after everyone else had left, the stage manager was rehearsing lines and blocking on the stage, trying desperately to catch up and be ready for opening night. Suddenly, at the back of the darkened theater, she saw a white figure. As she watched, it rose into the air above the seats and floated slowly toward the stage. It was the wedding dress — the same one that had vanished days before.

The stage manager ran out and left the building, telling herself it was an illusion. The next day, the costume shop reported the dress had returned, with one change. It was ripped down the middle, in the exact place where the actress’s wound had been. To this day, every wedding dress in the building is kept separate from the other costumes, hidden away in the back, securely under lock and key. The College hasn’t performed “Our Town” since.

The stories don’t stop at the costumes hallway. Multiple students have reported a malicious male spirit who inhabits the hallway behind the studio theater, referred to only as Hallway Man, who makes noises and turns off lights when students linger in his space too late at night. Another student mentioned the three spirits in the trap room beneath the stage, where she was locked in once despite leaving the door open when she entered. One student said that late one night, when she was trying to wash paint brushes in the shop sink, the cold tap came out too hot to touch, and back in the shop she began to hear strange noises.

While there are many legends and personal accounts of paranormal activity in PBK, it is possible that the stories are nothing more than stories.

“A lot of people involved in theater have very large inward emotional lives and imaginations, which predisposes us to the belief that such things can happen,” Symmes said.

Maybe that’s all it is — the collective over-imaginings of an emotionally active department. Just the same, you might want to check your skepticism if you’re ever in PBK at night.

And if you find yourself on a string of bad luck, remember to leave blue flowers in the dressing room. It’s unwise to disrespect Miss Hunt.