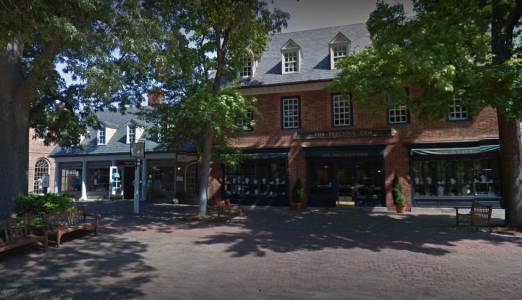 The pizzeria Mellow Mushroom will be joining the South Henry Street Shops of downtown Williamsburg during the spring of 2018. A grant from the Economic Development Authority enabled the opening to be officially confirmed. This announcement has been greeted with excitement from students eager for a new pizzeria following the closing of The Crust this past summer.

EDA Chair and Blue Talon owner Adam Steely said he is very hopeful that the opening of Mellow Mushroom will entice students to venture into town. He said that whether or not the students spend money is irrelevant, but the goal is to bring students off campus so that the town becomes more vibrant.

What I am super excited about is to have a major player that will bring what I hope are thousands of unique visits every month across Richmond Road, through confusion corner and into Merchants Square,” Steely said.

“What I am super excited about is to have a major player that will bring what I hope are thousands of unique visits every month across Richmond Road, through confusion corner and into Merchants Square,” Steely said. “[Students’ visits] bring energy to the town — it makes everything look more alive. That’s what we want, to pop the bubble around the campus and get more students coming off campus.”

The goal of the economic development grant is to resolve the funding gap between what Mellow Mushroom needed to make the project feasible and what the landlord could afford in terms of upgrades for the renovated restaurant space. According to Steely, this grant is a long-term investment in the town itself, as beautification of outdoor spaces is part of appealing to visitors.

Mellow Mushroom’s design concept relies on a large outdoor dining area that Steely said will enhance the aesthetics of downtown. This structure will remain whether or not Mellow Mushroom chooses to stay in the building for the long term.

“We don’t buy people’s stoves and carpet and chairs and forks. What we try to invest in is lasting infrastructure improvements that make downtown a better place to be,” Steely said.

For Steely, the most important issue is getting more people to visit Merchants Square and downtown Williamsburg, and he sees opening new restaurants as a way to achieve this goal. Steely said that with the opening of more restaurants, including Mellow Mushroom, he hopes to attract weekend visitors from large nearby cities such as Richmond, Newport News and even Washington D.C.

Steely said that increased crowds in Merchants Square would benefit all of the businesses in the area, not just Mellow Mushroom.

“All we want to do is get [people and visitors] to Merchants Square and get them to have fun; eventually we will get our turn,” Steely said. “It is up to us to earn their business, but all I want is thousands of people to come visit here and hang out. If that happens, we are confident we can get our share.”

Students are also eager to have a new food option that is close to campus. The August 2017 eviction of The Crust marked the closing of Tribe Square, a stretch of affordable, nearby restaurants for students at the College.

Erin Gorham ’20 said that she is anticipating Mellow Mushroom’s opening because she misses having a pizzeria close to campus and the community that a popular, reasonably priced restaurant brings for students.

“I hope to see [Mellow Mushroom] become a frequented spot for students because The Crust was a popular hangout for everyone, and it was a great place to be with friends and eat some delicious food,” Gorham said.

Maddie Fulham ’19 is also excited about the opening of this new restaurant. She said that she misses The Crust not only for its food and atmosphere, but also because the restaurant would host student events.

Fulham said that the opening of Mellow Mushroom is just what the College has been missing.

“I was very sad to hear that The Crust was closing due to all of the great memories I’ve made there,” Maddie Fulham ’19 said in an email. “They always had a jammin’ playlist going and were friendly to the idea of organizations using their space for events. When I was on campus without a car, this was my go-to fancy dinner place, and honestly, it perfectly fit the intersection of college affordability, proximity, atmosphere and blatantly good food. I hope the Mellow Mushroom picks up where The Crust left off in regard to the level of food and interaction with students, but honestly, having it within a five-minute walk of campus is the shining feature that the Tribe has missed.”

Eric Christenson, the owner of Lokal, said that the opening of Mellow Mushroom will create competition for Lokal, but that he anticipates this competition being beneficial.

I think the biggest impact will be to your dining hall, because now you’ve got somebody who actually has really good pizza,” Christenson said.

“I think the biggest impact will be to your dining hall, because now you’ve got somebody who actually has really good pizza,” Christenson said. “I have not tried their gluten-free or their vegan products, but I am assuming that they will have a lot more options for vegans and gluten-free people. So for Lokal, that’s a competition. I think the more competition that comes downtown, the better. Mellow Mushroom is great, it’s a destination, and it gives more options to students. But for us [it will not have] that big of an impact. … So from our perspective, as the healthy, local, vegan option, the more people that walk down the street, the better.”

Another local restaurant owner, Mary Ellen Power Rogers, who is one of the family owners of The Cheese Shop, said she is excited about the opening of Mellow Mushroom and hopes that it will be a high quality business.

“I hope that it will be an excellent Mellow Mushroom, that they will offer an excellent product,” Power Rogers said. “Because when The Cheese Shop and Fat Canary are surrounded by other really excellent dining options, it makes for a better environment for Merchants Square, it makes us the destination, whether its college students or local regional customers, they’ll come to Merchants Square verses going to High Street or Newtown or Newport News or further. We want to be surrounded by really good dining options, so it’s good for our business.”