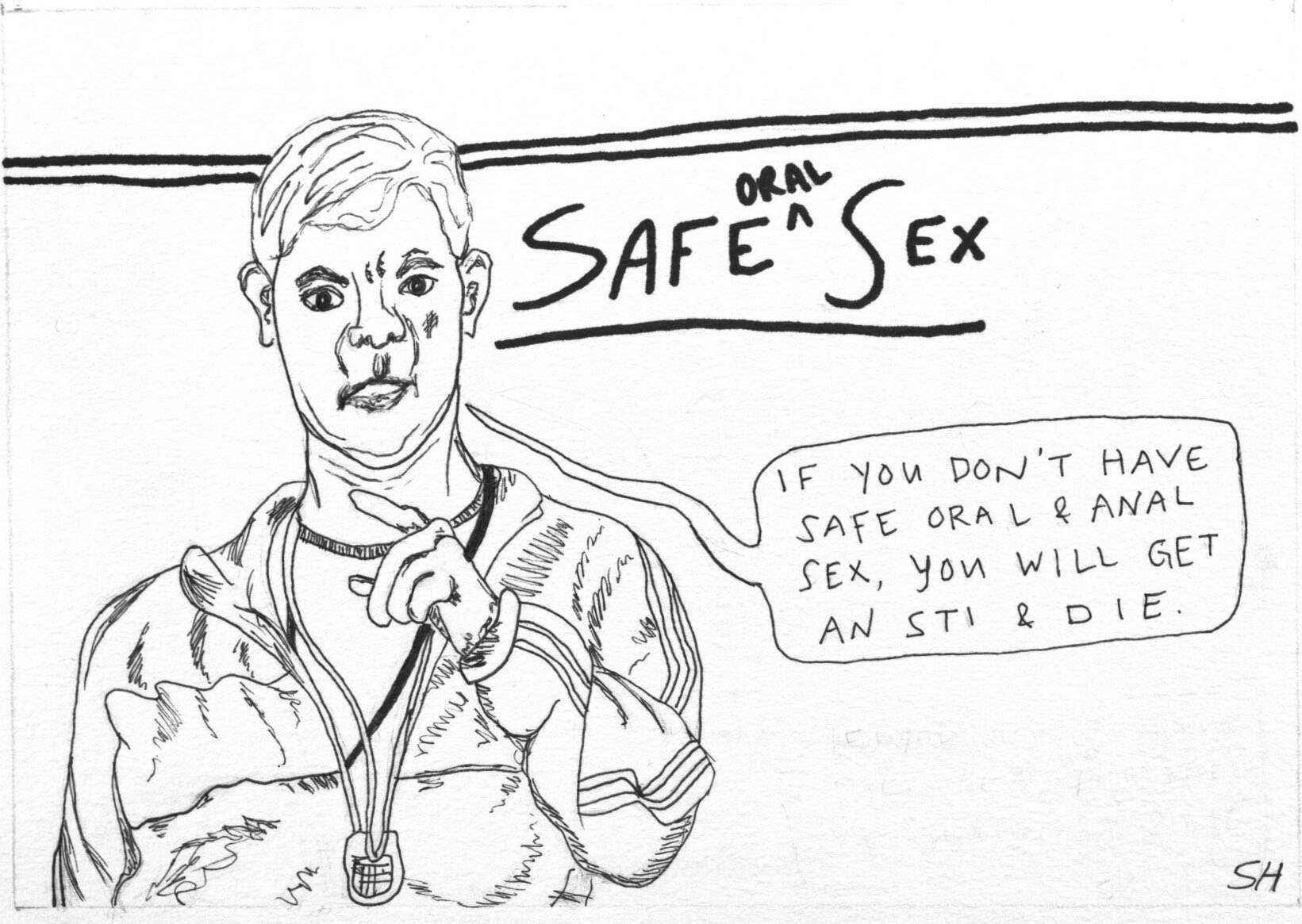 Dental dams. What is a dental dam? It’s the plastic wrap of the oral sex world (and sometimes is actual plastic wrap). And, before you ask — yes, it does have its origins in actual dental surgery. No, it’s not actually placed over your mouth for safe oral sex (it’s placed over the vulva or anus), and yes, it’s basically a square of plastic. With a little lube for the receiver, a little communication and a little digital tact to keep it in place, it’s a handy (except your hands are occupied) way to practice safe oral sex on a person with a vulva.

If you’re having sex with a partner who hasn’t recently been tested or with whom you aren’t in an exclusive arrangement with, and you aren’t using a barrier method for oral sex, you are putting yourself at risk for exposure to STIs. Yet, despite the relatively widespread knowledge that you can also transmit infectious sexual diseases through the exchange of sexual fluids or skin-to-infected-skin contact, it seems that very few people are choosing to use protection during oral sex.

While Planned Parenthood lists oral sex as a “low risk” activity on its webpage about “Safer Sex,” it goes on to specify that, “When it comes to HIV, oral sex is much safer sex than vaginal or anal sex. But other infections, like herpes, syphilis, hepatitis B, gonorrhea, and HPV, can be passed during oral sex.” HPV is an especially important infection to protect against when having oral sex with someone whose sexual history you aren’t familiar with (especially if you haven’t been vaccinated), since an infection in the mouth or throat can increase the likelihood of mouth or throat cancers (although this is most prevalent in cases of frequent exposure over time). Used correctly, dental dams and condoms can protect against these STIs.

In an interview for the Buzzfeed article, “Everything You Ever Wanted To Know About Dental Dams,” sex therapist Dr. Madeleine M. Castellanos is quoted as saying “despite offering great protection, less than 10% of women use them at all, with only a fraction of them using dams regularly.”

For dental dams, what does this mean? Well, with such little demand, that means that few brick-and-mortar stores can afford to supply dental dams. While you can make your own out of a condom with little effort, the size of your latex or polyurethane rectangle will be smaller than the amount provided by a dental dam, which may make usage a bit more finnicky. You can order them online off Amazon, but on Walgreens’ and CVS’s websites, I couldn’t find any after a cursory search.

Availability of dams in particular aside, one reason why many people don’t use a barrier method with oral sex is because both condoms and dental dams change the sort of sensations experienced by the giver and the receiver. This doesn’t stop heterosexual people from using condoms to have safe vaginal sex, nor does it mean that good sex can’t be had with a condom. Duh! That being said, here are some tips to make your protected oral sex a little easier.

You can make a dental dam out of a non-lubricated condom by unrolling it, cutting off both the tip and the rim of the condom, and then inserting your scissors into the remaining tube and cutting lengthwise down one side. If you’ve done your condom crafting correctly, you should have a rectangle of latex. Don’t use a condom with spermicide or lambskin condoms for your DIY dental dams, though. It’s not safe to ingest spermicide, and lambskin condoms are too permeable to protect against STIs.

Don’t use oil or oil-based lubes on latex condoms or dental dams. This may increase friction and cause them to break. The jury’s out on plastic wrap, since very little scientific research has been conducted concerning its usage as a sexual barrier. That being said, the general consensus is that if you are using plastic wrap, you should use the less porous, non-microwaveable kind.

So what’s the bottom line if all this prophylactic talk has made you a little squeamish? If you’re sexually active at all, get tested on a regular basis. Even if you’re only having non-penetrative sex. Or invent latex panties so that hands-free oral sex is easier for people with vulvas or a penchant for anal play. Even though STI transmission risk is lower with oral sex, it is still a risk. If you don’t want to use a barrier during oral and you practice sex, get tested VERY regularly for STIs. Seriously. I mean it. Don’t give your Tinder date throat gonorrhea. It’s curable, but that’s not the point. Swipe left on that, hard.

Elizabeth B. is a Behind Closed Doors columnist who wants to put a dam on the flood of STD’s.