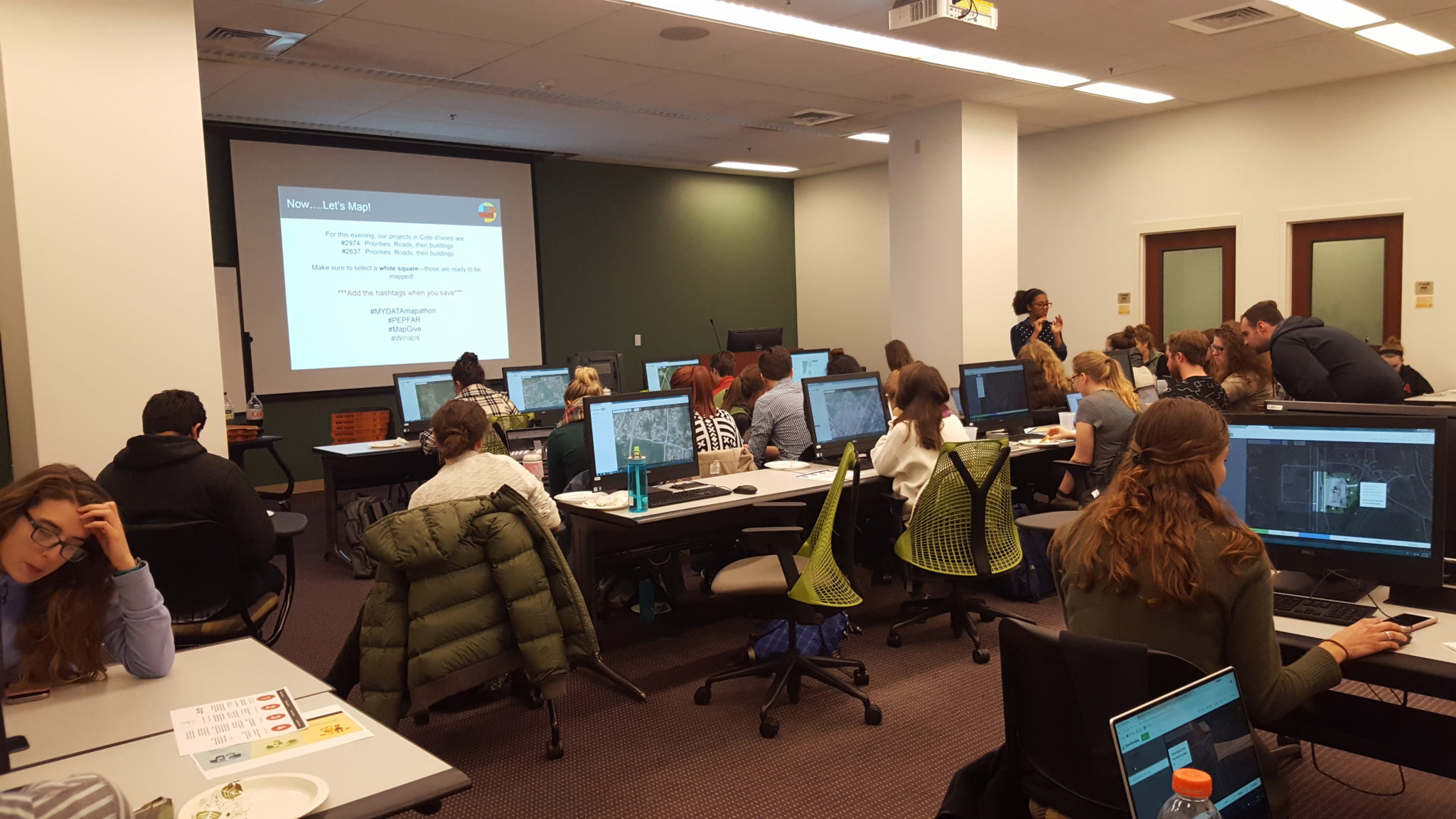 From combatting public health crises in Africa to creating maps of Middle Earth, Geographic Information Systems are an up-and-coming force on campus. Leading the way in GIS research, events and education is the Center for Geospatial Analysis, which is housed on the second floor of the Earl Gregg Swem Library.

Since its founding in 2008, the CGA has worked with both students and faculty on spatial data-driven research projects, introduced introductory and advanced topics GIS courses and helped bring the excitement and benefits of GIS technology to a wider audience. The CGA is a resource available to any member of the College community.

“Our main goal is to support faculty and students on their research projects,” Director of the CGA Robert Rose said. “So, if a student’s working on Geographic Information Systems, either on a short project or a long project, they come in here and work with us in order to get some support on that.”

Despite its beginnings in the geology department, the CGA strives to help students and faculty from across majors and interests.

“We are non-denominational,” Rose said. “So, one of the reasons we’re housed in the library is because we aren’t tied to a specific department.”

The accessibility and wide applicability of GIS has led to research projects in economics, government, biology and even English, where GIS was used to create a map of Middle Earth based on the Lord of the Rings trilogy by J.R.R. Tolkien.

The use of GIS in the English department shows how GIS is not just for the sciences — one goal of the CGA is to move beyond scientific research in order to integrate GIS into fields traditionally unfamiliar with the many uses of spatial technology, highlighting its importance as a way to share geographic information.

One way the CGA introduces GIS to the College community is through events called mapathons. Nov. 15, a collaborative effort between the CGA, the student-run organization YouthMappers and the State Department’s HIV/AIDS relief program held a free event where students worked with GIS technology to map satellite imagery of urban and rural areas in Côte d’Ivoire. After validation, the maps created at this mapathon are to be used in data-driven initiatives combatting HIV/AIDS in the local area.

“The mapathon was really kind of this perfect way for us to show American students about this issue,” one of the organizers of the event Anissa Chams-Eddine ’18 said. “The maps we are making will be used. They are very much needed to help local aid workers there.”

“Expand mapping into the local community, spreading awareness of what people here can do to support people on the ground elsewhere,” YouthMappers president Brian Barnisin ’18 said of the club’s role on campus.

The mapathon hosted Nov. 15 was packed with students eager to help with the project, whether or not they had previous GIS experience. After a brief introduction to the project, students immediately set to work using OpenStreetMap, an open-source technology that allows users to help with projects targeting public health, disaster relief, economic development and environmental sustainability.

One of the goals of the mapathon was to give participants the opportunity to experience firsthand how accessible spatial technology can be.

“It’s easier to get involved than you think,” said Chams-Eddine. “I literally just learned how to use OpenStreetMap. We just sat down and I did it. It took 20 minutes. This is a skill you can pick up that has a profound effect.”

For those interested in learning more about GIS, the CGA provides introductory courses.

“It’s a class that more and more students recognize that they need to take,” Rose said. “Because once they’re done with their academic career here and go on they’re likely to use GIS … We’re seeing students from all different disciplines who are recognizing that Geographic Information Systems may play a role in their future career.”

The skills gained through GIS education also reach beyond the ability to use GIS software.

In the near future, the CGA plans to launch a GIS certificate program, allowing students to earn their certification while studying at the College. Due to their small space and the high levels of interest from students, the CGA is, according to Rose, “already kind of busting at the seams.” In the future, Rose hopes the CGA will be able to offer more courses and more opportunities to connect GIS technology with faculty and students.

“GIS is not a spectator sport,” Rose said. “It’s really something you learn by doing.”

From organizations such as YouthMappers, CGA courses, mapathons and more, there are countless ways to get involved.

As a newcomer to GIS herself, Chams-Eddine reminds students just how accessible GIS can be.

“They can sit back, watch “Stranger Things” and map while doing it and do some good,” Chams-Eddine said.