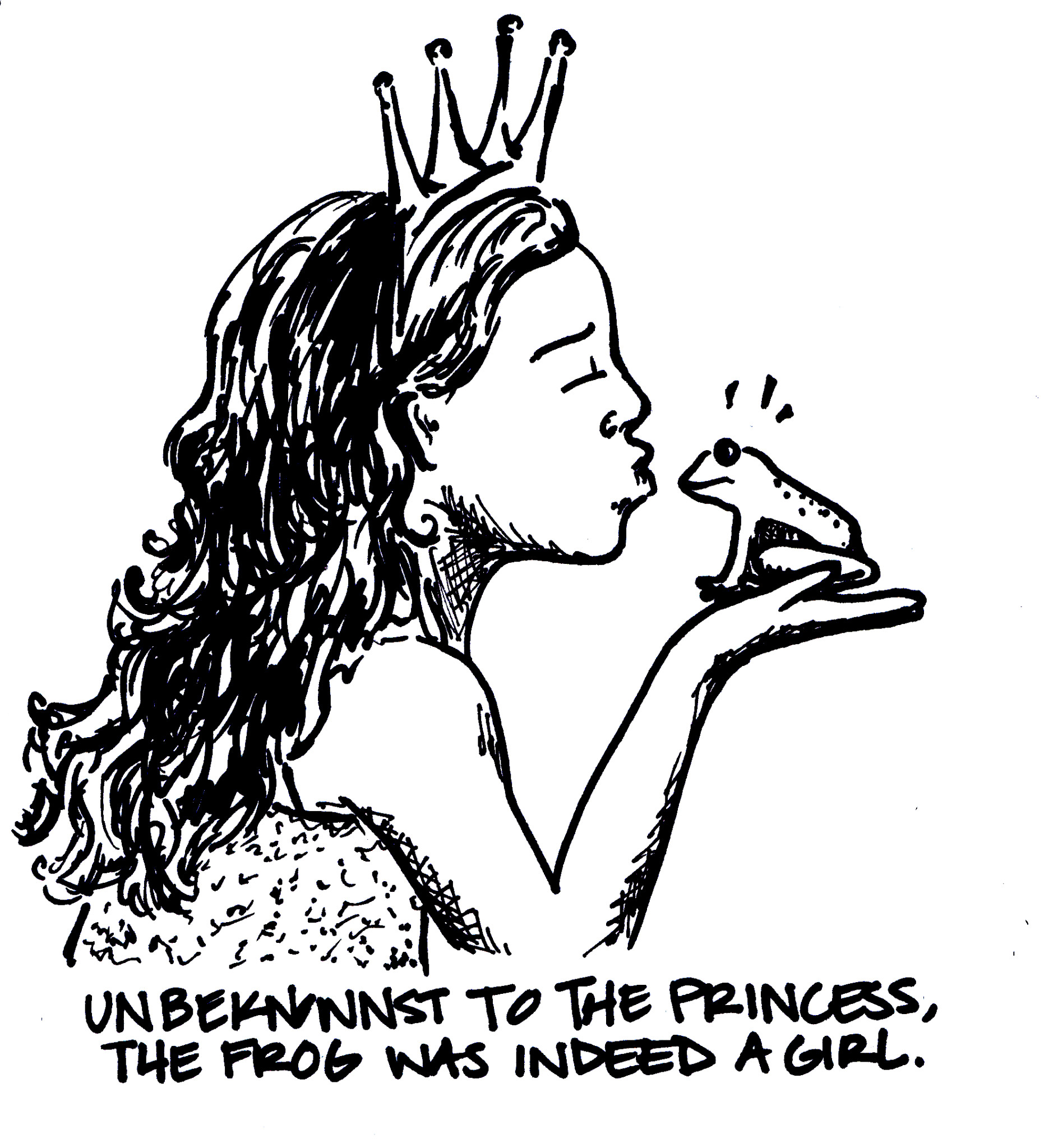 Let’s start with a confession: I have never kissed another female.

I know, it’s shocking.  I feel like every one of my female friends has some kind of story about the time she kissed another woman. A lot of girls’s first kisses are with their best friends, just to try it. I didn’t even consider the fact that I had never kissed a girl until I came to college. In fact, I was kind of proud of the fact that I never got drunk and kissed a girl at a party, thinking that it was some kind of attention seeking action of which I never wanted to take part.

Since coming to college, I have kept company with women in heterosexual relationships who kiss other women in heterosexual relationships on wild weekend nights. They laugh and joke about it around other people, including their boyfriends. I never considered it a big deal, until my boyfriend heard me joking with my roommate about getting drunk and making out with her at a party that upcoming weekend. I think I made some passing comment to him like, “Wasn’t that every straight guy’s fantasy? Two girls making out?” and he just shook his head. I probed further and he confessed that it would make him very uncomfortable if I kissed someone else, even if, in my own words, “It didn’t count.”

I can’t fault him for that. Our relationship is definitely between only two people and that’s how we both prefer it. I would hate it if he made out with one of his female friends, and I can’t imagine even considering making out with one of my male friends. Someone else, even with different hardware from him, is not my boyfriend, and such an intimate act makes him uncomfortable. And so I understand even if I think it makes me more curious.

This summer I worked with a woman named Belinda. She very quickly came out to me as gay, flirted with me, and told me that she never slept with gay women—only straight ones who usually had boyfriends. She told me she, “Showed them what they were missing.” As our time working together went on, she told me about her first girlfriend, and how she became as good in bed as she is; she always joked that if I ever got tired of my boyfriend, I’d know where to find her. “You’ll think about a night with me long after you’re married,” she said. “When you’re bored at home, you’ll dream about the things I did to you.” Yeah, she was kidding, but yeah, maybe it made me a little uncomfortable. Let me be honest here: Until about a year ago, I was at least moderately repulsed by my own vagina, let alone somebody else’s. But let’s also consider the fact that when someone tells you that they can quadruple your orgasms in half the time, it piques your curiosity, regardless of whether you think it’s true.

So maybe I had a dream that had Belinda in it. And maybe we kissed. And I probably woke up feeling kind of embarrassed at my own unconscious curiosity. Had I been a little younger, a little less experienced, a little more unsure, I may have even been ashamed of having a dream where I was intimate with someone of the same gender. Luckily, I know a little bit better. In the same way that having a dream about winning the lottery doesn’t make you a millionaire, having a dream about kissing a girl doesn’t make you a lesbian. In fact, even kissing a girl doesn’t make you a lesbian. It’s important that people get to decide how they identify with their sexual orientation, regardless of past experience. I also think it’s important that people have all the experiences they want to have to be able to make an educated decision about how they identify.

It might sound like I think my boyfriend is keeping me away from valuable experience that I should have, but I don’t believe that at all. I choose to kiss him and only him, not because he’s a man—not because he told me I shouldn’t kiss women, but because I love him, and I want our relationship to just be between us. In the same way I won’t go kissing guys willy-nilly to get experience, I choose not to kiss gals either, because that’s how I want my relationship to be defined. The important thing is that it is my choice.