After nearly a decade, the College of William and Mary’s “For the Bold” fundraising campaign will conclude with $1.04 billion raised in total. The campaign, which sought to raise $1 billion from students, faculty, staff and alumni, centered its goals on facilitating transformations across campus, strengthening alumni engagement, and fostering new opportunities for all members of the College community.

“For the Bold” drew in a total of 106,644 donors since its establishment. The campaign demonstrated high rates of alumni engagement and donor retention, and in its first year saw a 23.6 percent alumni participation rate before increasing to an estimated 30 percent according to a report from U.S. News & World Report, placing it first among public universities in the United States.

Scholarships were an emphasis of the fundraising efforts, and since its launch, “For the Bold” has raised over $300 million in scholarships for students.

“‘For the Bold’ has been a campaign about people and it will continue to shape the stories and change the lives of so many at William & Mary for the better,” Campaign Chair Sue Hanna Gerdelman ’76 said in a press statement. “Through times of triumph and tribulations, the campaign has provided a stream of resources that have enabled the great minds who come to William & Mary to innovate, seize new opportunities and pursue their passions.”

“Our ‘For the Bold’ campaign has been a constant during so much uncertainty, often being the impetus to greater community action to advance what we value most.”

With increased financial uncertainty on families during the COVID-19 pandemic, many students have looked to scholarships to support their academic pursuits at the College. The Scholarships Impact Fund within the “For the Bold” campaign provides instant assistance to students and saw a four-fold increase in annual donors since the onset of the campaign.

Despite global turbulence, philanthropy stood as a central source of funding for the College and its students. Ringing in as the single largest fundraising year ever, the College raised more than $149.9 million this fiscal year.

“Our ‘For the Bold’ campaign has been a constant during so much uncertainty, often being the impetus to greater community action to advance what we value most,” Gerdelman said.

“For the Bold” contributions supported the purchasing of state-of-the-art science equipment as well as professorship and fellowship opportunities for graduate students researching critical global issues such as marine plastics pollution and international foreign aid spending.

The campaign enabled the establishment of new buildings and projects dedicated to promoting diverse scheduling for students. Among these spaces and programs are the McLeod Tyler Wellness Center, the Shenkman Jewish Center, the Institute for Integrative Conservation, Camp Launch, the Flanagan Counselor Education Clinic and the Center for Online Learning.

Donors’ “For the Bold” gifts also led to the launch of the W&M VET program for student-veterans, the Entrepreneurship Hub, the Hixon Center for Experiential Learning and Leadership and the Boehly Center for Excellence in Finance and the Alumni House expansion. The fundraising campaign propelled the Studio for Teaching and Learning Innovation, growth of the College’s music and arts offerings, development of international ventures and the renovation of athletics facilities.

A principle of “For the Bold” was also advancing College diversity and inclusion initiatives. The Center for Student Diversity, curriculum and faculty programming, the Memorial to the Enslaved and the Lemon Project were among recipients of campaign gifts. New proposals like the IIC and the Women’s Stock Pitch serve to encourage visible, active participation from women, people of color and indigenous populations at the College.

Integrating “For the Bold” with ongoing campus events

The final months of the “For the Bold” campaign took place amid constraints on the College’s operational protocols due to the ongoing COVID-19 pandemic. The College’s fundraising efforts through “For the Bold” complemented efforts to support students during the spring semester, with campaign donors raising almost $290,000 from March to May to assist several initiatives brought on by the College’s suspension of in-person classes, including offering financial support for displaced international students and providing resources for the transition to online coursework.

Additionally, “One Tribe One Day” — one of the main annual fundraising events associated with “For the Bold” as a day of philanthropic giving and community engagement — was re-envisioned to fit this year’s unique contexts brought on by COVID-19 and evolving dialogues at the College regarding its role in combatting racial discrimination. “One Tribe One Day” in June raised $2.5 million from 7,136 donors, marking the highest dollar total raised in the event’s history.

“We talk a lot about this campaign being an investment in people and what we’ve been able to do is invest in people who are tackling some of the greatest challenges we will ever face in our lifetime. We’ve invested in people who are taking risks during a time of incredible change and transformation and in people who have the passion and courage to lead during moments of great difficulty and uncertainty,” Vice President for University Advancement Matthew T. Lambert ’99 said in a press statement.

Beyond its financial implications, “For the Bold” also led to the creation of several initiatives designed to maintain alumni engagement and foment a cohesive College community. These programs included hosting retreats for diverse alumni populations at the university, establishing more formalized social, intellectual and professional opportunities for alumni to network and learn, as well as publicizing the campaign and the College through several “For the Bold” celebrations at locations around Virginia, the United States and the world.

Looking forward, the College’s strivings for philanthropic development and community engagement will continue despite the conclusion of “For the Bold.”

“We were doggedly ambitious for the Alma Mater of the Nation. The campaign reached glorious new heights. William & Mary is and always will be a university for the bold,” former College President Taylor Reveley III, whose tenure oversaw the implementation of “For the Bold,” said in a press statement. 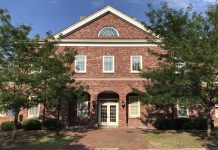