p. Last Tuesday, students from the College filled the Williamsburg Community Building to vote in the Virginia Republican and Democratic primary elections. The polls were open from 6 p.m. until 7 p.m.

p. Although the statistic of how many students actually voted is still forthcoming, Pilchen says that students did make a difference in the election.

p. “There were many more voters at the Stryker precinct, which is the precinct that includes the neighborhoods around the College and the College itself,” Pilchen said.

p. This is the first year that students were allowed to register to vote in Williamsburg through the College. Jennifer Schindler ’11 of New York really appreciated being able to vote without the hassle of an absentee ballot.

p. “It was so empowering,” Schindler said. “As students, our voices should be heard. “What better way to express ourselves than to be part of the community we will live in for the next four years.”

p. The town seemed to welcome students to the polls. Williamsburg Mayor Jeanne Zeidler told The Flat Hat that she thought, for the most part, residents were happy to have students voting.

p. “I think there remain differences of opinion, but in general, I think most people not only accept it but encourage the interest and involvement,” Zeidler said.

p. California Tortilla, a restaurant in New Town, had a special incentive to entice people to vote. People wearing their “I Voted” sticker were given a free taco.

p. The SA sent an e-mail to students early Tuesday with information on how to vote. Students were told which candidates from both the Democratic and the Republican parties were still in the running, since some of the candidates on the ballots had already dropped out of the race. The e-mail advised students to participate, saying that this election was a type of trial run for later elections.

p. “Students have only sparingly been able to vote in Williamsburg for the past four years, so this election will be important to make sure that problems can be ironed out before more important elections,” the SA email said.

p. Many students agreed that the voting process went very smoothly and easily. Kathryn Phillips ’11 was proud to cast her vote Tuesday and hopes that many others on campus did as well.

p. “I think that no one has an excuse for not voting because the polls were only a few blocks away and the lines were not very long,” Phillips said. “It was an easy process.” 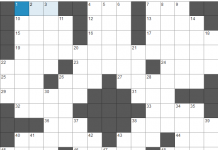