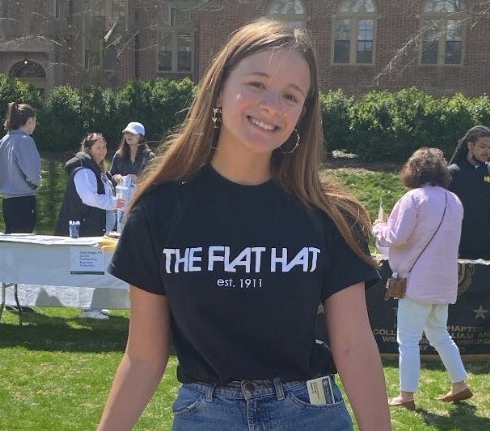 Lulu Dawes ’23 is a history and psychology major, and currently serves as the 112th Flat Hat editor-in-chief. Originally from Vienna, VA, Dawes was the managing editor and news editor previously. Outside of The Flat Hat, Dawes is a member of Student Assembly’s Review Board and Delta Gamma. Please email her at flathat.editor@gmail.com 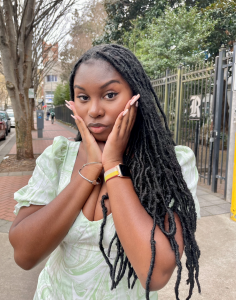 Ashanti Jones ’23 is from Ashland, Virginia and is a Government and Public Policy double major at the College of William and Mary. She serves as a Variety editor for The Flat Hat. Following her time at the College, Ashanti plans to attend law school. Outside of the Flat Hat, Ashanti is apart of several organizations on campus including AMP, Circle K, and CHAP. 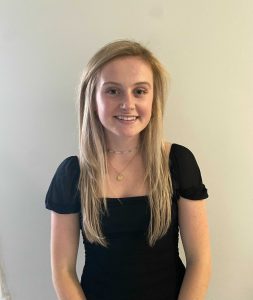 Molly Parks is the Managing Editor for the Flat Hat and a sophomore from Haddonfield, NJ. Molly studies English and History at the College and is involved with her sorority Kappa Alpha Theta and the Club Tennis team. On campus you can find her at Swemromas listening to The Daily podcast, on the Sadler Terrace, or at one of the Rec Center cycling classes. 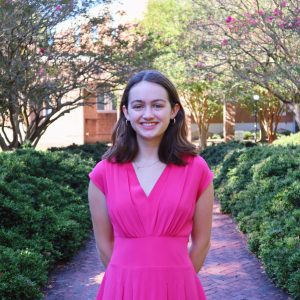 Operations Coordinator Alexandra Byrne ‘23 is an International Relations and French and Francophone Studies major from Maplewood, NJ. When not covering campus news or running the intern program, Byrne is a proud member of the International Justice Lab at the Global Research Institute. She likes art, tea, and fake plants because she can’t keep real ones alive. 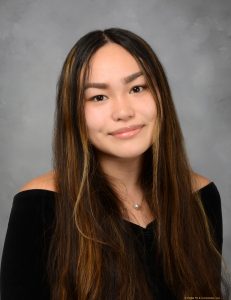 Erica Smedley ’23 is a Government major and a Creative Writing minor from Beaverton, OR. After she graduates next year, Smedley plans to go to law school. Outside of the Flat Hat, she is the Director of Senior Programming for Delta Gamma.
. 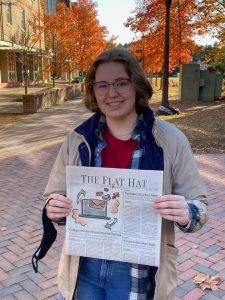 News Editor Callie Booth ’24 is a Government and History major from Rustburg, VA. She previously served as a Chief Staff Writer, and is also involved with with Random Acts of Kindness Club, the Botetourt Squat, and serves as a Resident Assistant. Outside of the Flat Hat, you can find her crocheting, walking through Colonial Williamsburg, or studying at the Daily Grind. 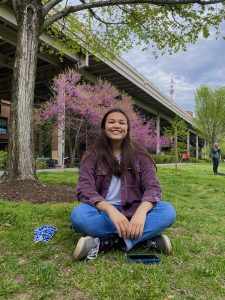 Anna Arnsberger ’25 is a history and government major from DC. Outside of the Flat Hat, Anna is a goalie on the club field hockey team and a member of the Innocence Club. In her free time, you can often find Anna cooking, doing puzzles, or watching women’s soccer. 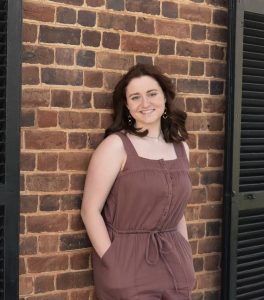 Abigail Connelly (‘25) is an intended English major on a Pre-Law track. When she’s not working on schoolwork, she’s likely riding her bicycle for the William and Mary Cycling Team, reading, writing, or hiking and collecting rocks. 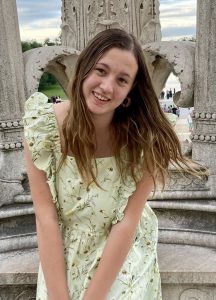 Opinions Editor Caitlin Noe ‘24 is a government major from Glenview, Illinois. Outside of the Flat Hat, she is a member of Alpha Phi Omega, the service fraternity, and works as a research assistant for AidData on the TUFF team. 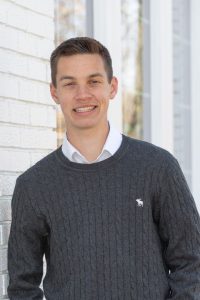 Adam Jutt ’25 is an economics and math double major…potentially. Aside from serving as an opinions editor with The Flat Hat, he is a member of the club tennis team and InterVarsity Christian Fellowship, and enjoys playing basically every sport under the sun (except bowling– he doesn’t care for bowling one bit and he doesn’t care who knows). In his free time, Adam can normally be found watching SNL, John Mulaney, or Parks and Rec clips on YouTube. 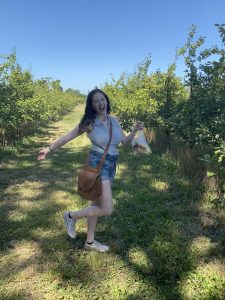 Madeleine Harris ’24 is a neuroscience major. She is from Northbrook, Illinois, and she started her time on the Flat Hat as an intern and then was an associate variety editor. She is also involved in the service fraternity Alpha Phi Omega, as well as a lab where she researches Alzheimer’s disease. Her go-to coffee order is hot chocolate. 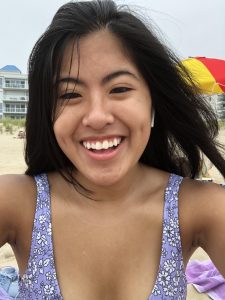 Vivian Hoang is from Fairfax, Virginia and hopes to use her History and Journalism & Media Studies double major to uplift marginalized voices through digital media. Outside of the Flat Hat newspaper, she is the Copy Chief of Flat Hat mag, writes for Vinyl Tap Magazine, is a Peer Reviewer with the James Blair Historical Review, works for the Writing Center, and is lovingly dedicated to her FASA and VSA fams! If you ever run into her on campus, you’ll probably see her doing one or more of the following: lifting weights at the Rec, munching on wings at Wing Night (she never misses a week), or accumulating 100k minutes on her Spotify Wrapped due to the sheer volume of music and podcasts she listens to—yes, she is in Doja Cat’s top 0.25% listeners, and she is proud. 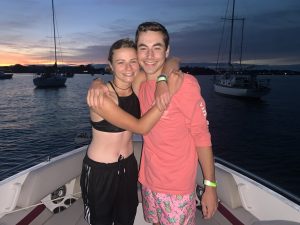 Jake is a sophomore at the College double-majoring in Government and Public Policy. In addition to working on the Flat Hat, Jake is the president of club golf and a member of the club gymnastics team. He has worked in sports journalism for six years and was the editor-in-chief of his high school newspaper, the Newtonite. 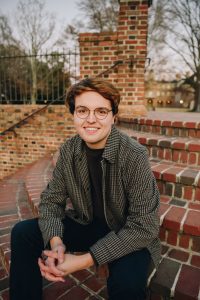 Justin is a Biology major and Film & Media Studies minor from Danville, VA, Hampton, VA, and Gainesville, FL (military family). He has previously served as social media editor for the Fall 2021 semester. On campus he is involved with many other things photography-related: Photo Club, The Flat Hat Magazine and ROCKET. He’s currently going through a slight Kacey Musgraves phase, but only Golden Hour. His favorite social media sites are LinkedIn and Tinder. In between classes you can usually find Justin listening to lo-fi hiphop beats or casual indie pop on Sadler Terrace. He hopes to continue Biology research after graduation and find a way to incorporate his love of photography.

Hi! My name is Yelena Fleming ‘25 and I’m from Midlothian, Virginia. I plan to major in Neuroscience or Bio and hopefully pursue a career in Ecology! Outside of FH I love to draw,knit, and play saxophone in the Pep Band.

Data Editor: Nick Reeder
Nick Reeder ’24 is a sophomore and is currently very undecided for his major. His role is processing and producing the graphs and charts in the Flat Hat as well as providing some analysis. Outside of the Flat Hat, he enjoys mountain biking and cooking!

Hi! My name is Yelena Fleming ‘25 and I’m from Midlothian, Virginia. I plan to major in Neuroscience or Bio and hopefully pursue a career in Ecology! Outside of FH I love to draw,knit, and play saxophone in the Pep Band. 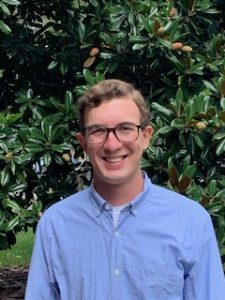 Co-Copy Chief Lucas Harsche ’23 is a history major from Mount Laurel, New Jersey. Lucas previously served as an Associate Opinions Editor and an Opinions Editor on The Flat Hat. When he is not busy lifeguarding, geeking out over Star Wars, or procrastinating his schoolwork (sometimes all at once), Lucas is also involved on campus in Swim Club and the Symphony Orchestra, where he plays violin. Lucas hopes to attend law school after graduation. 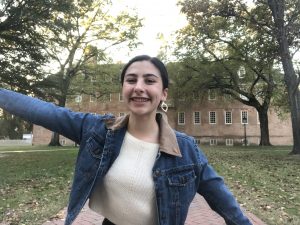 Veronica Bondi ’25 is currently undeclared, but is interested in English, Marketing and Government and is planning on double majoring. She is a copy editor for The Flat Hat, a Facilitator-in-Training for Tribe Innovation, a Writing Resources Center Trainee and a member of Library Ambassadors. Email Veronica at vabondi@email.wm.edu.

Crystal Wang ‘25 is an intended English and History major from Charlottesville, VA. Within the campus, she’s a staff member of the Flat Hat and The DoGStreet Journal as well as a member of the Archery and HEMA club. She can be found in Swem, frantically writing the essay she forgot about or in the Sunken Gardens scrolling through social media. After college, she plans to go into the publishing industry.

Justin is a Biology major and Film & Media Studies minor from Danville, VA, Hampton, VA, and Gainesville, FL (military family). He has previously served as social media editor for the Fall 2021 semester. On campus he is involved with many other things photography-related: Photo Club, The Flat Hat Magazine and ROCKET. He’s currently going through a slight Kacey Musgraves phase, but only Golden Hour. His favorite social media sites are LinkedIn and Tinder. In between classes you can usually find Justin listening to lo-fi hiphop beats or casual indie pop on Sadler Terrace. He hopes to continue Biology research after graduation and find a way to incorporate his love of photography.

Office of the Ombudsman 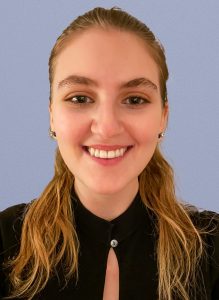 Sarah Devendorf is a Government and History major at the College of William and Mary who is graduating with the class of 2025. She is currently acting as the Associate Standards and Practices Editor (Ombudsman) at the Flat Hat. As an independent section of the paper, the office works to oversee ethical and journalistic standards as well as fact-checking of articles. Additionally, it acts as a liaison between the general public and the paper should complaints arise. In her spare time, you can find her in the choir room in your hall, singing opera. You can also find her reading on the third floor of swim and getting 2 PM “breakfast” on the weekends at Caf. Sarah joined the Flat Hat in the fall of 2021. 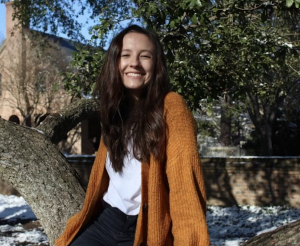 Emma Henry is a freshman from Wallingford, PA. She is currently undecided in terms of major, but is interested in environmental science and conservation. She joined The Flat Hat in the fall of 2021 as a news intern, and is excited to be moving into a new role! Outside of the newspaper, Emma is involved with Dining Sustainability, Shotokan Karate Club, and Williamsburg Sunrise. In her free time you can find her out hiking or curled up in Swem with a good book. 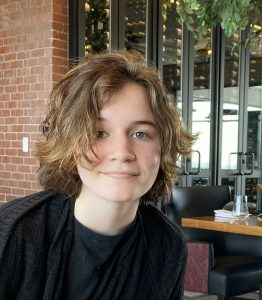 Hannah Ray ’25 is a prospective International Relations and Russian and Post-Soviet studies student from Richmond, Virginia. She has a passion for writing and is very excited to be involved with the Flat Hat. Outside of school, she enjoys going to the movies and taking walks around campus. 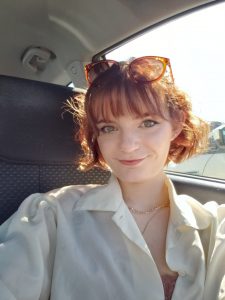 I am a Kinesiology/Public health major with a minor in Creative writing. I love to read, draw, or cook (its my love language). And I am an aspiring trailblazer. 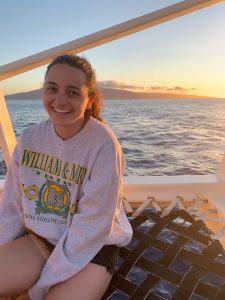 Lauren Meyer ’24 is an Anthropology major and a History minor from Richmond, VA. In addition to writing opinions for the Flat Hat, Lauren is a member of Club Swimming and Club Field Hockey. Her favorite beverage is a Strawberry Kiwi Capri Sun. 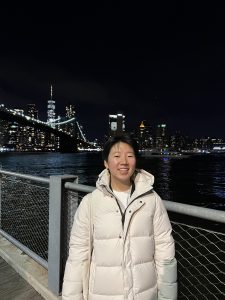 Linda Li ’24 is a Government major and GSWS minor from Shanghai, China. She loves writing profiles and hearing about people’s quirks and talents. Linda aspires to work at a magazine some day; for now, her goals are perfecting a batch of canelés (a French pastry) and achieving proficiency in Japanese. 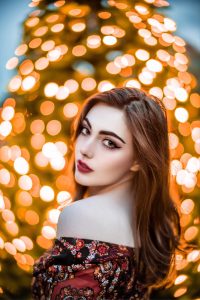 JR Herman ’24 is a Classics and Ancient Near East & Africa Studies double major. In addition to being an Associate Variety Editor, JR currently serves as Chief of Staff at Flat Hat Magazine (formerly Managing Editor). Outside of her duties at Flat Hat, JR is the Communications Fellow at the Alan B. Miller Entrepreneurship Center and is involved in several other campus organizations, including The Egyptological Society of William & Mary, The Gallery Literary Magazine, and yearbook, among others. In her free time, she enjoys nature photography, curling up with a book, baking sweet treats, and listening to French music on Spotify. 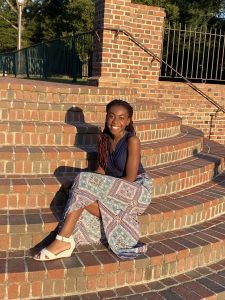 Naomi Fraser ‘24 is an Associate Variety Editor for the Flat Hat. She is a current Film & Media Studies major and aspires to work in the film and television industry as a producer and writer. Outside of the Flat Hat, Naomi is involved with the Nu Kappa Epsilon music sorority and works at the Reeder Media Center in the basement of Swem. In her free time, Naomi loves to read, play piano, and (binge) watch TV. 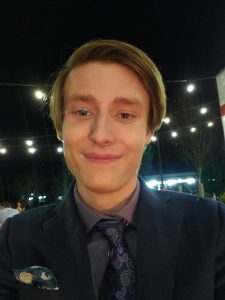 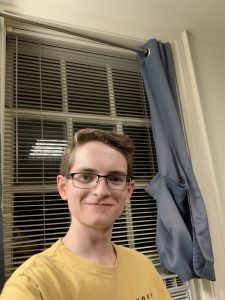