The College of William and Mary’s Student Assembly initiative for gender neutral housing, delayed since last spring, may see progress within the coming weeks. The multi-stage student proposal, first introduced last fall, saw resistance from administrators in February, when the College made clear it would not allow students of opposite sexes to share rooms.

However, Vasold said the Student Assembly would release a revised version of the proposal in the near future.

“At this point we’re working on final edits to make sure it’s up to date,” Vasold said. “Within the next week or two, it’ll be posted on the Student Assembly website.”

The proposal calls for a four-step process, the first of which was accomplished last semester —the streamlining of the Adaptive Housing Policy. This policy allows students to petition for alternative housing options based on certain special needs, including gender identity. The second step, if accepted by administrators, would set aside several apartments in the Ludwell complex to be occupied by students of different sexes living in single-sex bedrooms. Before moving in, students would be required to supply medical documentation stating transgender status.

“We were hoping to have that for next year,” Sen. Jake Lewitz ’13 said. “The administration was receptive, but right now is not the time to implement it.”

Vasold agreed, and said that the proposal has met resistance due to political and financial reasons.

“The school isn’t in a place financially or politically to move forward,” Vasold said. “Everyone is concerned about our finances. … It’s generally just trying to be aware of that.”

Due to objections from administrators, the proposal’s supporters chose to remove definitive dates from the plan, making their objectives eventual goals instead of rigid benchmarks.

“The political climate in Virginia right now is not conducive to gender neutral housing,” Lewitz said.

Eventually, planners of the proposal hope to give the option for gender-neutral housing to all students.
Approximately 50 universities across the United States have mixed-gender housing policies, including the University of California-Berkeley, Stanford University, Dartmouth College, Sarah Lawrence College and the University of Michigan.

Although the plan’s proponents said that they hope to make this housing option available to all students, it would remain just that — an option.

The initiative has already made progress in some aspects of student housing, namely the Adaptive Housing Policy.

“The Adaptive Housing Policy allows us to work individually with students to meet their specific needs,” Director of Residence Life Deb Boykin said. “We have a few rooms that have been used for these purposes. We can make special accommodations for a transgendered student and strive to ensure their privacy.”

Prior to the proposal, such options were available but unclear.

“It wasn’t clarified anywhere,” Vasold said. “[The new policy] lets students know that there already is a process. [It] lets you know that you can approach residence life. It is a big step.”

Despite hesitations on gender-neutral housing, the College administration has been supportive of the elements of the proposal in the past.

“The first step in the proposal … is one we support wholeheartedly,” Vice President for Student Affairs Ginger Ambler ’88 Ph.D ’06 wrote in a response to the SA’s proposal in February. 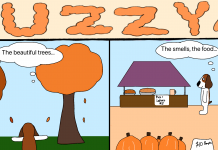 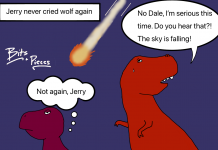