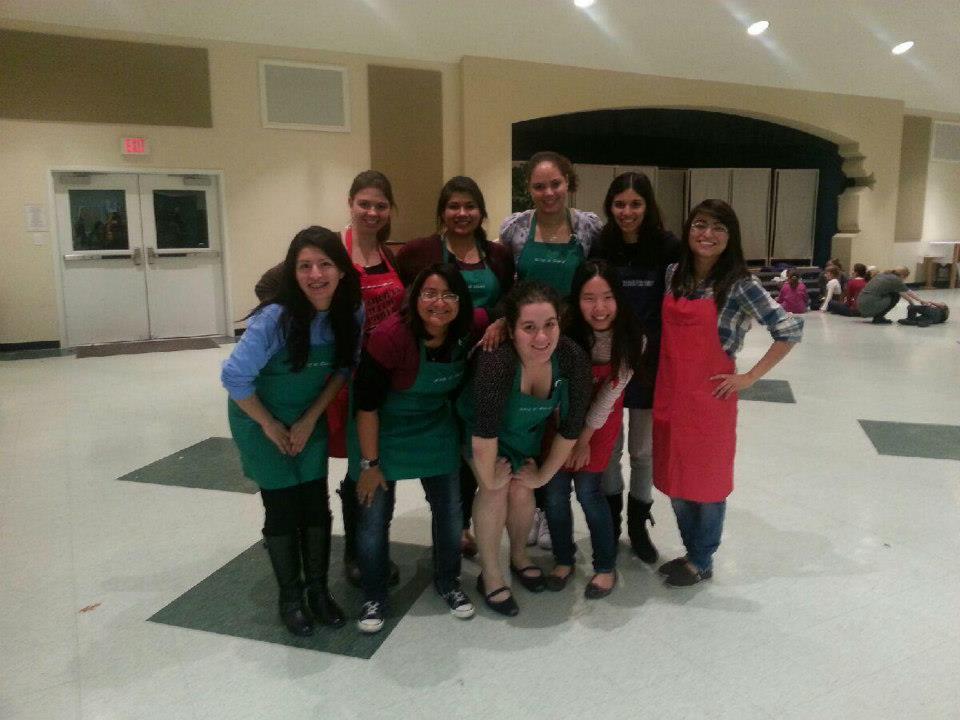 Chicas Latinas Unidas, a Latin culture-based group on campus, is working to become the College of William and Mary’s first Latina based sorority. CLU is in the process of petitioning to pledge Sigma Iota Alpha, a Latina sorority and member of the National Association for Latino Fraternal Organizations, to officially start a chapter here on campus.

CLU currently works to bring diversity and Latin culture to campus. Since the ratification of its constitution in spring of 2012, the group has focused on fundraising and service projects ranging from a mentorship program that helps with translations for Spanish-speaking students and families, to feeding the homeless and assisting with the canned food drive at the Marshall-Wythe School of Law.

“We’re very up and coming,” Nicole Chanduvi ’15, president of CLU, said. “You’ve got to look out for us. We’ve gone from this tiny and informal group to having events, profit shares and having other organizations and businesses recognize us.”

Led by Chanduvi and vice-president Almendra Terrones ’15, the organization began considering which sorority to pledge last semester. The final choice was between two sororities within NALFO: SIA and Sigma Lambda Upsilon. After meeting with representatives from both sororities, the group decided on SIA.

“They were so organized, so nice,” Terrones said. “It was an instant click with them, and we’ve really bonded with them.”

CLU hopes to become a sorority to give women of all races and backgrounds a place to belong on campus, noting that the group is Latin culture based but not Latin exclusive.

“When a bunch of us came here, we didn’t feel entirely comfortable with the sororities that were already here,” Chanduvi said. “A large reason for creating CLU was for the sake of trying to increase the Latina community here on campus, to try and give everyone a place where they felt they could belong.”

CLU hopes to begin the official pledging process in early January. In the meantime, the group hosts events such as Latin dances, movie nights and other activities where they explore Latin culture while forming sisterly bonds.

In addition, CLU has done a large amount of their funding independently. By utilizing a series of bake sales, private donations and profit-shares with local businesses, CLU has been able to surpass their initial goal of $500 by almost three-fold. It uses its collected funds to pay for the group application, as well as to help members pay individual dues and application fees.

“Most of our girls have been working harder now than they ever have in their entire lives to bring this to campus,” Kaitlyn Fields ’15, treasurer of CLU, said. “We’re all very proud and very happy.”

Until it can officially call itself a sorority, CLU hopes to expand and continue to establish itself as an active group at the College.