Home Variety I am W&M 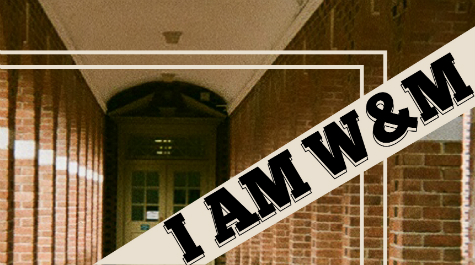 As this year’s I Am W&M Week draws to a close, the planning forces behind it all are gearing up for one last major event: the inaugural W&M World Expo.

Scheduled to take place Sunday in the Sadler Center from 6 p.m. to 9 p.m., the World Expo is a show of all kinds of diversity — featuring food from around the world, talks on different aspects of multiculturalism and dances from a variety of heritages.

World Expo co-chair Teymour Moinzadeh ’14 said that the goal of the event is to bring the College of William and Mary’s individual groups together to create a more unified outlook on diversity.

“What I really want is to get groups on campus to engage one another like they haven’t done before … so that we can really see the continuity and the similarities between these groups — especially the multicultural and religious groups — and see that they all have the same mission, and that is to engage the campus in their culture, their background, but also learn something from each other,” Moinzadeh said.

Additionally, organizations such as the American Sign Language group on campus will be hosting Active Educational Workshops, designed to engage participants and open discussion.

The Expo’s opening ceremony will feature performances by dance groups, and the events will take place throughout the whole building. The Sadler Center dining hall will also be serving a themed meal. Publicity and Design Committee co-chair Roma Moradian ’14 will be giving a talk on her experience studying abroad in Dubai.

“Being abroad gave me a more open-minded view of the world. … I wanted to definitely contribute since I have a unique sort of experience,” Moradian said. “Also, I just wanted to give back since it’s my last two months here on campus, and I think this is one of the greatest ways to be helping.”

While the groups represented at the Expo will be mostly religious and ethnic, Moinzadeh emphasized that the goal for this year’s I Am W&M Week has been to embrace diversity on a larger scale, reflecting all the things that make people different as equally valuable.

“I think it’s important to recognize ethnicities and religious differences, but if you just have those groups monopolizing the discussion on diversity, then it doesn’t get anywhere,” Moinzadeh said. “If we get other groups to feel like they can also be part of the discussion, then we’ll have a much more inclusive campus.”

Student Assembly Secretary of Diversity Initiatives and I Am W&M Week Chair Dylan Frendt ’14 is overseeing the World Expo, and worked to apply the idea of more inclusive diversity to the week as a whole. He emphasized neurodiversity and sexual diversity, both of which are issues that events addressed during the week.

Thursday evening, a panel called “Art of Mental Health” hoped to raise awareness and talk openly about mental health on campus. Meghana Indurti ’14, who has bipolar II disorder, wanted to share the importance of community for people living with mental illness.

“The community of the campus and the support system we have is one of the biggest reasons I came to William and Mary,” Indurti said in an email. “You can feel it as soon as you step into the campus. … And talking about mental health and talking about our vulnerabilities and being there for someone and making them feel not so alone is part of being in the tribe.”

To address sexual diversity, an LGBTQ pride festival was held last Saturday and was followed by a Drag Ball. “Bitch Media,” another gender-related event, was a talk and workshop that took place Monday and dealt with feminism and the media.

“There are many people on campus who feel that the definition of diversity needs to be broadened to include everybody, give everyone a safe space to express who they are,” Frendt said. “If there’s one theme I can tell you that is I Am W&M Week and is what we try to do the entire year, it’s sharing people’s stories and giving people voice, empowering people.”

While this is the Expo’s first year, its organizers are thinking in the long term. By getting as many on-campus groups involved as possible and by setting up committees and internal structure, they hope to make the event something that can continue for years to come.

“When it’s something that’s brand new, first you have to legitimize it, show that there is a need for it, then establish it as a tradition so that the funding for it and recognition can continue to grow year by year,” Frendt said.