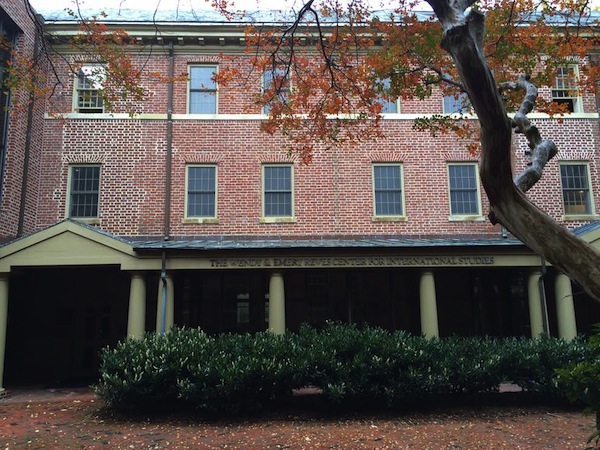 As Thanksgiving Break approaches, so does the deadline to propose a Living Learning Community.

Approximately 10 percent of student housing is set aside for Living Learning Communities, which fall under the category of Special Interest Housing. This category also encompasses housing for sororities and fraternities, which are allotted an additional 15 percent of the total on-campus housing[RN1] . In addition to other special interest housing, there are currently 12 Living Learning Communities on campus, including Sharpe Community Scholars, Monroe Scholars and substance free housing.

Each Living Learning Community must be connected to a specific academic department and have a faculty member as its designated adviser. Due the Friday before Thanksgiving Break every year, LLC proposals must include the written approval of faculty members who will be involved with administrative and advisory duties, in addition to a list of students committed to living in the space.

“A proposal will come in … the [Special Interest Housing] Committee will review it and then the committee makes a recommendation to Vice President Ambler to accept or not accept,” Associate Vice President for Student Affairs and Director of Residence Life Deb Boykin said. “[Ambler] makes the final decision. Typically she goes with whatever the committee recommends.”

Prospective Living Learning Communities must submit evidence of financial support, evidence of support from an academic department, a mission statement, and a list of its goals. They must also include a plan for achieving those goals, a description of how special interest housing factors into those goals, a plan to measure the group’s progress, a description of the kind of space the group wishes to occupy, and a statement of how the group will impact the surrounding community.

Living Learning Communities must include an academic component, and they must be coed. Boykin said that a women’s music group once requested special interest housing.

“[The request] was denied because it was all women,” Boykin said. “It also didn’t have a strong enough connection to the music department. It was more of a social group. And that’s not what these Living Learning Communities are about. There needs to be an academic piece.”

Closely connected with the Reves Center for International Studies, Reves Hall is a Living Learning Community with a global focus. Residents of Reves Hall participate in a one-credit course titled “The Global 21st Century,” travel to Washington, D.C. in the spring to meet with policymakers, and discuss global affairs with distinguished guest speakers from around the world. Recently, residents had special sessions with Ecuadorian Ambassador Nathalie Cely and Prince Turki of Saudi Arabia. They also participate in diverse cultural activities.

Reves Hall may be very focused on international affairs and relations, but prospective residents do not have to be IR or Global Studies majors. Last year approximately 40 students lived in Reves Hall, but the directors cut the number to 20 to foster a more intimate, close-knit community. Residents are admitted through a competitive admissions process.

“There is something special about a Living Learning Community,” Hanson said. “It’s different from just being an IR major or a Global Studies major. It gives you a chance to really live it and immerse yourself in it. And plus there’s been a long tradition of housing some exchange scholars together with the American students here so you really get that kind of global community.”

Just as Reves Hall is committed to fostering global diversity, the Mosaic House is a Living Learning Community that focuses on cultivating discussions about sexuality, race, gender, community and diversity. Housed in the Jamestown complex, the Mosaic House started with less than ten students. Now it receives over 60 applications per year for 20-30 open spots. Associate Professor of English Christy Burns helped conceptualize the Mosaic House and bring it into existence. The Mosaic House is a special living option for students who are interested in, as Burns put it, “learning across differences.”

“We had a small group of about four or five of us who sat down and talked about what we wanted to do. … This would be a space that wouldn’t be explicitly a Gender/Women’s Studies Space but the kind of place where students can explore differences and be more creative about it,” Burns said. “So initially it was kind of conceptualized as a queer space.”

Although the first proposal for what was eventually to become the Mosaic House failed to get off the ground, the second proposal succeeded, due in part to the massive amount of sociological research it presented.

Once a group is approved, however, the work is not done.

“There is a review process that is on a four-year cycle,” Boykin said. “Every year we are reviewing somebody. If you think about the four-year cycle, in years one, two and three we’re doing a third of fraternities and sororities. In the fourth year, we do all the Living Learning Communities. This [year, we are reviewing] a third of the fraternities and sororities.”