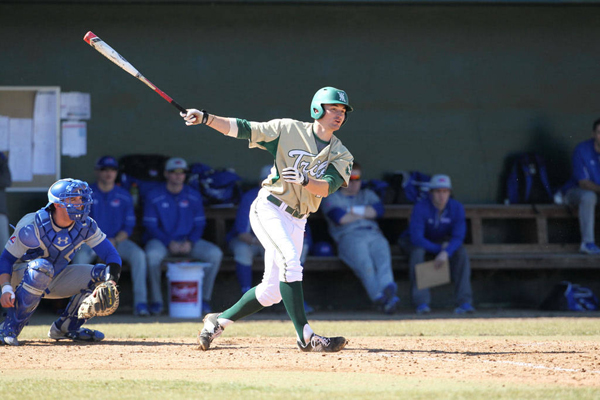 After starting its season 10-5 with wins over then No. 18 Mississippi and in-state rival Virginia Tech, William and Mary entered a slump.

After losses to Connecticut and Kennesaw State, the Tribe extended its losing streak to five Tuesday with a 4-2 loss at Richmond.

The Tribe (10-10, 2-1 CAA) is dealing with both offensive and defensive struggles throughout this losing streak. In three of the games it lost, the College surrendered at least 10 runs, and in four of the games it scored two or fewer runs.These statistics are not a recipe for success, and the Spiders (10-8, 2-1 Atlantic 10) were able to take full advantage of this fact. Though the defense and pitching were better this game, only giving up four runs, the Tribe’s offense continues to struggle.

The fourth inning started off strong for the Tribe as junior first baseman Charlie Gould hit a double as the first batter of the inning. A sacrifice fly by sophomore infielder Tim Hoehn allowed Gould to score, cutting the College’s deficit to one.

Neither team made progress in the fifth and sixth innings, as the two teams combined for six hits but neither saw any players come across the plate. The Tribe had a few missed chances, as it left men on base at the end of both innings.

The Tribe responded immediately as senior catcher Devin White hit a solo home run in the eighth inning to once again bring the teams within one run of one another. It was White’s first home run of the season.

Richmond opened up the scoring again, bringing in one run in the bottom of the seventh. The Tribe responded immediately as senior catcher Devin White hit a solo home run in the eighth inning to once again bring the teams within one run of one another. It was White’s first home run of the season. However, Richmond scored a run of its own in the bottom of the inning, making the score 4-2 with just the ninth remaining. Unfortunately for the College, it failed to get a hit in the final inning and was unable to tie the score or take the lead. The Tribe took the loss 4-2.

Senior infielder Willie Shaw led the way for the Tribe, going 2 for 3 on the day. He was the only player for the College that finished with multiple hits. White and Hoehn both earned a run batted in each. The Tribe finished with seven hits and struggled to gain any offensive momentum.

Junior right-handed pitcher Aaron Fernandez started the game and gave up six hits and three runs over 6.2 innings. He struck out a career-high nine batters and walked just one batter. The loss drops him to 1-2 on the season. Freshman right-handed pitcher Christopher Lohr did his job as the closer, pitching one inning and allowing only a single hit and no runs.

The Tribe will try to break its slump over the weekend as it plays a three game home series at Plumeri Park against Colonial Athletic Association foe Elon. The series is scheduled to begin Friday with first pitch at 7 p.m. Saturday’s game is at 4 p.m., and Sunday’s game will begin at 1 p.m.