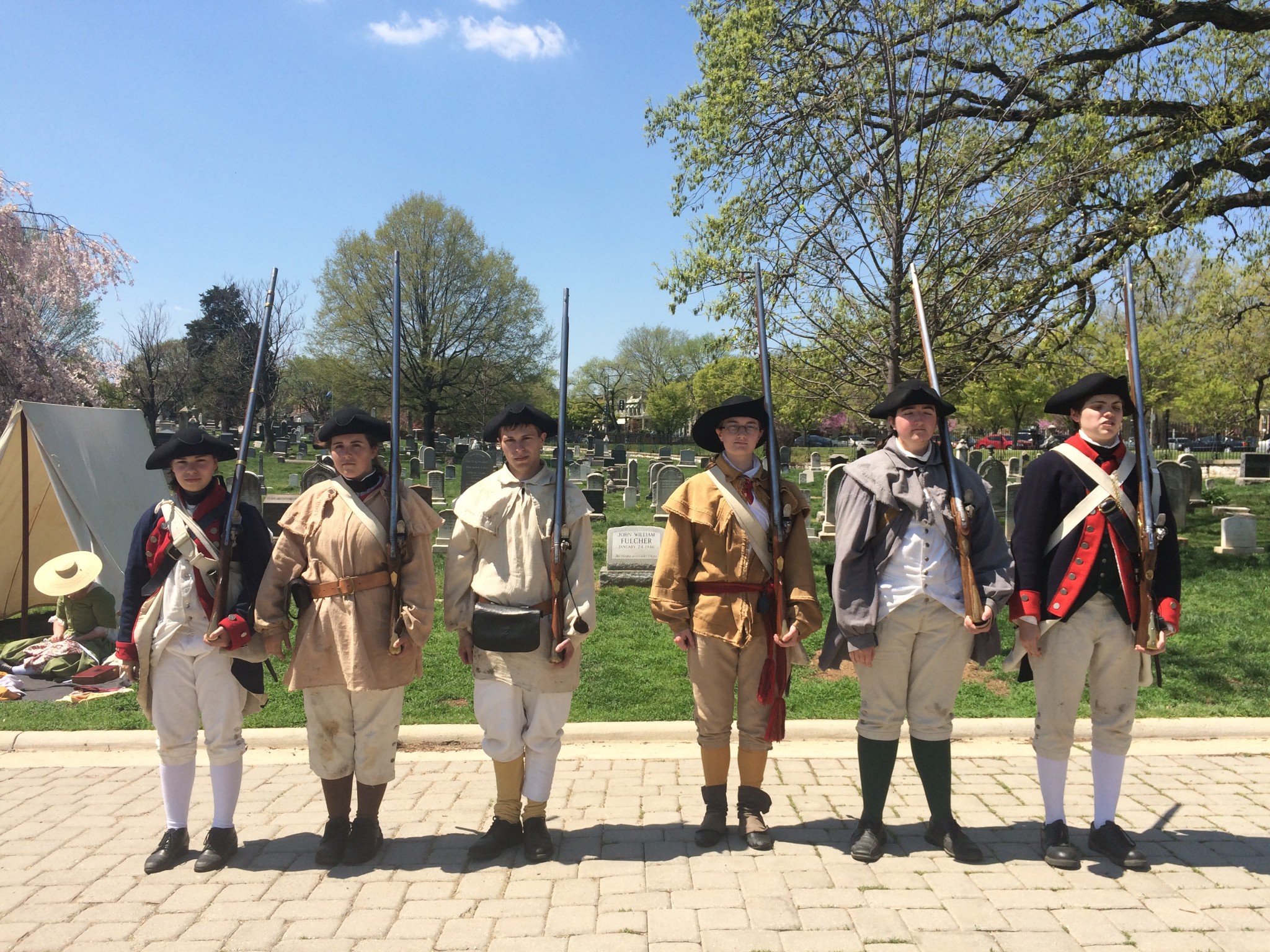 The year was 1777. The colonists who would one day form the United States of America were in a full-fledged war against their mother country, Great Britain. In Williamsburg, Virginia’s capital during the American Revolution, a group of students at the College of William and Mary — led by the institution’s president and cousin to the future United States president, Reverend James Madison — had just left the College to join the rebel effort and fight for independence. In 1777, the original College Company was born.

That was 238 years ago. Today, according to their website, the College Company of William and Mary refers to a Revolutionary War historical reenactment club dedicated to bringing to life the company of William and Mary students who left the College in 1777 to join the Continental Army and fight for freedom. The group pays homage to their colonial ancestors by keeping their history alive through a variety of historic programming.

Most recently, on April 18, members of the College Company traveled to the Congressional Cemetery in Washington D.C. in order to take part in the cemetery’s Revolutionary War Living History Day. This is the third year that the College Company has attended this event at the Congressional Cemetery, where over two dozen Revolutionary War soldiers are buried.

“I really love the Congressional Cemetery,” former president of the College Company of William and Mary Caitlin Hartnett ’15 said. “It’s always really nice up here, the cherry blossoms are blooming.”

Student members of the club set up a realistic battle camp, performed an educational rifle demonstration and interacted in character with visitors to the event. They did all this while wearing period clothing that members of the club either bought themselves or borrowed from the organization’s stock supply. They answered questions and demonstrated what life would have been like at a Revolutionary War battle camp almost two and half centuries ago.

“I like showing people history, and showing people a side of history that’s beyond textbooks,” current president of the College Company Shannon Callinan ’16 said. “A lot of our events have a lot of little kids who have never actually seen something like this and they get really excited about it. Just seeing that passion start to grow is really cool.”

Hartnett agreed with Callinan, explaining that her work with the College Company has helped bring history to life for her and many others.

Formed in 2004 by Mark Maloy ’07, the modern College Company has worked to keep history alive for more than ten years.

“I had already been doing some of the reenacting before, and when I went to Revolutionary War reenactments, I noticed that most of the reenactors are older men. There aren’t a whole lot of young people doing it. I really enjoyed it and I wanted to get more young people involved.”

Maloy took this desire to get other young people involved in reenacting and found a way to incorporate it with the history of the College.

Throughout the school year, the College Company, currently comprised of around fifteen members, travels to take part in various living history events and battle reenactments. Often, they work closely with their parent reenactment organization, the 7th Virginia Regiment of the Continental Line, of which students in the College Company are honorary members.

The College Company hosts several historic events on campus during the school year, including a campus ghost tour in the fall and a living history event in the Wren Building in the spring. The College Company also pays a service to the college during home football games by shooting their period muskets when the Tribe scores a touchdown.

“It’s great to see so many young people looking to touch the past in that way — to dress up in what they wore, to educate the public.”

Up next for the College Company of William and Mary is a battle reenactment at Mount Vernon, the first of its kind on the historic property.

“This is a student organization that is doing professional level work with living history,” Maloy said. “It’s great to see so many young people looking to touch the past in that way — to dress up in what they wore, to educate the public. It’s a fun group, but they’re doing a real service to the country in helping people to remember the history of the Revolution, and there’s no better place to do that than William and Mary.”