Home Opinions Guest columns In pursuit of a multicultural education 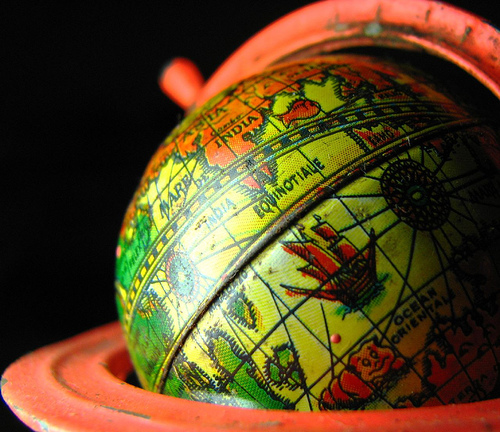 The first time I heard of Vanuatu was sometime between six and 10 years old, after my father taught my little brother and me a game. We had an interactive globe he would spin around, randomly pick a country from and say out loud while we tried to guess its capital. Still, the game served to instill an interest in the seemingly unknowable world that lay beyond our kitchen table.

“There is no doubt that wonderful organizations and institutions exist, but there is a lack of movement and energy, which doesn’t seem to meet the demand of those who want more diverse options.”

It is incredible how a simple game, which costs virtually nothing compared to college tuition, can impact a child’s education. I grew up overseas, where I went to schools in which students generally start learning languages as far back as kindergarten.

Consequently, coming to William and Mary as a “quasi-international student,” I was hoping for more exposure to different cultures. There is no doubt that wonderful organizations and institutions exist, but there is a lack of movement and energy, which doesn’t seem to meet the demand of those who want more diverse options.

Although our cultural organizations are great ways to connect with others and learn about a specific region or heritage, they generally do not transcend into the world of global studies, where students from China, Colombia or Canada can learn about Egypt, Korea or India. In addition, the annual events and fundraisers sometimes do not connect the diverse world cultures represented in our college, although one must recognize it is very difficult for single organizations to acquire enough money and labor for more immersive experiences.

“Learning a language is one of the best ways to discover the wonders of culture, but in this “globalized” nation, the emphasis on language education in public schools is quite pitiful…”

In that case, why not turn to William and Mary institutions? Well, our language department is generally better than at most colleges, but it lacks power. Learning a language is one of the best ways to discover the wonders of culture, but in this “globalized” nation, the emphasis on language education in public schools is quite pitiful, limiting the depth of the exposure to foreigners and making it difficult for many aspiring college students to feel encouraged enough to take up the challenge.

Additionally, study abroad programs, apart from being expensive, can sometimes provide limited exposure depending on the program and how the students take advantage of the experience. This forms barriers against having a truly cultural experience, unless you have an outlet in which you can learn about culture in a place where knowledge flows easily.

One nascent club that has stood out to me has been the International Cultural Exchange (ICE). This organization moderates cultural knowledge between international students and American students and offers an affordable way to learn about assorted cultures. I attended the first interest meeting (email ice@email.wm.edu if interested), where officers Nick Kousen and Yuito Ishikawa suggested using themed discussions, led by club members themselves, to present either their native country, ethnic region, place they live(d) or place they studied abroad.

“In a world that is becoming progressively globalized, we must begin to focus on learning beyond our borders.”

Furthermore, ICE offers a place where students who are interested in studying abroad, but are unsure as to where, can explore regions of the world and connect with international students who could help orient them and vice versa. In other words, it serves as a bonding agent for uniting diverse cultures and a medium in which international students can learn about the United States while American students learn about other countries.

Vanuatu (its capital is Port Vila) is home to an incredible variety of marine life, reptiles and birds as well as its 300,000 residents. As a Pacific island nation, it is becoming increasingly threatened by global warming, although most people in the world have never heard of the country and rarely think of its future. In a world that is becoming progressively globalized, we must begin to focus on learning beyond our borders. This starts with education, and we must demand a more multicultural one which doesn’t simply ooze, but instead cascades out of the walls of our college, the lectures of our professors, and the minds of William and Mary students.