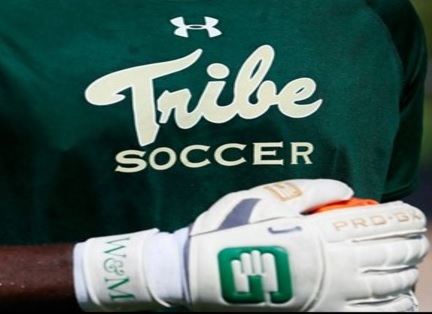 William and Mary (4-7-2, 1-5 CAA) continued to plunge in the Colonial Athletic Association with the fourth consecutive conference loss courtesy of North Carolina-Wilmington in a 2-1 double overtime thriller at Martin Family Stadium this past Saturday.

The Seahawks (8-3-2, 1-5 CAA) boasted the No. 1 CAA scoring  offense entering the match, but it was the Tribe that scored first with a goal in the 61st minute. Junior forward Reilly Maw registered the tally for the Tribe, assisted by senior forward Jackson Eskay. With the late score, the College just had to hold on to preserve a much-needed conference victory over a squad that has received votes for top 25 recognition nationally.

However, the Tribe couldn’t hang on to its advantage, allowing the equalizer in regrettable fashion via an own goal. In the 73rd minute, UNC-Wilmington crossed the ball from the left side of the field right to the six-yard box. In the ensuing confusion as players crashed into each other to get position for a header, the ball bounced off a Tribe defenseman and slipped past redshirt junior keeper Mac Phillips into the net.

The Tribe couldn’t hang on to its advantage, allowing the equalizer in regrettable fashion via an own goal

Freshman midfielder Antonio Bustamante slipped a pass to freshman forward Ryder Bell for a chance in the 82nd minute, but Bell’s shot was rejected by the Seahawks keeper Sean Melvin.

Riding a 10-5 advantage in shots and a series advantage of 34-4-4 against UNC-Wilmington, the College entered overtime eager to clinch the win and avenge the Sept. 27, 2014 1-0 double overtime loss, which was also at Martin Family Stadium..

The Tribe opened the first overtime period well enough, with three shots and a corner kick over the initial six minutes of play. The Seahawks had a chance with a header of their own, but it sailed over the crossbar with just 80 seconds remaining. The whistle blew for the end of the first overtime, as the William and Mary switched sides and regrouped for the next 10 minutes of action.

The second overtime period featured each team taking more risks with physical play. Each team received a yellow card within the first four minutes of play as each possession became more crucial to avoid a draw. Phillips dove for a clutch save with two minutes left of action, barely pushing the shot out of bounds. The Seahawks lined up for the corne rkick, 122 seconds separating the two teams from a draw.

For the fourth time this season, the College exited the overtime period empty-handed.

But for the fourth time this season, the College exited the overtime period empty-handed, as the Seahawks came through in the clutch on the cornerkick, with UNC-Wilmington midfielder Kellen Foster putting the final touches on the Seahawks’ victory.

With the loss, the College drifts down to No. 7 in the CAA, just one spot out of postseason play. With four games remaining, the Tribe will likely have to win out to move past James Madison, which holds a stronger conference record of 2-2-2 as opposed to the Tribe’s 1-5. UNC-Wilmington secures itself as a No. 4 seed for the conference tournament, and still has a chance to move into No. 3 by the season’s end in November.

Up next for the Tribe is a home matchup against North Carolina-Asheville 7 p.m.  Tuesday.

Editor’s note: UNC-Asheville was defeated by William and Mary 4-2 Tuesday night. For that recap, click here.