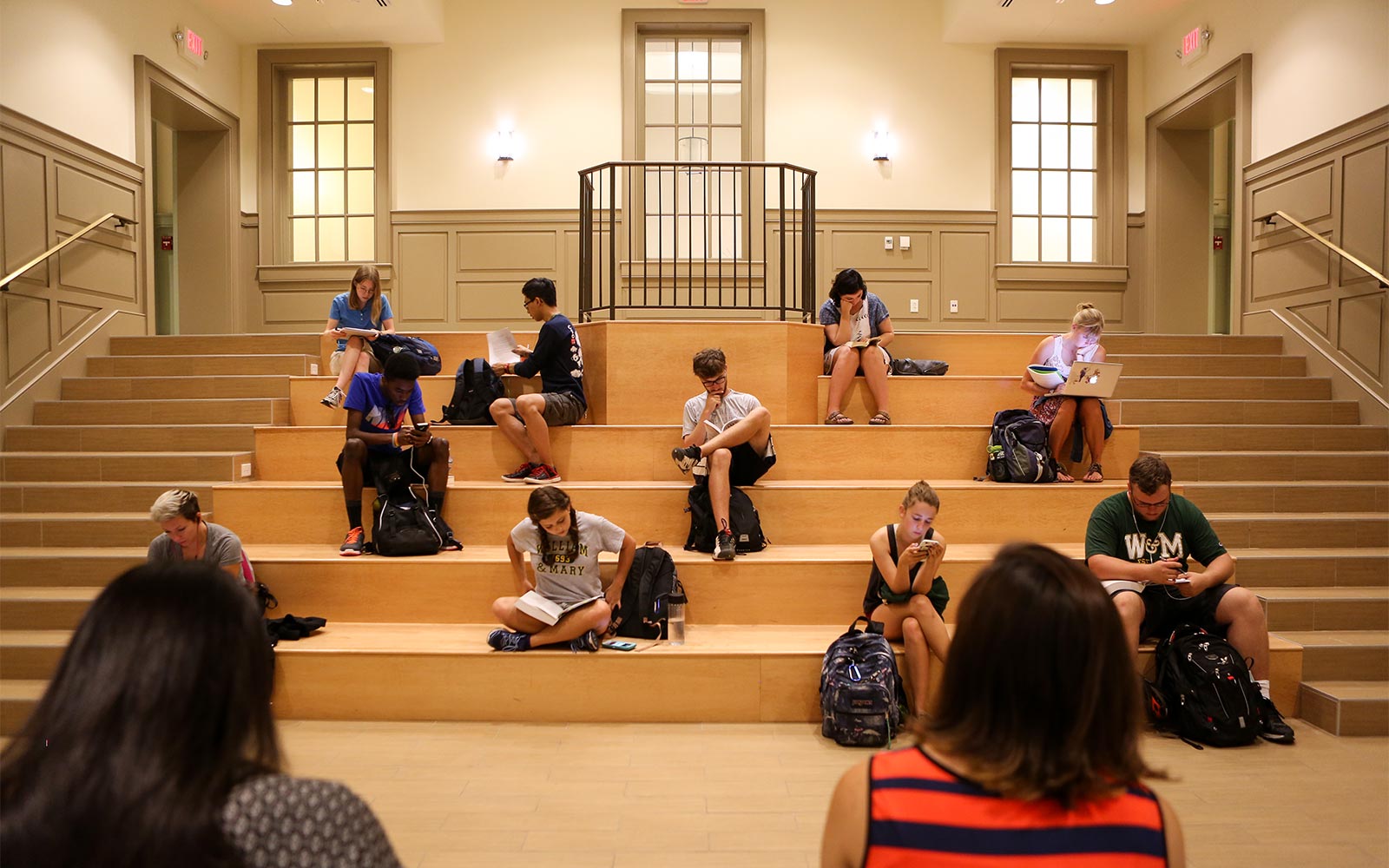 Every student at the College of William and Mary has a unique story, but that is especially true for non-traditional students. Many people assume that they are not students at all. Non-traditional students are commonly mistaken for faculty, staff or visitors by both students who started college as 18-year-old freshmen, as well as professors.

The official definition of a non-traditional student is an undergraduate student who is over the age of 24. This includes people who did not go to college directly after high school, as well as those who began their higher education and took some time off from school before going back to finish their degree. Although their age may vary, non-traditional students commonly have a clear goal for their college experience.

Patrick Eberhardt ’17 said he is planning on completing a Master’s program in English, so he can teach at the high school level.

“I know exactly what I’m working toward, and having that focus is making this a better experience for me. I feel like I’m getting a lot out of the experience” Eberhardt said.

After attending James Madison University, he took time off to work various jobs, including bar and restaurant management. After a family tragedy, he decided to go back to community college and was encouraged by a sponsor of a leadership program there to apply to the College.

“I have a different outlook on life at this age where I really enjoy experiences and meeting people,” Eberhardt said. “Every opportunity to do anything is an opportunity for learning, learning about things around me and learning about myself.”

“I have a different outlook on life at this age where I really enjoy experiences and meeting people. Every opportunity to do anything is an opportunity for learning, learning about things around me and learning about myself.” — Patrick Eberhardt ’17

Living independently and having to support oneself financially adds a level of maturity to the college experience as well.

“Going to work and seeing what’s out there really does prepare you for college,” Bette White ’16 said.

White said that because of these additional real-life experiences, non-traditional students can focus more on school.

“We can have more focused goals because we’ve had to go through a lot to come here,” White said.

After high school, White went to secretary school and then started a family, at which point she focused on her daughter’s education. Before coming to the College, she worked in the public school system with learning-disabled children, and is now working toward teaching English in public schools.

In order to work toward her degree, she resigned from her job and made other major changes.

“I upset my entire life,” White said. “I’ve gone down the rank and ladder a little bit and now I’m working my way back up, but it’s something that I’ve wanted to do for so long that I feel really blessed to be here.”

Non-traditional students experience simultaneous assimilation and alienation from the rest of the student body. As full-time undergraduate students, they take classes alongside people who can be more than 20 years their junior. Depending on where they are housed, they can have traditional-age roommates and the same meal plans as traditional students.

The size of the age gap and the personality of the student can affect the student’s ability to integrate comfortably into extracurricular groups.

“Everybody’s been really nice about joining clubs,” Eberhardt said. “I don’t think being a non-traditional student has been a problem with that … and if people have been weirded out they stay away from me.”

Currently, the College does not have any specialized groups or programs for non-traditional students.

“In the early 2000s, a program called Prime Tribe was created for non-traditional students as a club to identify people who have that shared experience,” Assistant Dean of Students Ben Boone said. “The presence of Prime Tribe has varied by year depending on what students feel like they need out of it.”

During orientation — in which non-traditional students are grouped with transfer students — the program is introduced in a reception specifically for students over 24 years old.

This year, however, according to Boone, the organization is waning and the reception was cancelled. For non-traditional students who would benefit from an established network of similar students, Prime Tribe could serve as a precedent or be revived.

By and large, many non-traditional students said that an unconventional academic career has been beneficial to them. Instead of staying in semi-satisfactory careers or working toward retirement, these students said they recognized that it is never a bad time to keep learning.

“Retire from what? Retire to what? If you’ve been in some job you hated, I can see why it would be a milestone,” White said. “I’m not there yet, I haven’t done what I wanted to do yet. I’m just a late bloomer.”