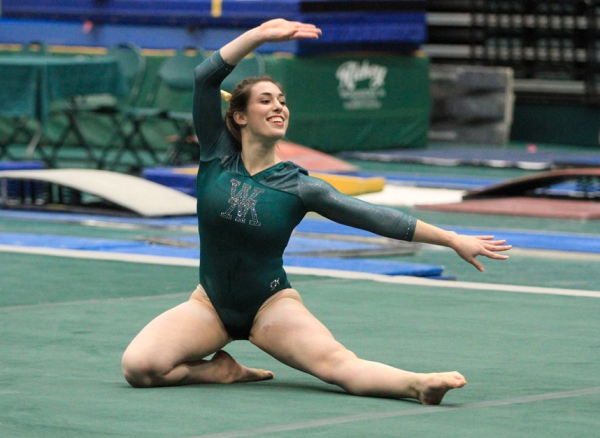 William and Mary opened its season with a pair of close losses on the women’s side. On Jan. 10, the College fell on the road 192.400-189.050 to North Carolina. Five days later, the Tribe fell by a very narrow margin at home to Temple by a score of 190.150-190.100. The men’s team opened the season on a higher note, finishing with four individual event winners in the State Open held at Kaplan Arena Jan. 17.

Against UNC, the Tribe performed best on the floor, finishing with a score of 47.925. The top individual scorer on the floor was freshman Aaliyah Kerr, scoring a 9.675. The best individual performance in the meet for the Tribe came from senior Brittany Stover, who scored an impressive 9.800 to win the vault event. Freshman Katie Webber also starred in the vault, posting a 9.575. Junior Briana Gironda finished third in the all-around competition with a score of 38.425.

The best individual performance in the meet for the Tribe came from senior Brittany Stover, who scored an impressive 9.800 to win the vault event.

The Tribe women will hit the road to face West Virginia University this Sunday, Jan. 24 in Morgantown, W.Va. The men compete next at the Navy Open Jan. 30 in Annapolis, Md.