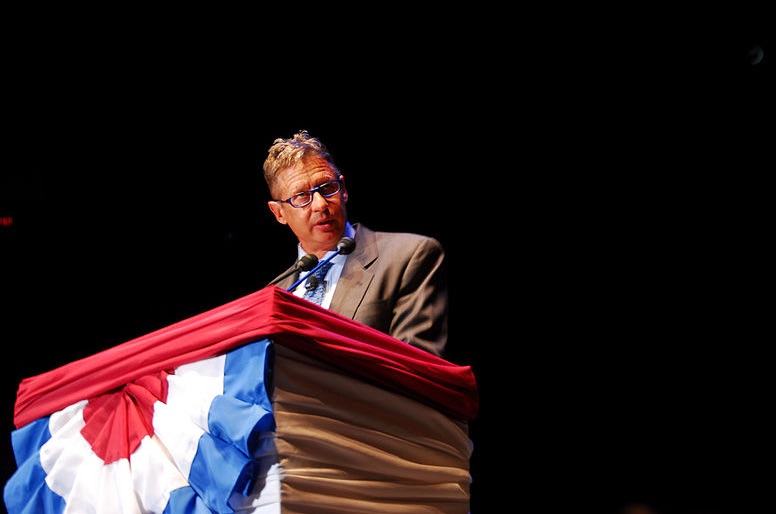 I’m sure, as educated members of the electorate, you’re already aware that this election is a terrifying situation in which civility and social norms have been thrown out the window, replaced by birther conspiracies and comments on Megyn Kelly’s menstrual cycle. We’re even seeing a socialist revival, well-branded as “democratic” and sold by a man who is genuine and likable, even to the most cold-hearted libertarian. The libertarian take on the 2016 election cycle? If this is what politics looks like, we need to reduce the amount of power entrusted to these fools.

Trump and Cruz are two sides of the same bigoted, faux-limited-government coin. Rubio is closely behind them, with slightly more civility and intelligence. None of the top three, however, legitimately favor the limited government that is consistent with libertarian principles. Escalating foreign intervention, sticking to tough-on-crime mandatory minimums and outdated drug policy, and yelling onstage about the ills of politically correct culture does not closely align with the ideas of limited government, but rather an unpalatable brand of conservatism that isn’t working for young voters.

We can be in the business of discouraging medical innovation, technological advancement and the creation of valuable, affordable products, but I don’t think it will serve us well.

From a libertarian perspective, Bernie is the best pick in terms of criminal justice reform and non-interventionist foreign policy. I’ve followed the Sanders campaign closely, deeply intrigued by his momentum and appeal, as well as the degree to which he’s detracted from Hillary Clinton’s base.

Any student of economics, however, should be a cautious consumer of his democratic socialism sell: more government regulation and intrusion will not be a good thing. Higher taxation of the wealthy will only disincentivize entrepreneurs and innovators. Sanders’ platform claims that, “[he] will stop corporations from shifting their profits and jobs overseas to avoid paying U.S. income taxes,” but he entirely misses the point — outsourcing happens as a result of comparative or absolute advantage. Moreover, if businesses are taxed at drastically higher rates, they will no longer have the same incentives to operate in the United States — they will simply shift to other countries where taxes are lower and they can be more profitable. We can be in the business of discouraging medical innovation, technological advancement and the creation of valuable, affordable products, but I don’t think it will serve us well.

I understand why his messaging is appealing. Capitalism feels inherently flawed to many millennials — there’s an unsettling hierarchy created by it, but it’s also responsible for millions of valuable innovations in our society, from cancer treatments to Facebook. Read some Milton Friedman, think about the unintended consequences of Bernie’s policies and reflect on the way incentives play into human behavior. I recommend reading Arthur Brooks’ “The Conservative Heart” or John Mackey’s “Conscious Capitalism” (take heart: he’s the CEO of Whole Foods, not some Glenn Beck pawn). If your attention span is shorter, check out Nick Gillespie’s excellent interview with John Mackey. Bernie’s economic policy sounds the best, but I don’t think it actually is the best.

In other words, the GOP is stacked with clowns and Bernie is selling idealistic millennials a poor economic plan sandwiched between good criminal justice reform and excellent foreign policy.

In other words, the GOP is stacked with clowns and Bernie is selling idealistic millennials a poor economic plan sandwiched between good criminal justice reform and excellent foreign policy. That leaves us with Hillary, who will be only marginally better than Bernie, but leaves libertarians skeptical about her ability to follow laws and prioritize transparency. The libertarian candidate, Gary Johnson, is fairly good, but we’re all aware of how unlikely people are to vote for him, even if they believe in his policies — people are simply afraid of throwing their votes away. In short, we’re doomed.

But we don’t have to be. The libertarian way of looking at the world prioritizes limited government — not because we hate the poor or love the hierarchy created by capitalism — but because we believe people largely deserve the ability to provide for themselves, make their own choices and pursue their own fulfillment without paternalistic government intrusion. We believe in an end to the failed drug war, greater accountability and transparency in government agencies, a return to Fourth Amendment principles and protection of privacy. We believe in less government regulation and more economic opportunity. Until a mainstream candidate can show commitment to those principles, I’ll be gladly throwing my vote away for Gary Johnson.

Disclaimer: This does not represent the opinion of everyone in College Libertarians. Come hang out with us on Thursdays at 7 pm to learn more.