Home Opinions Guest columns Inflammatory posters should not be anonymous 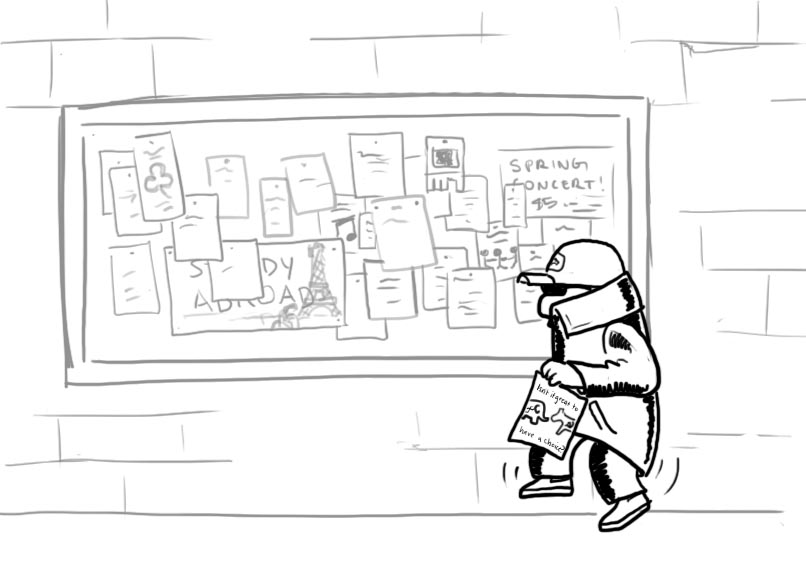 Last week I walked into Swem Aromas and was confronted by a flier tacked on the bulletin board. The campus is covered in fliers announcing student-led events and organizations, faculty talks, job or internship opportunities and graduate school programs. This flier was different. Not because the flier had on it a stylized image of an elephant and a donkey representing the Republican and Democratic Parties of the Unites States, respectively. Nothing strange about this. There are many bipartisan political organizations on campus and they will often put up fliers.

But this flier was different. On the elephant, there was a Nazi swastika and on the donkey was a Communist hammer and sickle. Under these two images was written, “Isn’t it great to have a choice?”

I should state first that I support the right for someone to post fliers around campus. I have often found them to be a good way for students to communicate and organize when they please. There are the names of the person or organization that posted this flier around campus. Most fliers say on them the organization that is responsible for posting them. This is a good practice, especially on fliers with a political or controversial subject matter. Without the authors taking credit for their work, it is impossible to start a dialogue.

This flier is not the beginning of a discussion; it is an invisible critic yelling at other people with no accountability.

Because this flier is uncredited, the College Republicans and the Young Democrats have no way of knowing who is criticizing them and will therefore have a hard time responding to these characterizations of their parties. One of the fundamental goals of a liberal arts university like the College of William and Mary is that people with different views can come together and discuss those views. The lack of a name on this flier is not conducive to fostering such discussion. We cannot learn why the author of this flier feels so negatively about the two political parties of the United States and what the author would like to see done about our party system. This stops intellectual growth from occurring.

This flier is not the beginning of a discussion; it is an invisible critic yelling at other people with no accountability. In our current era of vitriolic verbal attacks, with the most divided body politic in the living history, when internet communication allows people to verbally attack each other with no repercussion, surely the last thing our campus needs is more uncredited yelling. I call upon the creators of the flier to take credit for their work to rectify these problems.